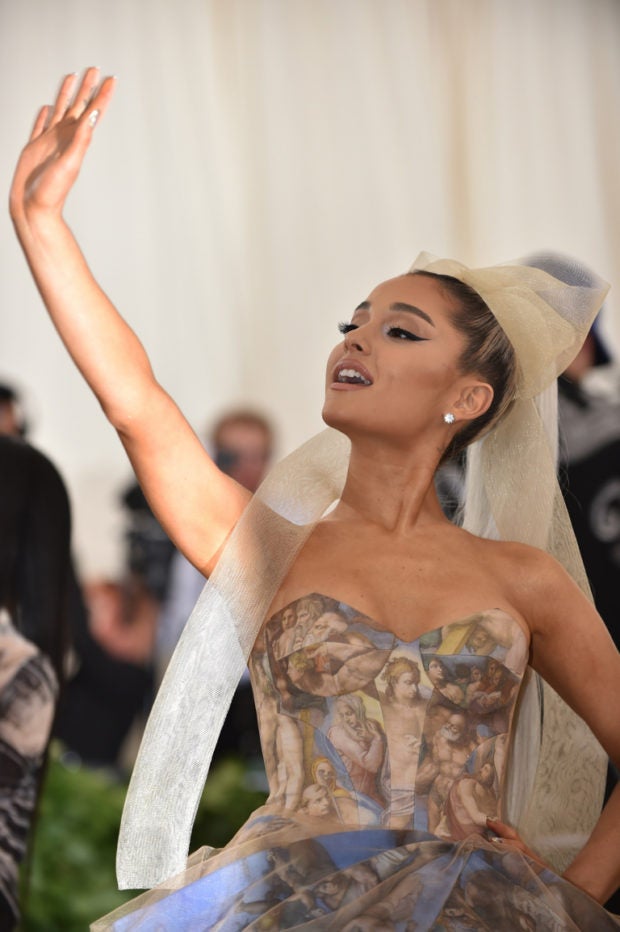 Ariana Grande has released the latest visual for her album “Sweetener,” this time setting the track “Breathin” to a three-minute video featuring her pet pig, Piggie Smalls.

Compared to the highly produced and stylized videos for “No Tears Left to Cry” and “God is a Woman,” this one is a low-tech ode to her tiny pig, who simply (and adorably) walks around on a bed for the full three-minute clip.

Grande’s fiancé, Pete Davidson, previously talked about the couple’s newly adopted pig in an interview with Seth Meyers. Grande, he explained, “was like ‘I want a pig’ and then an hour later it was just there,” later calling Piggy Smalls “a bougie pig.”

“I want it to get big and fat,” he said, then showed Meyers his new Piggy Smalls tattoo. KM