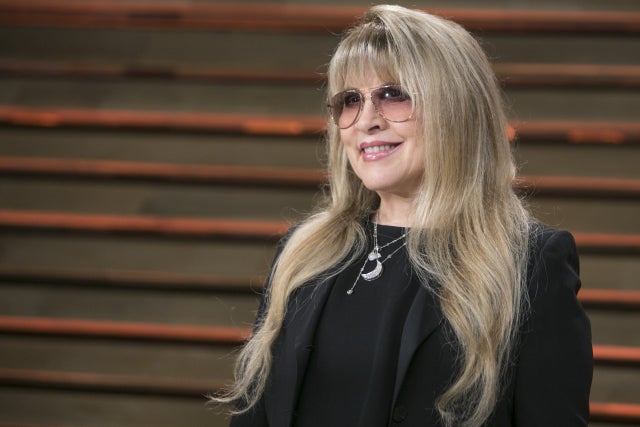 Stevie Nicks, already an inductee of the Rock and Roll Hall of Fame as the singer of Fleetwood Mac, was nominated to the music pantheon for the first time as a solo artist on Tuesday.

Nicks launched her solo career in 1981 when still a member of Fleetwood Mac, whose album “Rumours” is the fifth-highest-selling album of all time. She has since released eight studio albums and chalked up massive record sales.

To be nominated for the prestigious Hall of Fame, which is based in Cleveland, Ohio, an artist or band has to have released their first commercial record at least 25 years ago.

Fleetwood Mac was formed in London in 1967, but Nicks joined the line-up in 1974 when they were recording in Los Angeles, giving the band a more folk-rock appeal. Their eponymous 1975 album went to number one in the US charts, while “Rumours” topped the charts for 31 weeks two years later. They were inducted into the Hall of Fame in 1998.

Roxy Music was formed in 1970 by flamboyant frontman Bryan Ferry during the glam rock period, but also had a strong influence on the New Wave scene of the 1980s.

Def Leppard, another English band up for induction for the first time, came together in 1977 in Sheffield and were one of the most successful bands of the early 1980s, with number one hits like “Love Bites” and “Pour Some Sugar on Me.”

John Prine, aged 71, has carved out a niche as one of America’s leading folk singer-songwriters, noted for often humorous lyrics that nonetheless deal with harsh realities.

Innovative US rocker Todd Rundgren, 70, scored hits with “We Gotta Get You a Woman” in 1970 and “Hello It’s Me” and was an early adopter of new technologies in music, including using the internet to distribute his work in the 1990s.

Another experimental act on the ballot for the first time are quirky 1970s rockers Devo, whose hit “Whip It” got to number 14 on the Billboard chart in 1980 and gained the band mainstream recognition.

Among other big names listed for this year’s Hall of Fame to be announced in December are British angst-rock icons Radiohead, who received their first nomination last year, rock-activists Rage Against the Machine and the German electronic music pioneers Kraftwerk. NVG