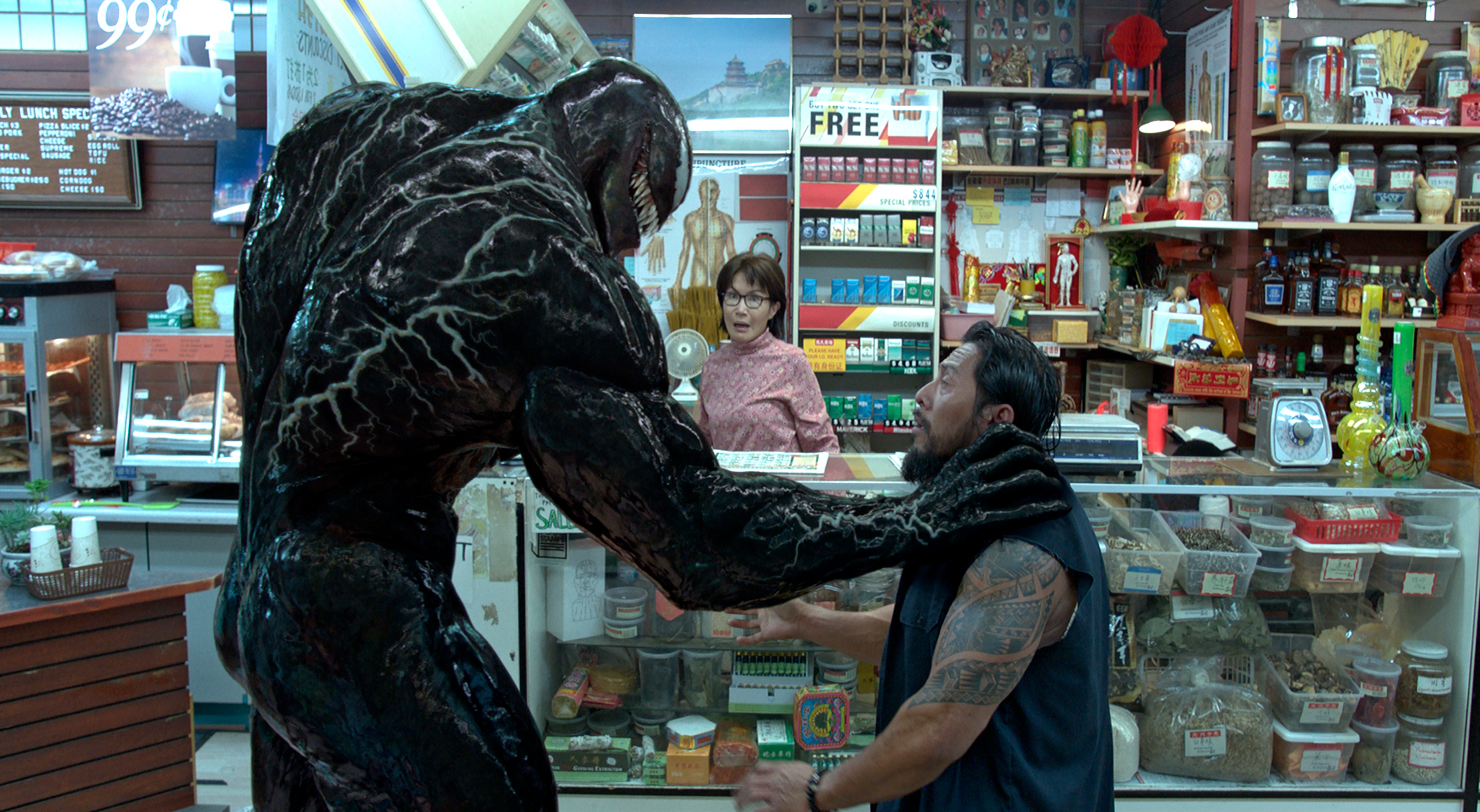 NEW YORK — In a weekend of perfect counterprogramming for Hollywood, the comic-book movie “Venom” shrugged off bad reviews to shatter the October box-office record with an $80 million debut, while Bradley Cooper’s “A Star Is Born” soared to $41.3 million.

With $174.5 million in tickets sold at U.S. and Canadian theaters, according to comScore, it was easily the best October weekend ever thanks to two very different films that both outperformed expectations.

“Venom” came in a critically panned, much-doubted foray by Sony Pictures to kick-start a Marvel expansion away from “Spider-Man.” Warner Bros.’ “A Star Is Born” remake rode a wave of hype, Oscar buzz and acclaim for Cooper’s directorial debut and Lady Gaga’s first leading performance.

One was a very iffy proposition; the other a sure thing. Both worked big time.

“We knew we had a hit,” said Warner Bros. distribution chief Jeffrey Goldstein of “A Star Is Born.” ”We also knew that every time people saw the movie, they felt it, they cried, they loved it. People just like the movie.”

That was more in question for director Ruben Fleischer’s “Venom,” starring Tom Hardy as the antihero who first appeared in 2007’s “Spider-Man 3.” The film earned a dismal 32 percent “fresh” rating on Rotten Tomatoes. In “Venom,” many expected another studio misfire with “cinematic universe” ambitions.

Yet audiences flocked to “Venom” in record numbers, giving it a B-plus CinemaScore. The previous best October opening was 2013’s “Gravity” with $55.7 million (not adjusted for inflation). Adrian Smith, president of domestic distribution for Sony, said that even though the studio was confident, “I did not see $80 million coming.”

The most telling number that explained the film’s success, Smith said, was the 89 percent “fresh” audience score on Rotten Tomatoes. “Venom,” which cost about $100 million to make (relatively modest for a superhero film), grossed a total of $205.2 million globally.

Steven O’Dell, Sony’s president of international distribution, said the studio wanted to carve out a new approach for the comic-book adaptation with the PG-13-rated “Venom.”

“This is not a Marvel style; it’s not DC,” O’Dell said. “Tonally, it’s its own unique direction.”

While “Venom” attracted a younger, majority male audience, crowds for “A Star is Born” were more female, at 66 percent, and older, at 68 percent over 35.

“In our older audience, we had people who hadn’t been to a movie in years,” Goldstein said.

Warner Bros., which premiered “A Star Is Born” last month at the Venice Film Festival, previewed the film in special advance screenings in the days ahead of opening, adding an additional $1.3 million in ticket sales. The fifth version of the oft-remade tale, which cost about $40 million to make, had been in development at Warner Bros. for decades, with earlier versions to potentially star Whitney Houston or Beyonce.

With “A Star Is Born” expected to play a large role in awards season, Goldstein said the film is sure to run through Christmas. The movie’s soundtrack also reached No. 1 on iTunes this week.

The two films dominated the marketplace, though in limited release, Fox 2000’s “The Hate U Give” opened with $500,000 on 36 screens. That gave George Tillman Jr.’s adaptation of Angie Thomas’ best-selling young adult novel, starring Amandla Stenberg, a modest $14,000 per-screen average. The film is set to expand nationwide in the next two weeks.

Aubrey Wells, who wrote “The Hate U Give” adaptation, died Friday at age 58 after a five-year battle with cancer.

“Venom” and “A Star Is Born” helped push the year-to-date box office further above last year, now up 9.2 percent.

“The industry is absolutely on fire right now,” said Paul Dergarabedian, senior media analyst for comScore. “We just finished the second-best September ever. If we keep this up, there’s no question we’re going to get a record.”