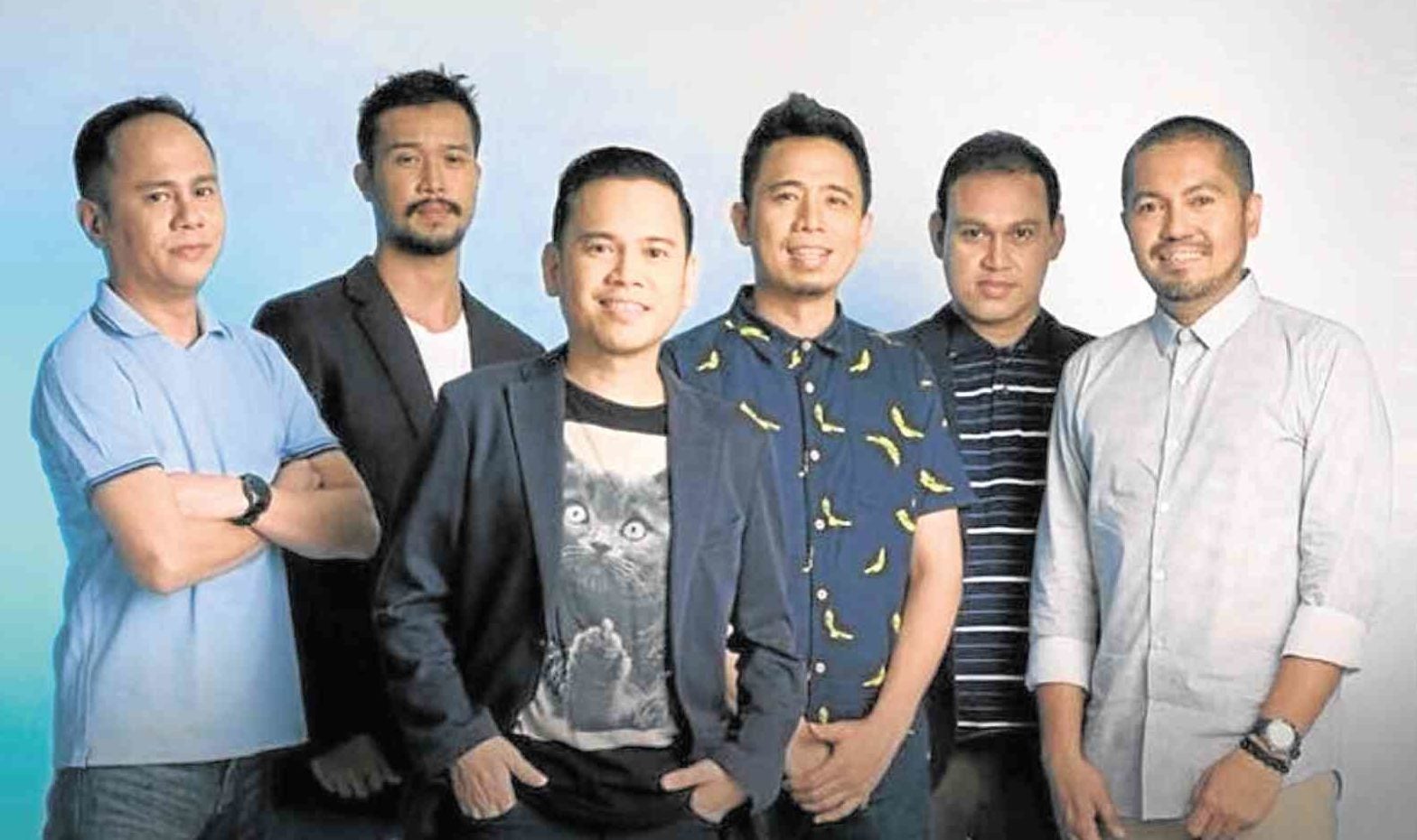 Medwin Marfil (third from left) with other members of True Faith

Medwin “Meds” Marfil, frontman of my all-time fave band True Faith (TF), and I have been kindred spirits and partners in crime for over a decade now. I cannot thank TF enough for staging a miniconcert gratis et amore in all my parties.

After 25 years in the biz, the group is still very much in demand. Bands come and go, but only the rock-solid ones, like TF, remain.
In celebration of its silver anniversary, the iconic band is mounting the concert, “Far From Perfect,” on Oct. 25, 8 p.m., at the Music Museum, with special guests Cooky Chua, Better Days and DJ Ouch (call 0916-6392291).

True Faith’s songs are part of the soundtrack of every Pinoy’s sojourn. Whatever state your heart is in, there’s a TF song that’s apt for it.
Bravo, True Faith, for your staying power. Far from perfect? As TF’s good friend and fan, I would say that it’s more like “close to perfection.”

Here’s my chat with Medwin:

What was the turning point in True Faith’s career? The band’s been through a lot of ups and downs. Back in the mid-’90s, the group’s original lineup broke up, and it wasn’t certain if continuing it then would be fruitful. I’m glad we did recover, and I’d like to believe that my former bandmates and I have managed to maintain a level of friendship.

With the entry of Allan Elgar as lead guitarist, Macky Macaventa as bassist and Kaka Quisumbing as drummer, True Faith has regained our purpose and direction—and we’re having a grand time!

Is it easier for you to write a song when you’re sad or happy? As they say, “The flower that blooms in adversity is the prettiest.” I believe a song is of the same manner. When the emotional climate seems a little restless and sad, creativity can reach its peak. We’re more known for sad songs, but happiness is also a spark to bring out the inner Shakespeare in us.

What’s your advice to parents who resent their kids pursuing their passion to become musicians, since they think it’s not a stable job? We cannot be truly happy if we aren’t allowed to pursue our passion. Parents should let their children explore their creativity.
Just to be pragmatic, and if they have extra time, maybe apart from learning the arts, they can also pursue a “practical” course.

What can fans expect from TF’s silver anniversary concert? It will be a delight for those who’ve followed our musical journey. Songs that our fans love that we rarely play during regular gigs will be part of the set. Filmmaker Adrian Arcega will be treating the audience to a visual feast, with video effects to blend with the songs.

What are your major plans after 25 years? We’ll keep making music, because that’s what we love to do—until we’re in our 90s (laughs).

What’s your personal anthem? For self-affirmation, I listen to George Benson’s “The Greatest Love of All.” In the same vein, I like Katy Perry’s “Roar,” too. On the concept of love and sacrifice, Simon & Garfunkel’s “Bridge Over Troubled Water” reminds me that I also live for the needs of my loved ones.

What song will TF never sing, even if the audience requests for it? “My Way.”

Looking back at the band’s journey, is there anything you wish you could have done differently? I wish I didn’t have to go through some personal and artistic disagreements with colleagues. But, I guess that’s part of it, right?
There were perhaps better ways to get some things done. You make mistakes, and you wish to be forgiven. I have done wrong, and I learn from them. It wasn’t all rosy and perfumed all the time. Hence, the name of our anniversary show: “Far From Perfect.”