What happens when Jake Gyllenhaal is in a good, funny mood | Inquirer Entertainment

What happens when Jake Gyllenhaal is in a good, funny mood 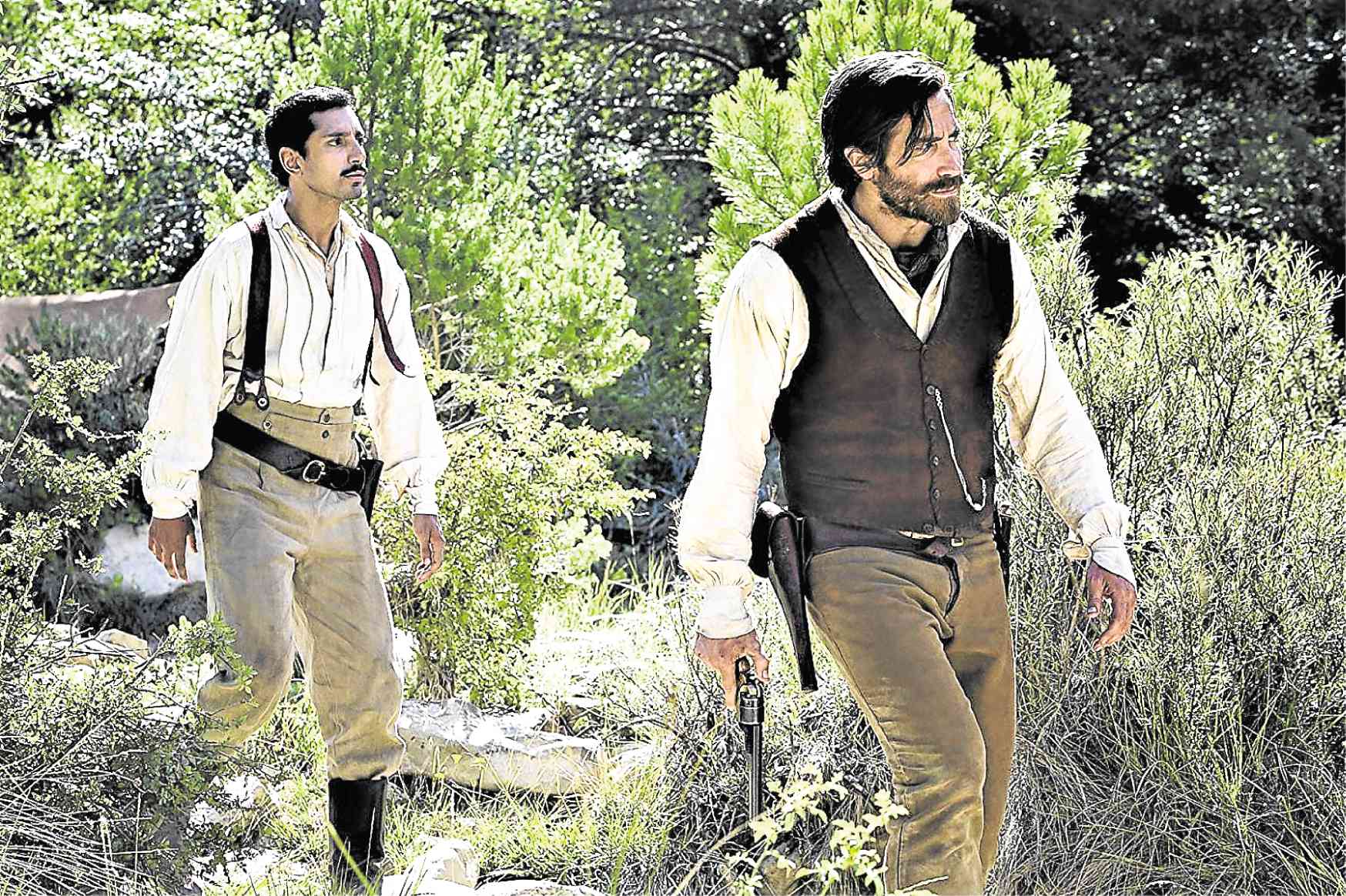 LOS ANGELES—Ask Jake Gyllenhaal about his idea of luxury and unwinding, and the playful actor in him comes alive. “My idea of luxury is Cartier,” he replied, suddenly posing as if for a commercial cameraman, soulful eyes looking straight at you, while showing off his Santos watch by Cartier, for which he is an endorser.

“Cartier and Calvin Klein, the sort of scent of Eternity, those are my two ideas of luxury,” added a smiling Jake, who is also in the ad campaign of the fragrance. He continued to strike a pose as if modeling for an ad photo shoot, holding up his left wrist to display the signature watch.

“And I also have a very important and strange obsession with pillows,” he continued, on a roll now. He was laughing. “Pillows are very important. I don’t think that pillows are given enough credit, honestly.  There. I said it—I am obsessed with pillows. And unwinding. Obviously, I have answered both questions in one. Pillows are really where I like to unwind.”

“Have you dated any pillows?” Jake asked aloud, grinning now. “The answer to that is yes, I actually have. I probably have too many pillows. I have about six pillows on my bed. And after the past hour of talking about it, that will be the only thing that you will write about.  That’s fine. Six pillows.”

Since his “The Sisters Brothers” director is Jacques Audiard, we inquired if he speaks French. Speaking with a French accent and pretending to hold a cigarette, the actor in Jake was in full mode now: “Yeah, I speak French a little bit. I can speak French better when I am trying to speak English. I joke with Jacques and he is like, ‘Do you want a cigarette?’ I am like, ‘I can smoke like this. I am very nervous.’”

In “The Sisters Brothers,” a western dark comedy set in California’s Gold Rush in the late 19th century, Jake has a lot of screen time again with Riz Ahmed, his costar in Dan Gilroy’s “Nightcrawler.”

“Yes, I bring Riz—nothing is possible without me,” he quipped with a laugh. The Oscar and Golden Globe nominee was obviously in a particularly good mood today.

“No, Riz read with Jacques,” he clarified. “Riz is so Riz, so apparently he missed the meeting with Jacques because he overslept. Riz will never stop oversleeping, no matter how successful he gets (laughs). He auditioned for Jacques for the role, then it was just this surprise to the two of us that we were working together again. It’s a funny surprise.

“But I am hoping for one more film with Riz so that I can get it f**king over with because that will be three in a row and we will never have to work together again. No, but it was pretty cool. We donned different costumes and our characters had a different type of relationship. And we worked together again so intimately.”

Jake, who was once reported to be in the running for the Spider-Man role if Tobey Maguire did not return for “Spider-Man 2,” will at last get to be in a movie about the web-slinging hero. But as the villain, Quentin Beck/Mysterio, in Tom Holland’s return as Spidey, “Spider-Man: Far From Home.”

“I have always been fascinated with that type of storytelling,” Jake said about the superhero genre. “I am totally into it, excited by it, but I can’t say anything about it.” 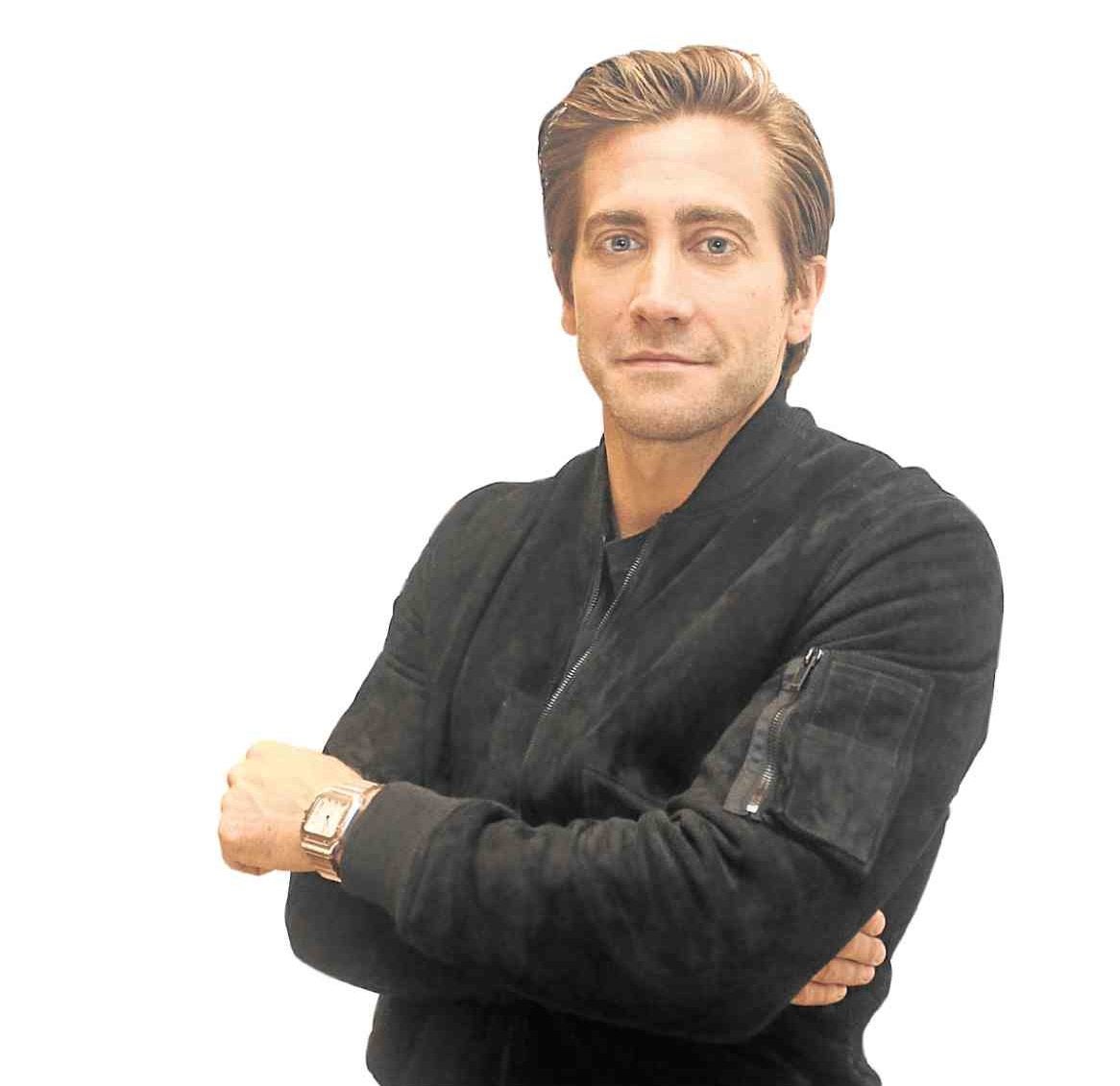 “Marvel is doing pretty incredible stuff, particularly taking pretty bold steps. They have taken a bold one with this one, too. As you know, I am always into doing something, but it’s really what the story is about. This one is pretty cool, and that is all I can say. And Tom Holland is pretty great, too.”

Jake is also in preproduction for director Cary Joji Fukunaga’s “The American,” where he will play Leonard Bernstein, one of America’s great composers.

“I developed this story about Bernstein for basically the past five years,” said Jake, who is producing the film adaptation of Humphrey Burton’s biography of the man behind the music of “West Side Story.” “I started my production company and the first project that we began with, and the character that I have always wanted to do, was that character. So we developed it over five years.

“The idea first came to me when I was working with Sam Mendes on ‘Jarhead.’ I told Sam about it, and he loved that idea.  Then, I didn’t do anything about that, and that was 15 years ago. But I find Bernstein so indelibly fascinating as a character and a contradiction—the search for identity that is truly American and Jewish.

“And being Jewish myself, I find him to be an extraordinary figure. I don’t know how everything will go and evolve.”

Bradley Cooper is also set to star in another Bernstein project, written by Josh Singer, which will be his follow-up directing job after his acclaimed filmmaking debut, “A Star Is Born.”

“It’s this strange situation that came up with both movies at the same time,” Jake commented. “I just want Bernstein’s story told in the most honest, beautiful way. He is one of America’s best and most revered artists. It’s like what do you do when two competing projects are up at the same time, and when you have two very interesting possibilities.

“All I can say is, I just want to see Bernstein’s story, whatever it is and whatever incarnation it’s told because I have loved it for a long time. He is incredible.”

Of his memories working on “Brokeback Mountain” with Ang Lee and the late, much-missed Heath Ledger, Jake reminisced, “There are lots of memories from that. The idea of the western changed a bit once that movie came out. The idea of masculinity and sexuality, because of that movie and what it said, made filmmakers go like, whoa.

“I remember us all starting the film and we were all living in our trailers right by this river in Calgary. It was Ang in one, me in one, and Heath and Michelle in one and a couple of other crew members living in this one place. Some of the fondest memories I have is getting up in the morning and one of us making coffee or breakfast for everyone else.

“Ang would walk over to set, then the actors would slowly walk over to set. There was a community and a real easy simple process that I think we complicate in making movies. I think that is in that film.”

TAGS: Cartier and Calvin Klein, Jake Gyllenhaal, My idea of luxury is Cartier