Triple treat for the brokenhearted 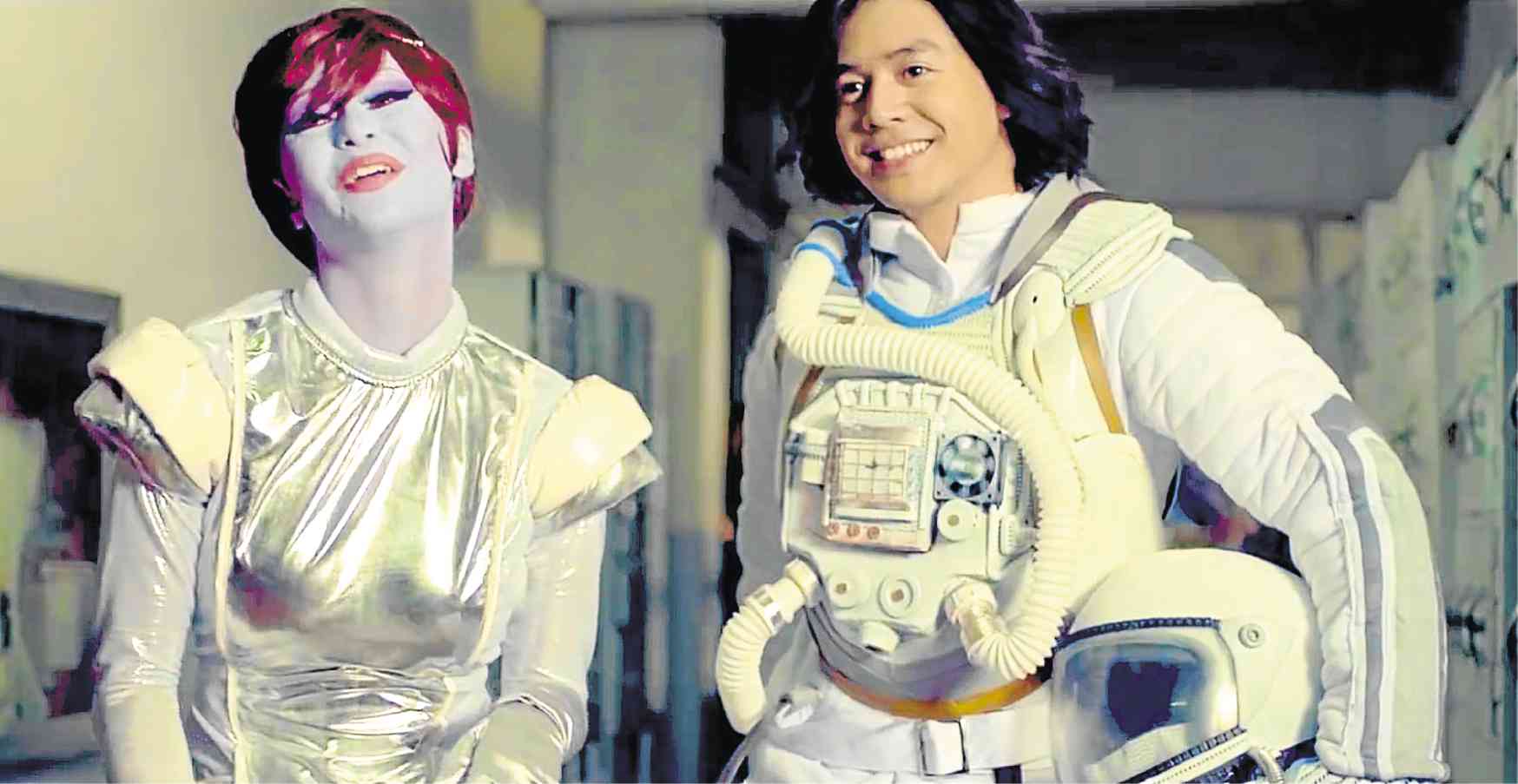 If you think you can’t go wrong with dashing Keanu Reeves romancing darling Winona Ryder in “Destination Wedding,” or with dreamy Hayden Christensen sweeping Emma Roberts off her Lilliputian feet in “Little Italy,” you’ve got another think coming.

While the last two titles have the edge, particularly in terms of their lead actors’ stellar appeal, it’s really Ricio’s romantic outcasts who will satisfy viewers’ craving for provocative insight and catharsis.

It would be foolhardy for Yassi Pressman, Louise delos Reyes, Shy Carlos, Sam Concepcion and Marco Gumabao to try to approximate the onscreen charm of their Hollywood competitors, but their characters’ intersecting tales are served well by their hugot film’s hip millennial vibe, music-enhanced stories, and Ricio’s anthology-style inventiveness.

To be fair, there’s something about the cast’s eager-beaver portrayals that brings out the quintet’s toothsome appeal as they breathe vibrant life into their broken, “once bitten, twice shy” characters.

Kath (the consistently reliable Louise) and Jackie (Shy, likable but overzealous as usual) don’t really know each other, but they’re brought together by their woeful romances.

Jackie has had her heart torn to pieces by two-timing jock RJ (Marco), who has grown tired of her effusive affection.

But Kath is in a tighter bind: She’s just been “rejected” by Alex (Sam), the sensitive stranger she met at a ramen house who kept her company on a road trip.

Ignoring the sparks that instantly flew the moment they met, Sam’s intention was to help Kath come to terms with her breakup with Miguel (Arvic Tan), who cryptically told her that he “needed space.”

Kath sees through the palpable pain in the kind stranger’s eyes but, unknown to her, there’s more grief than heartbreak in Alex’s sadness.

Alex has been a loner all his life—he’d rather be a fly on the wall than the life of the party. His constant confidant is his talking ceiling (we’re not kidding).

Then, he meets Shalee (Yassi), who turned Alex’s humdrum existence into an exciting adventure!

Unfortunately, life has a cruel way of reminding people that some precious things are too good to be true.

While Ricio taps into that “realistic” mindset with astute precision, he keeps cynicism at bay by employing narrative ploys that make the film’s visually inventive but downbeat tales smolder with a measure of hope.

For instance, in Shy and Marco’s episode, he utilizes delightfully staged choreography to dramatize the upbeat progression of their relationship.

There’s a downside to all that instructive “inventiveness,” however. The film should have been more judicious with its use of too much MTV-style exposition.

After some time, it makes viewers think that the movie is nothing more than an extended form of music video. But, in truth, there’s more to “Para sa Broken Hearted” than its distracting, pa-kwela excesses. 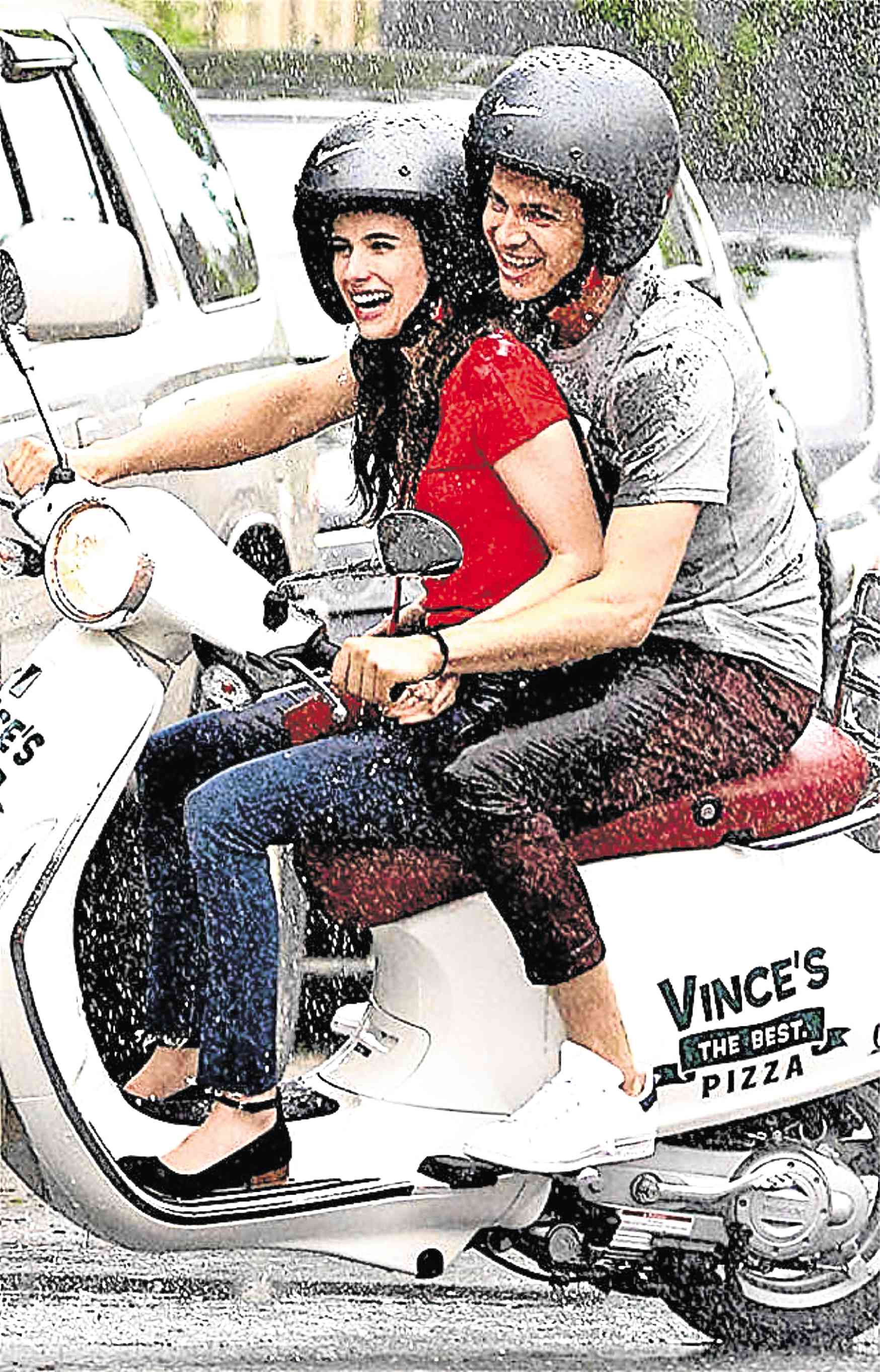 Even with their rom-com’s appealing culinary twist, Hayden Christensen and Emma Roberts don’t have enough chemistry to see them through “Little Italy’s” musty and undercooked references to “Romeo and Juliet.”

After her five-year, career-boosting stay in London, Nikki (Emma) returns home to Toronto for a two-week visit, only to realize that—she’s still in love with the “emotionally inaccessible” Leo (Hayden)!

But, just as Leo realizes that there’s more to his feel-good relationship with Nikki than mere friendship, he’s reminded that “sleeping with the enemy” is as big a mortal sin as it is sleeping around with a bevy of sex-starved beauties.

Nikki and Leo are fond of each other, but their pizza-and-pasta-peddling families aren’t. It doesn’t help that the attractive duo’s fathers have been fierce enemies since they won a cooking competition together.

Confused? Well, the film eventually explains how culinary partners could become fierce business rivals, but if the explanation doesn’t convince you, you can at least bask in the gastronomic treats the warring families whip up to “outcook” each other.

And even if it doesn’t seem like Hayden and Emma are the type of actors who would end up with each other, you’d still find yourself rooting for them—that’s how likable they are.

It doesn’t hurt that the film lives by a tagline that could win favor with the moviegoing hopeless romantics in our midst: Life can take you places, but it’s love that takes you home. Sniff. 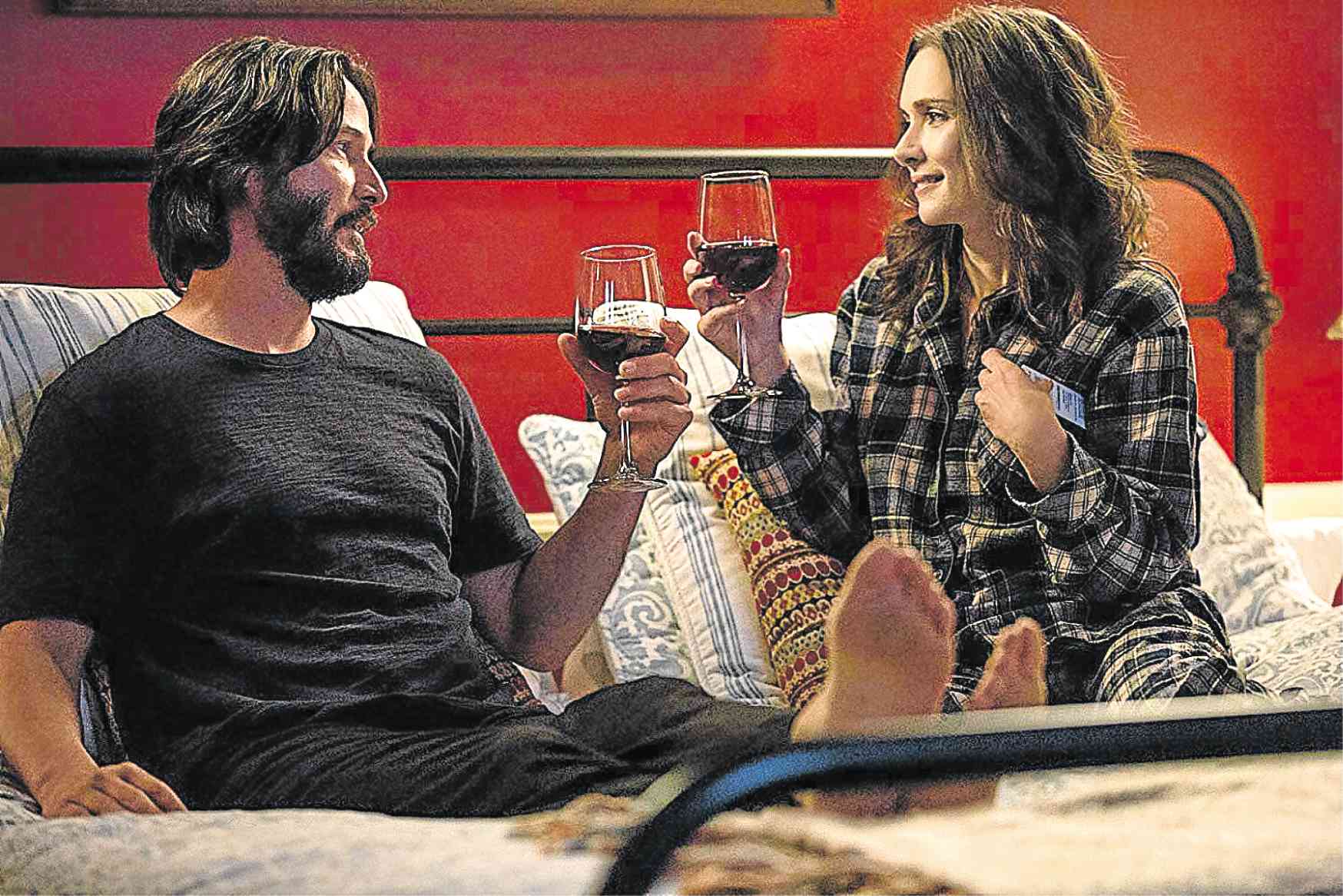 There’s a “cautionary” lesson to be had in Keanu Reeves and Winona Ryder’s big-screen reunion in “Destination Wedding”: Not all the charm and movie star dazzle in the world can save an unsatisfying film.

Frank (Keanu) and Lindsay (Winona) are strangers who find something in common when they grudgingly attend the wedding of Lindsay’s ex, Keith, and his Danish bride: They have sworn off love and romance—until they meet, mingle and realize they’re attracted to each other!

Despite their stellar presence, Keanu and Winona are weighed down by their nonstop, low-energy chatter. Their idea of “rom-com excitement” is sleepwalking through many of their shared scenes and much of their voluminous dialogue, as they attempt to turn their characters’ cynicism on its ugly head.

But, all the good-natured ribbing flies out the window when they start calling septuagenarians “predead,” unless you consider calling Keanu’s penis “balletically formed” fodder for rip-roaring comedy. We rest our case.