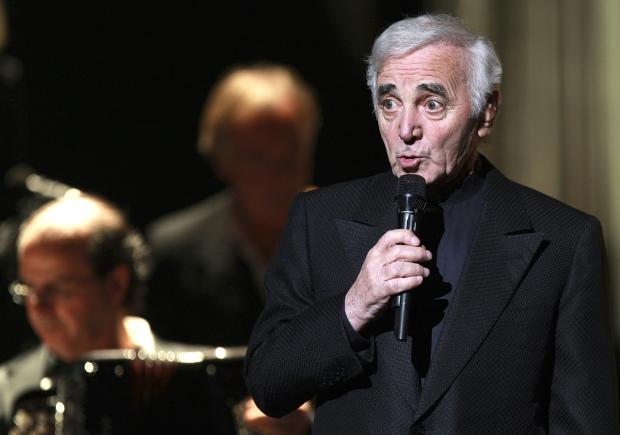 In this photo, taken Dec.17, 2007, Charles Aznavour, a French singer of Armenian origin, performs during a concert in Marseille, southern France. Aznavour, the French crooner and actor whose performing career spanned eight decades, has died. He was 94. (Photo by CLAUDE PARIS / AP)

PARIS — Charles Aznavour, the French crooner and actor whose performing career spanned eight decades, has died. He was 94.

One of the Armenian diaspora’s most recognized faces and vocal defenders, he seduced fans around the world with his versatile tenor, lush lyrics and kinetic stage presence.

He sang to sold-out concert halls until the end, resorting to a prompter only after having written upwards of 1,000 songs by his own estimate.

His death was confirmed by the French Culture Ministry.

Often compared to Frank Sinatra, Aznavour started his career as a songwriter for Edith Piaf.

The French chanteuse took him under her wing. Like her, his fame ultimately reached well outside France: Aznavour was named entertainer of the century in an online poll by CNN and Time magazine in 1999. /atm