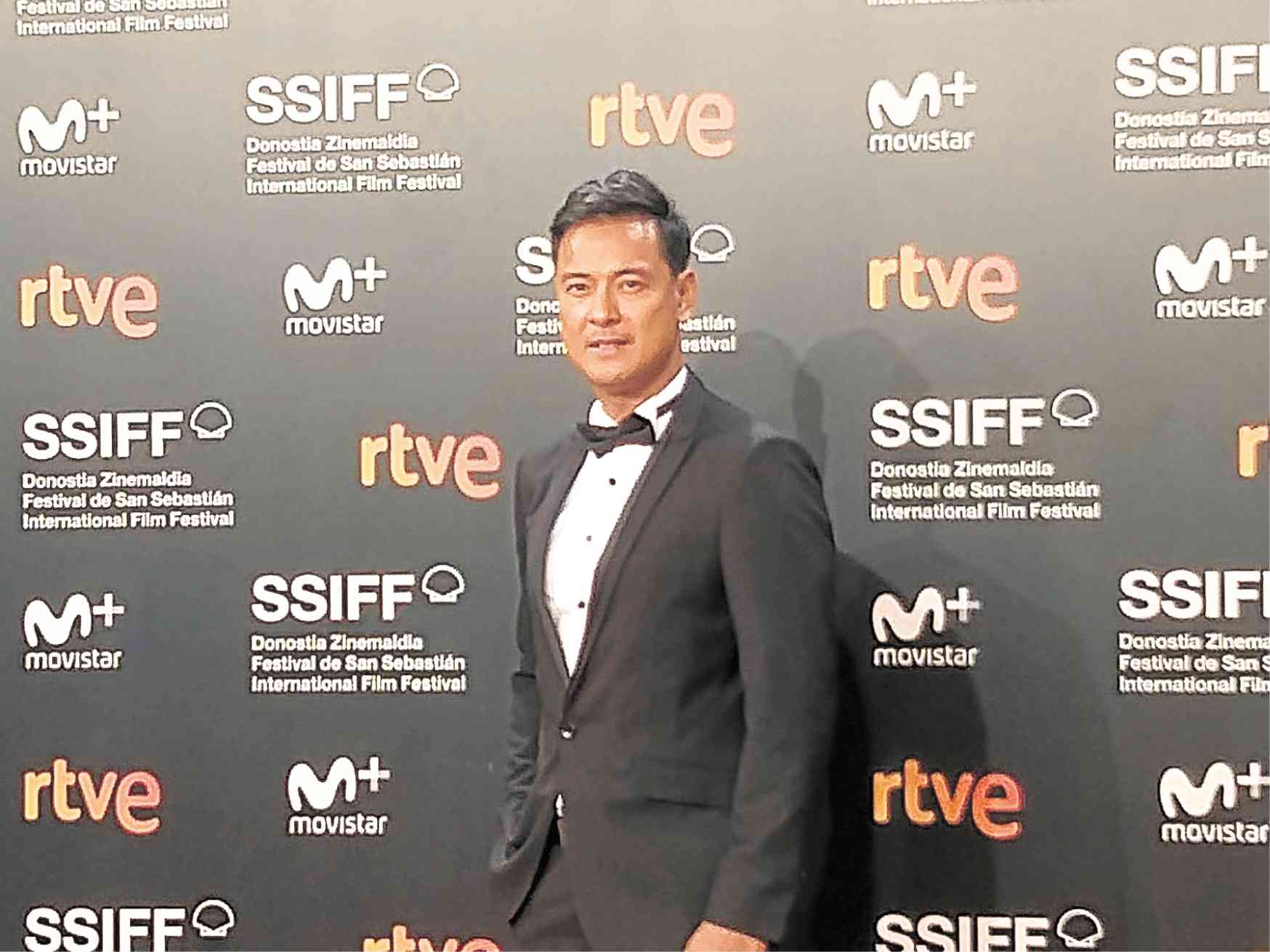 Filipino actor Allen Dizon should be flattered that he was able to spook foreign viewers who watched Brillante Ma Mendoza’s “Alpha, The Right to Kill,” at the recent San Sebastian International Film Festival in Spain.

Dizon attended the A-list fest, where his film competed in the main section.

The premiere night was memorable, the internationally acclaimed actor recalled.

Walking on the red carpet was a heady feeling, he conceded.

“The event was well-organized and everyone was kind and accommodating,” he told the Inquirer via Facebook Messenger.

He volunteered that the gala night was quite an experience.

“Nakakatuwa,” he said of the premiere. He pointed out that it was heartening to hear the crowd cheering as the end credits rolled. “Grabe ang response ng mga tao. The venue, which was as big as the CCP Main Theater, was full.”

Some audience members waited for them at the theater lobby after the screening, he related. Most of the viewers’ questions revolved around the country’s present situation. “They were aware of what’s happening back home. During the press conference, the questions were not limited to the government’s war on drugs, though. Direk Brillante answered all the political questions.”

One thing Dizon can assert confidently is that “Alpha” is no propaganda film.

“It tackled the drug issue, but Direk Brillante’s style is very subtle,” he said.

Dizon, who plays a sinister, corrupt policeman in the gritty urban drama (just like in Mendoza’s controversial Netflix series, “Amo”), snuck into the film’s screening in San Sebastian’s Old Town.

“After the screening, when the lights were turned on, some viewers recognized me,” he remarked.

“They were surprised to see me there,” he added. 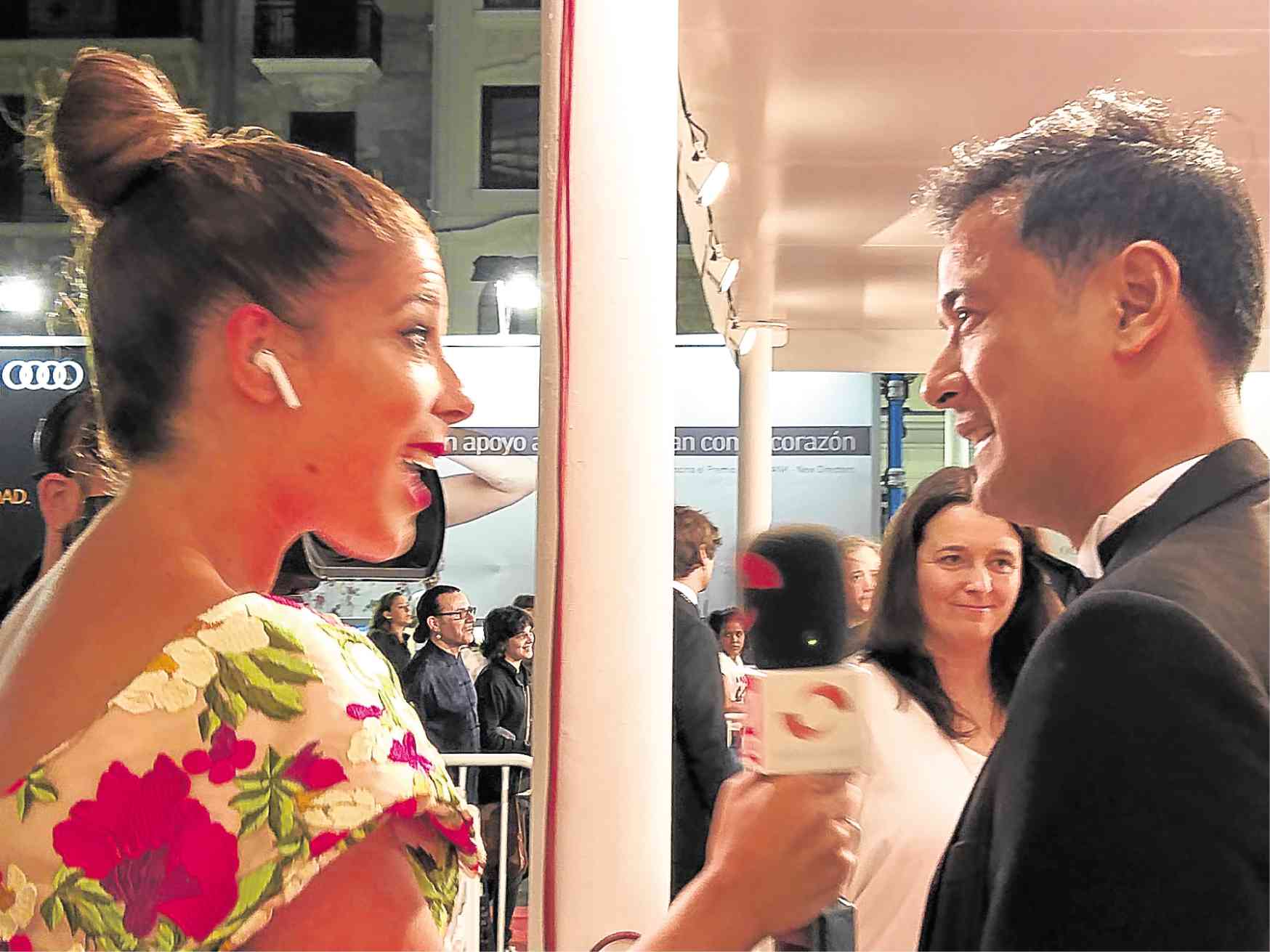 It was like winning an award, he quipped. “They kept saying that I was brilliant. That they loved the film. That I was scary,” Dizon reminisced. “The feedback was generally positive. Win or lose, I was glad and grateful to be part of an A-list festival like San Sebastian. The place and the people were beautiful!”

Reviews from mainstream media are polarizing, as usual. The Hollywood Reporter’s Jonathan Holland calls it “a less-polished addendum to ‘Amo’ … high-energy but superficial … less in-your-face than some of Mendoza’s previous work … [it] could easily be a documentary about Manila.”

Screen International’s Jonathan Romney sums it up as “depressingly familiar, but [it] derives a powerfully specific charge from the film’s context: the war on drugs.”

After the screenings, he had the chance to explore Barcelona and Madrid with his wife. Although Mendoza had already gone home by then, Dizon and the other members of the Philippine contingent opted to stay and attend the awards night on Saturday.