Social media has made information — and celebrities — more accessible than ever. One can watch their favorite actor’s gym workout or find out who their latest K-drama crush is, by just thumbing through their social media feeds.

More than their random thoughts of the day, some personalities have also been using their platform to voice their thoughts about social and political issues.

This isn’t new to Daphne Oseña-Paez, who has been articulating her thoughts in a Livejournal blog since 2007. 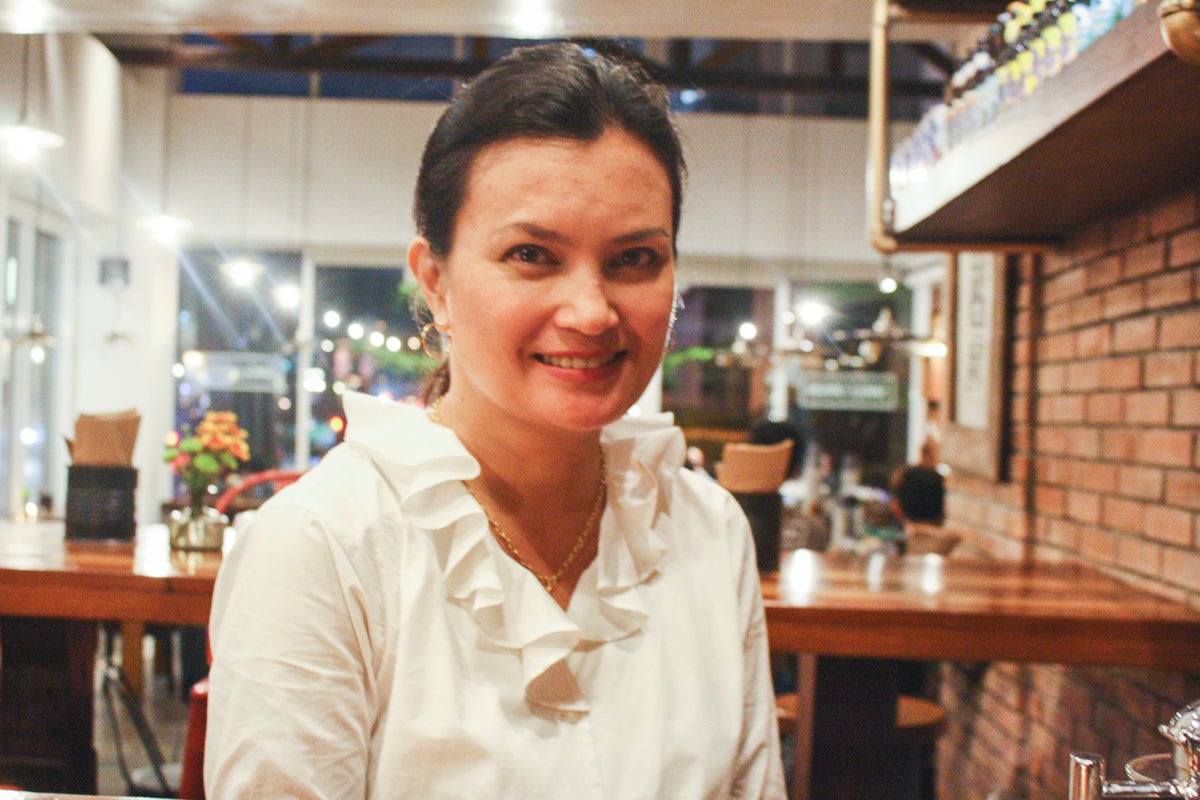 “I was already blogging before it was even a thing,” recalled the lifestyle TV host and entrepreneur, in an exclusive interview with INQUIRER.net. She notes that back then, bloggers even refused ads because they saw the platform as their personal diary.

In 2010, it was her blogs on breastfeeding which caught the attention of UNICEF, the United Nations agency which advocates for children and mothers in developing countries.

“When I got involved with UNICEF, there was no social media. It was just really me and my blog and we used that,” she shared of her work as UNICEF’s Special Advocate for Children in the country.

She would become immersed in the advocacy, which was then a target area of the Millennium Development Goals. “I didn’t know that breastfeeding was a life-saving thing in the developing world,” she admitted.

“I love that urban women and mommy bloggers advocate it that way (as a form of bonding), but I really urge them to go deeper and see the importance of it in terms of life-coping mechanisms. It’s so important,” she stressed.

She explained breastfeeding’s benefits: “It prevents [babies] from being exposed to potential danger through water. A poor woman in a place with dirty water, where’s she gonna get clean water to feed her kid, right? To mix milk with?”

She also mentioned breastmilk’s benefits of higher IQ levels and preventing diseases, which is crucial for a country whose children have a high rate of malnourishment.

Beyond her blog, Oseña-Paez now uses social media to support causes. Her role in UNICEF has also evolved beyond breastfeeding; now she also tackles child protection.

Recently, she expressed support for increasing the age of sexual consent on Twitter.

“How can we progress as a nation when that very, very old law exists?” she says about the present law, which denotes 12 years old as the age of sexual consent in the country, the lowest in Southeast Asia. The Committee on the Rights of the Child (CRC) considers 13 years to be “very low.”

She recalled her mission with UNICEF back in May when she visited victims of child abuse: “It was actually the hardest mission I ever had to do. I even went to war before, I went to Maguindanao during the conflict. But this one was very, very heavy.”

“I saw victims of child abuse from [the time they are approached by] first responders,” she recounted. “As soon as they arrive in the hospital, I saw how they were being interviewed by the psychologist and I was listening and it was very graphic.”

The issue has long frustrated and baffled her, to the point that she has asked friends in high places to amend the law.

“I’ve been saying to [friends in Congress], ‘Can you do something about this law?’ It was always ‘not their department. It’s not my committee.’ I had no idea how to ask someone to sponsor a bill,” she lamented.

While UNICEF does not recommend a specific age, its research notes 16 is the median age worldwide for consent and that studies have found that teens have consensual sex before 18.

“UNICEF cannot write laws, cannot lobby, but they provide information and research and all the things that are needed for those who want to champion those things,” noted Oseña-Paez.

Harnessing the power of celebrity

Would she want other celebrities to become vocal about social issues too?

“It would be nice but I can’t dictate on them. First of all, they’re way richer than me and probably protecting business which is a right to earn a living,” she said.

“But everyone has a reason for being. If they’re happy being famous and rich then that’s great,” she said. “But I have children and I’m here [in the Philippines] by choice so how can I not be involved when I have three opinionated young girls who are so strong?”

She is careful about the causes she champions, stating that because of her posts on social issues, she gets approached to endorse other non-profits. “Suddenly everyone thinks I’m ready to be Mother Teresa. I’m not. I’m just an average woman trying to make a better life for my children,” she said.

With her development background, she would scrutinize how an organization or project could instigate change.

“All of these groups that were coming to me with a project, it was PR,” she recalled. “How does gift-giving make a difference? It’s just charity which is great, but it’s not for me.”

Finally, she found her match with UNICEF. She recalled that the organization contacted her directly as she has no handler. “I saved myself for this,” she mused.

“Among their stars, I’m probably the least…  I don’t know why they work with me but I appreciate it very much,” she said self-deprecatingly, in awe to be among the likes of UNICEF ambassadors such as Audrey Hepburn.

The meaning of life

Having grown up in Canada, Oseña-Paez’s love for Ontario is palpable. She raves about living in a city where even before prime minister Justin Trudeau, diversity was celebrated, gay marriage was legal and services for women’s reproductive health are free.

She could easily bask in first-world comforts rather than stay in the Philippines, so why does she still speak up on social issues in the country?

“Because that’s the meaning of life for me,” she replied without hesitation. “I can’t ignore that where I live and the country of my birth has all these things happening and I’m actually in a position where I have a voice.”

She added, “I don’t have millions of dollars but [with] the little voice that I have, I was able to raise funds for UNICEF, able to affect change and I can’t be here and just reap the benefits of being a celebrity and not make a difference.”

“There’s many things you can do as a citizen here. You don’t need a title or a position in an organization. In this day and age of social media, you have a voice,” she emphasized.

But squeezing in charity work between being a full-time mom, hosting projects and entrepreneurial endeavors does take its toll, as she pointed out, “I don’t actually wake up and say ‘I’m going to make a difference.’ No, I’m so tired. I wanna stay home.” Still, she does it for the children, and hers especially.

Oseña-Paez talks about her three girls with deep admiration — like their mom, they have a creative, artistic streak, and sometimes their works get featured on her Instagram account. With dad, they bond over analyzing the news; she reminds him that they’re not his staff, “but they love it.”

She said, “I don’t want to leave them a world that has fallen apart. I don’t want them to think that I didn’t do anything.” JB

Lea Salonga, Daphne Oseña-Paez, and More Give Their Two Cents on Photoshopped Bodies

Daphne Oseña-Paez goes slow to get in shape