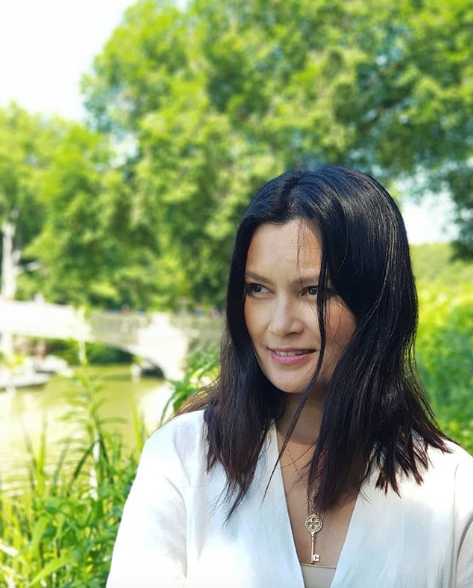 Daphne Oseña-Paez voiced her support for a petition which aims to increase the age of sexual consent past 12 years old in the Philippines.

Oseña-Paez, a lifestyle TV host and entrepreneur shared on Twitter a petition which aims to amend the country’s current anti-rape law. She is also a Special Advocate for Children of United Nations Children’s Fund (UNICEF) Philippines.

Through the petition, UNICEF Philippines and other organizations advocating for children’s rights aim to have more cases of child abuse recognized as child rape. The petition notes that 12 years old is the lowest age of sexual consent among ASEAN countries and calls on the House of Representatives to amend the law.

“This current policy state enables more predators to commit child rape. Sexual intercourse with a child as young as 12 is NOT automatically considered as child rape,” it states.

“This is something I’ve wanted to address since I became Unicef Special Advocate and became a mother of 3 girls,” wrote Oseña-Paez of the issue.

This is something Ive wanted to address since I became Unicef Special Advocate and became a mother of 3 girls. But I am not a lawmaker. We need your help. How can we allow our children, at 12 years old, legally give consent to sex and sexual acts. Stop violence against children. https://t.co/JVS3DjVgp7

“How can we allow our children, at 12 years old, legally give consent to sex and sexual acts? Stop violence against children.”

In another tweet, she observed, “Meanwhile people under 18 yrs of age cannot get an HIV test without parental consent. This needs to be changed.”

How can a 12 year old child give consent to sex??? How did the age of consent become 12yrs old in the #Philippines? Meanwhile people under 18 yrs of age cannot get an HIV test without parental consent. This needs to be changed. https://t.co/JVS3DjVgp7

Under The Anti-Rape Law of 1997 or Republic Act No. 8353, rape is committed “when the offended party is under twelve (12) years of age.” Twelve years old is the same age cited as statutory rape in the Revised Penal Code which was first enacted in 1930.

According to a study released in 2016 by the Council for the Welfare of Children (CWC), one in five children below 18 has experienced sexual violence. JB

Read Next
WATCH: Chris Hemsworth bares ripped abs in ‘Men in Black’ training video
EDITORS' PICK
House energy committee chair Arroyo bats for cheap electricity
Karding damage to infrastructure at P23M
Bongbong Marcos says PH ‘open for business’ with new Clark Airport terminal
Individuals affected by ‘Karding’ now over 157,000
Reignite your passion with the vivo Y35
Newbie gamers are in for a treat with the power-packed feature of vivo Y16
MOST READ
Angelica Panganiban ‘duguan, sugatang mom’ one week into breastfeeding
LPA enters PAR, may develop into tropical depression
Badoy not with Office of the President, NTF-Elcac, under Marcos admin — solon
Charges readied vs gov’t guard with P290-M deposits
Follow @NGunoINQ on Twitter
Don't miss out on the latest news and information.