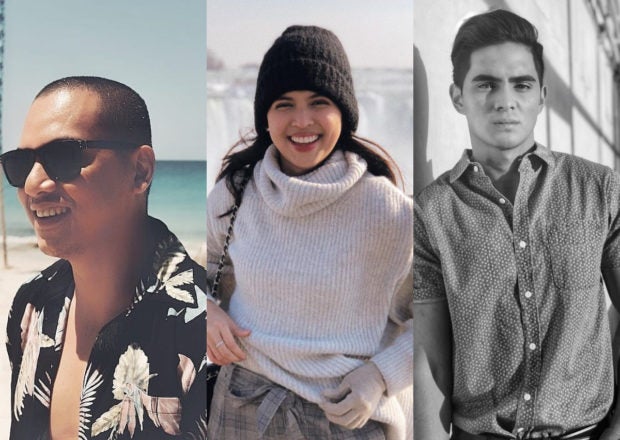 Fans of love teams can be possessive at times. It was not a surprise therefore that comedian Archie Alemania was criticized by fans of the love team of Alden Richards and Maine Mendoza (AlDub) for teasing Juancho Trivino to the actress.

Alemania poked fun at Trivino and Mendoza’s friendship in a series of deleted Instagram Stories last Friday, Sept. 28. While he and Trivino were with their co-stars in the series “Inday Will Always Love You”, the comedian teased Trivino relentlessly, going as far as to congratulate him on a supposedly “smooth-sailing relationship” between him and Mendoza.

The comedian did not stop there, however. He taunted Trivino to give him products endorsed by Mendoza.

“McDo din (as well)! McDo!” suggested another voice in the background. Alemania continued, “Hindi, si Maine kasi, ano di ba ng MAC yun? So puwede kang mamigay ng ano, makeup (No, Maine is, isn’t she a [MAC model]? So you can give away makeup).”

“Happy ako sa ’yo, Juancho (I am happy for you Juancho),” noted Alemania in a separate post. Trivino readily thanked Alemania.

“Na okay kayo ni Maine (That you and Maine are okay),” the comedian suddenly remarked. Trivino, who appeared to have been embarrassed by the teasing he got from his co-star, covered his face with his hands.

Alemania’s Instagram Stories did not sit well with AlDub fans. His videos, which he had apparently taken down as per his talent manager’s request, were re-uploaded by some fans.

AlDub fans called him and Trivino out for supposedly using Mendoza’s popularity and making fun of the actress.

Juancho's friendship with Maine is not the issue.

It is Archie's urge to put a girl at the center of pun for plain laughter and his gall to post it, while Juancho concurs to all of it.

You RAPE trust the moment you BETRAY its innocence.

It´s not about what´s the real score between Juancho and Maine. That´s between them. It´s about how he repeatedly puts her in a bad light which makes him a cad and a lowlife. Maine doesn´t deserve to be treated like this by someone she considers a friend.#ALDUBNationWalangIwanan

Trivino was specifically targeted by fans who questioned the authenticity of his friendship with Mendoza, if he can allow her to be the subject of such jokes.

Juancho won't. He's enjoying the limelight at the expense of Maine's reputation.
If he's a real friend, he'll protect her at all cost. He knows that Maine's bashers are just waiting to sink their teeth into issues that would put Maine in a bad light.Apparently, he doesn't care.

My two cents – Even if Juancho did not initiate it or whatsoever, the fact that he let Maine be the butt (pun intended) of Archies jokes says alot about him as a friend, if he is indeed a friend. #ALDUBNationFullOfLOVE

Some fans, however, pointed out that there was nothing wrong with the videos. They also asked Mendoza to speak up about the real score between her and Trivino to clear his name.

Guys hindi pinaglalaruan c Maine, they were teasing Juancho-( these friends won’t tease him unless there is some truth to it) jokes are always half meant, so @mainedcm is that true? Save the guy he’s in hot seat right now, it’s his downfall if you don’t

In response to the bashing he received, Alemania hit back at his critics by posting videos of himself on Instagram Stories yesterday, Sept. 29, saying it was not Trivino’s fault he revealed the actor was happy with his unnamed friend. He purposely cut off the videos on the parts where he is about to disclose the identity of Trivino’s friend. In the end, he revealed that he was talking about Trivino’s and “Pepito Manaloto” star Mikoy Morales’ friendship.

Trivino and Mendoza have yet to comment or issue a statement on the matter, as of this writing. JB