Kapuso actor Juancho Trivino has issued a public apology to Pambansang Bae Alden Richards, his family, and fans, over a video of him gesturing the finger upon mention of Richards’ name.

The controversial viral video, which lasted for a few seconds, first focused on Richards’ photo. A woman was then heard from the background saying, “Nandito si Alden”; then pointed the camera to Trivino, who then motioned two “dirty fingers” that extremely offended fans of Richards. 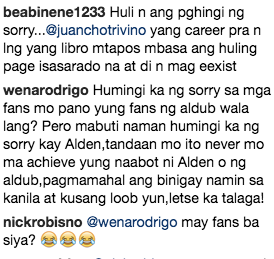 ‘Not intended for Alden’

Trivino released an apology statement via his Instagram page that also clarified the controversial gesture “was not intended” for Richards.

He also addressed his apology to disappointed fans and family members. He promised to be more mindful of his actions after this incident. 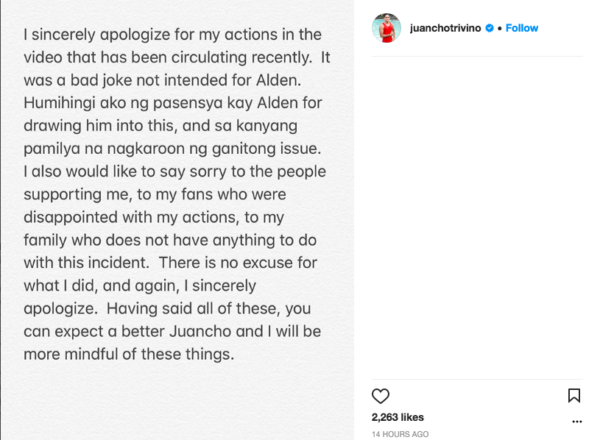 As of posting, Inquirer.net is still awaiting comment from Alden Richards regarding this issue. /kga