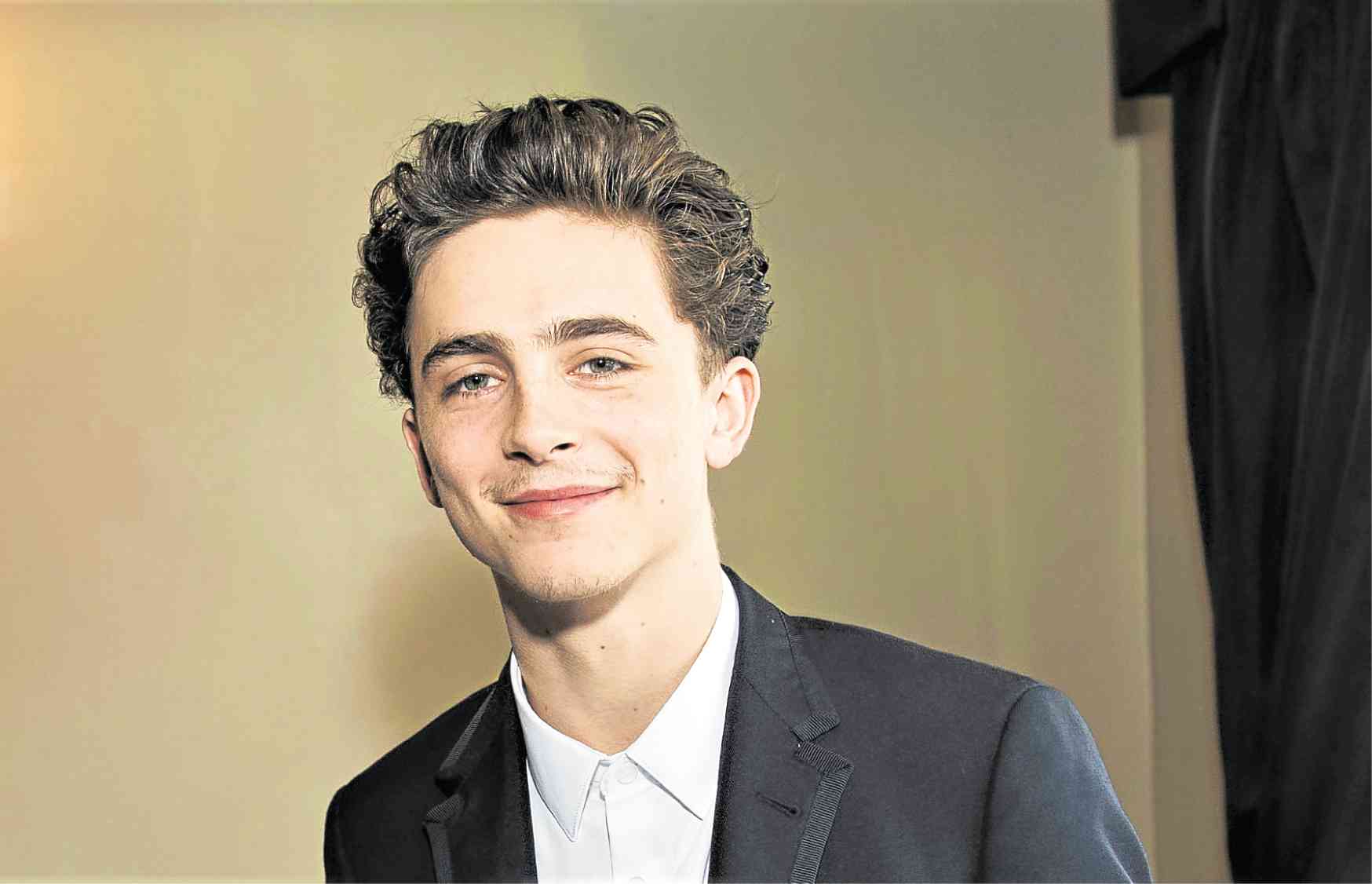 LOS ANGELES—Those soulful young eyes are back on the screen. After his sensational performance opposite Armie Hammer in “Call Me by Your Name,” Timothée Chalamet turns in another memorable work in “Beautiful Boy.”

The biographical drama depicts the relationship between a father and his teen son as the latter experiences drug addiction, relapse and recovery.

Timothée is excited to begin work on Denis Villeneuve’s take on Frank Herbert’s classic novel, “Dune.” Denis has already been quoted as saying that he will not be taking any inspiration from David Lynch’s “Dune.”

Excerpts from our chat with Timothée:

You had an amazing year, especially for someone so young. How did you hang onto yourself during this crazy ride? After March, I immediately started to work on “The King.” It was enticing to me because I thought, wow, this is a role that seems really challenging and I don’t think people are going to expect me doing this kind of thing.  But also it meant literally and metaphorically being in the mud and being bad a lot again. It was good to work immediately on something so challenging in that regard.

Thankfully, it felt grounding in many ways to be back on the set. I grew up in New York, in a show biz family. My grandfather was a screenwriter, my mom was an actress, and my uncle was a director.

I went to a drama high school, LaGuardia in New York, and I am very proud of that. That required days of drama class. So the experience of doing  the “Henry V” project, like I said, it was just, oh yeah, I am back in the mud now.

I love acting and there is something glorious about it and certainly when a movie works, it’s great. Yet the process of doing nine takes and you got that wrong, it’s very humbling. So it was really good for me to do that.

How did you land this role in “Beautiful Boy”? And how did you research about drug addiction? There was a big audition process for this movie. I auditioned three or four times before I read with Steve Carell. It’s funny because the dream as an actor is to get things offered to you because auditioning can be difficult.

But if there’s a gift in auditioning, it’s that you feel like you have earned it in some way.

Throughout that audition process, I was already on YouTube all the time, watching people in the throes of specific addictions and what those physical effects would be.

So, when it was time to shoot the film, I felt good, especially because I had auditioned for it. But more importantly, the context to pull from this movie is the fact that I am a son in real life, to my mom and dad. I have a great relationship with my parents. I am grateful to them.

This movie is obviously about addiction and the enormous difficulties that come with addiction, especially when you are young, because addiction can be an insurmountable challenge.

But when you are a young person, it seems like a two-fold challenge.  And yet, like I said, that context for me to pull from was what it was like to be a son.

I don’t want to put words in Steve’s mouth. But he’s a father, as well, and I know that was his context to pull from. He was thinking about his kids and what that experience would be like. 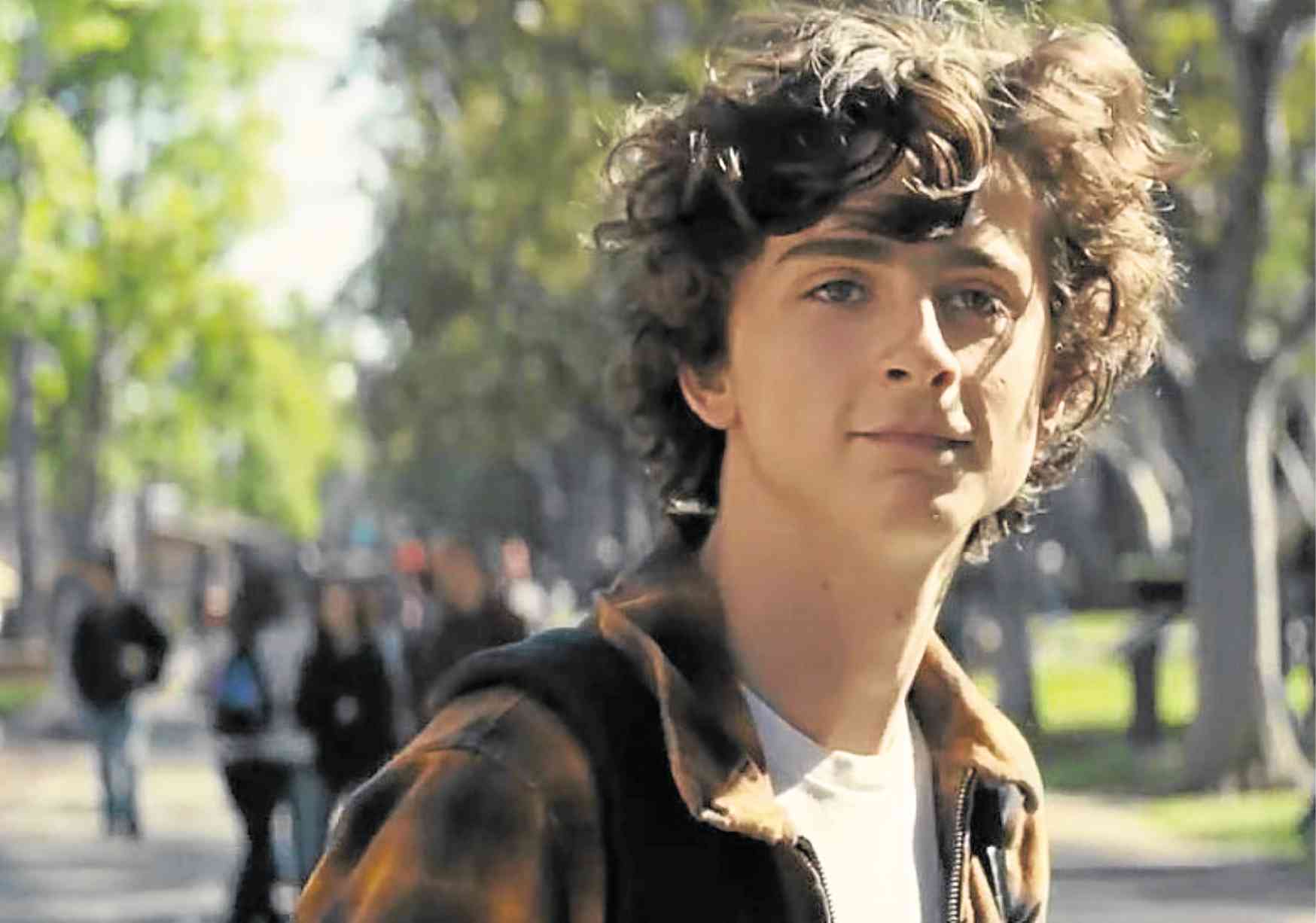 The movie, according to Chalamet, is about “addiction and the enormous difficulties that come with it.”

Do you relate to your character’s feeling of isolation and not fitting in? Yeah, absolutely. I think and wonder if every actor can relate to that in some way. Certainly, you can even relate it to partying and things like that. I know on weekends in high school, especially in my freshman, sophomore and junior years, I would spend the week anxious for the weekend to come.

But then, Friday would come around and I wouldn’t really want to be going out or anything (laughs). So it was just a big anticlimactic feeling at the end of each week. But yeah, I can certainly relate to that.

Even in “Call Me by Your Name,” there were moments of isolation, in just waiting for something to happen.  It’s a symptom of youth, too, to think that the grass is always greener on the other side.

Can you talk about your coming project, “Dune”?  I saw on Google that Denis Villeneuve was going to do “Dune.” That was always like “The Dark Knight” by Christopher Nolan.  I wanted to act in that film. It has always been my dream to do a big movie. And looking at the careers of Leonardo DiCaprio or Joaquin Phoenix, those guys exclusively work with great directors.

So I always told myself, if you do a big movie, make sure it’s with a really great director. I met Denis at the Hollywood Film Awards last year. I didn’t want to scare him away with my enthusiasm for the project, so I didn’t even bring it up. I just said, “Hi.”

I saw him over the course of last year. They went on a casting search and were looking to get someone younger than I am. I was just biding my time.

Denis saw me in “Call Me by Your Name,” but somebody snuck him a link to “Beautiful Boy.” Then, in the meeting I had with him, he told me he was going to be at the Cannes Film Festival.  So he said, “If you will come to Cannes, we can meet and talk about it.” 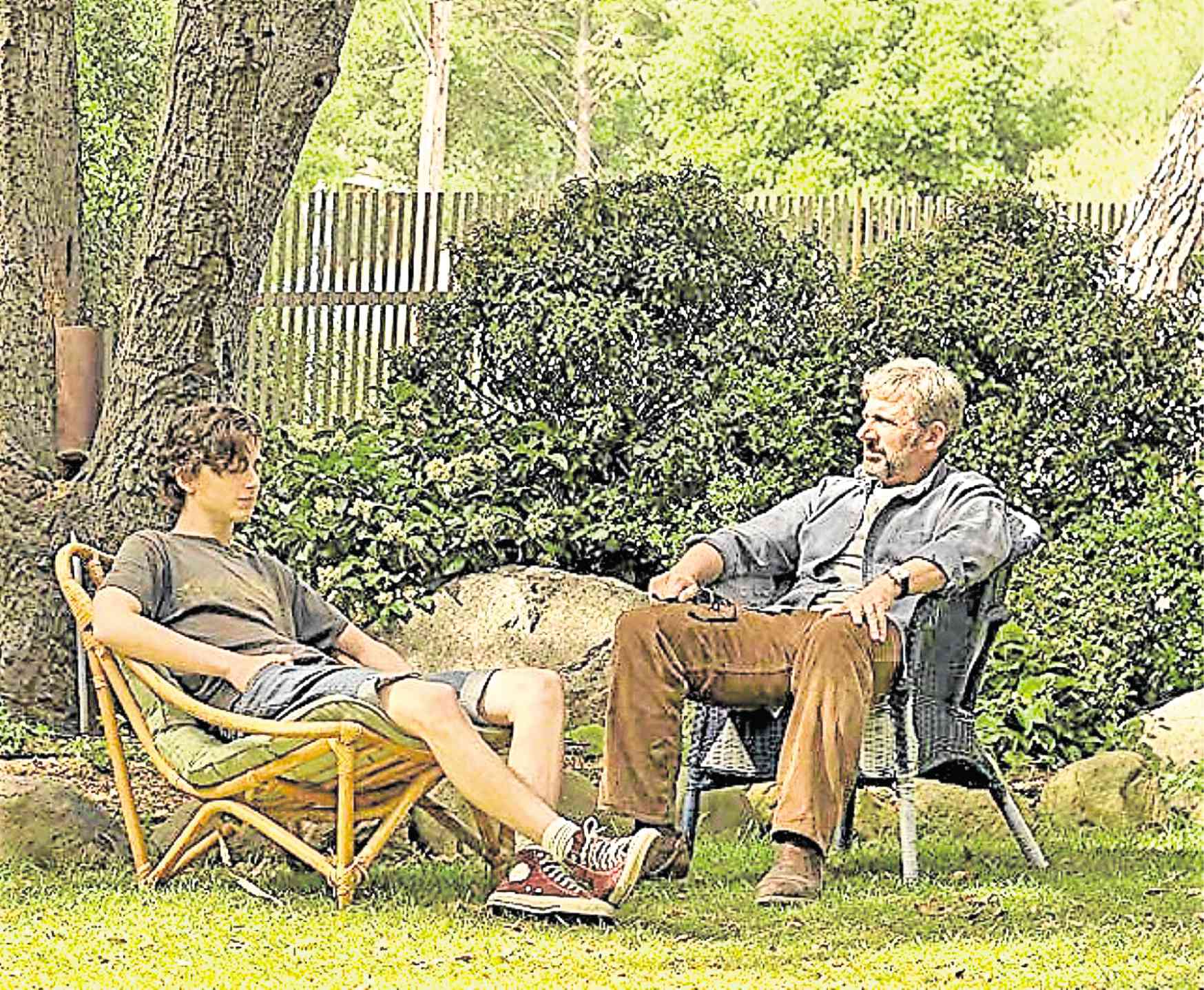 Denis said, “Would you consider doing this?” I was like, “Yes, of course I would.” I have read the script and the book and I am so grateful that it’s a big movie and yet, there’s a real arc to this character.

My enthusiasm for the David Lynch version is through the roof. And I got an impression that Denis shares my opinion, too. So working on “Dune” is like a dream come true. I am looking forward to being in Budapest again for six months. I can’t wait.

The last thing I will say is that I am really grateful that “Dune” is based on Frank Herbert’s book, a tremendous thing of literary respect. So I don’t think the film version will not suffer from green screen-isms or something, like it’s silly or something. It feels like the work is intelligent.