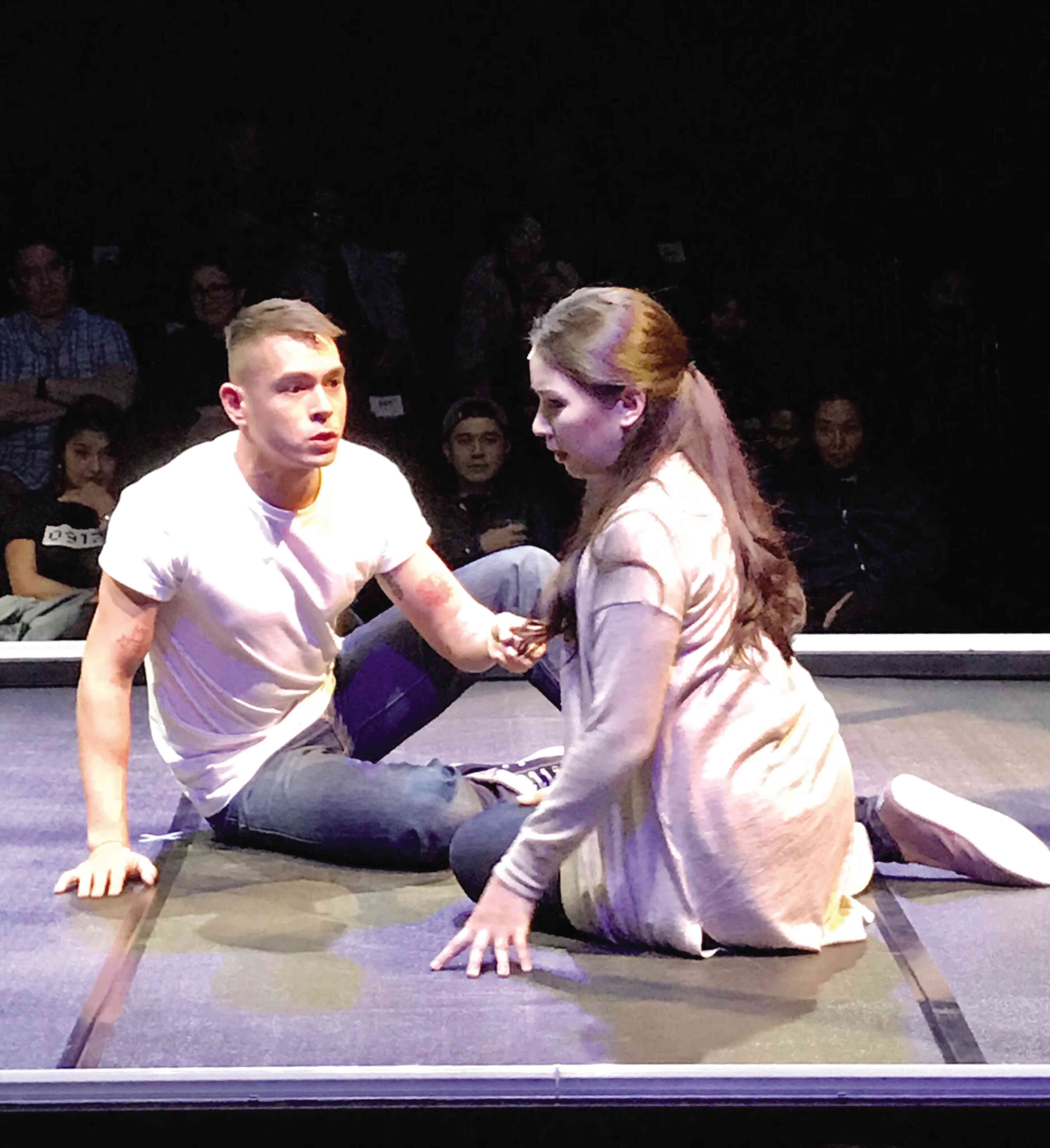 Jake Cuenca (left) and with costar Sab Jose in “Lungs”

Breaking into theater is difficult, especially if you’re a known TV and movie personality, according to Jake Cuenca.

“I’m an easy target. If I show up late, people will say it’s because I’m an artista,” he told the Inquirer shortly after he performed at the Power Mac Center Spotlight in Circuit Makati on Saturday night.

“Things are more heightened, too. People from theater watch you closely. This adds more pressure,” he pointed out. “Here, you have to memorize. You can’t change the words. You can’t hide behind ad libs. If you miss some words, that’s a sign of disrespect to the playwright.”

“For TV and film actors who want to make the transition, you have to really love it,” Jake advised. “I just try to be honest and sincere with all the scenes.”

Jake described the high of being onstage, thus: “It’s like a live movie. It’s the most challenging experience of my life,” he declared. “I want my sister to do it, too. It’s good training.”

Preparing for this gig required prioritizing, said the ABS-CBN contract artist. “I’m doing a movie. I just finished a ‘teleserye’ and there’s another one in the works,” he added. “It’s really hard.”

Jake also had to build rapport with his leading lady, Sab. “We were strangers. We had to build a relationship. We used to meet up in coffee shops to read lines. I realized that I really had to make time for it,” he said.

Sab would guide him on stage, he recounted. “Sab is an experienced actress.”

Does he think “Lungs” is an apt title for the piece? “To me, it means that for every decision you make, or every time you get an anxiety attack, you should first stop and take a breath,” he explained.

As to how he got connected with Sandbox Collective and 9Works Theatrical, the show’s producers, Jake recalled: “Word went around that I was interested in doing a play. They contacted me. When they gave this to me, I said, ‘first play ko ito?’ It’s not an easy one. The characters talk about carbon efficiency and food scarcity! I couldn’t memorize if I didn’t know what I was talking about, so I read up on things. After that, it was easier.”

He added: “It’s a beautiful love story. It’s something a lot of people can relate to. All the talk about society and the environment is just part of the backdrop. It’s actually a story about life.”

Jake said he was pleased to be able to build a good relationship with the production team.

“I’m going to do this once a year—for my soul, for my heart,” he declared. “In theater, people actually want to be here. They don’t show up thinking it’s because they have to work.”

Read Next
Horror series ‘Folklore’ to include PH myth eventually
EDITORS' PICK
Leveling up your ‘lutong bahay’ with the kitchen companion you never knew you needed
SM prepares for ‘safe malling’
Notice of 2020 regular meeting of stockholders June 18, 2020
LIST: What to expect in areas under GCQ, MGCQ
Drilon wants repeal of penal provisions in proposed Bayanihan extension law
DOTr bares 2 phases of public transport revival in GCQ areas
MOST READ
LIST: What to expect in areas under GCQ, MGCQ
Duterte approves Metro Manila’s shift to GCQ starting June 1
Hong Kong loses US ‘special status’ — what next?
National Guard called to respond to Minneapolis violence
Don't miss out on the latest news and information.