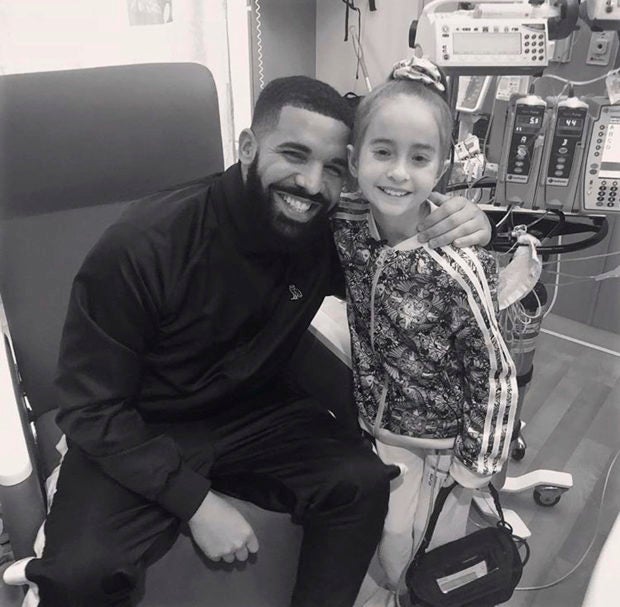 This Monday, Aug, 20, 2018, file photo provided by the rapper Drake shows him posing with Sofia Sanchez at Lurie Children’s Hospital in Chicago. Drake surprised her after she recorded a video of herself dancing to the rapper’s “In My Feelings” and invited him to her birthday party. Sanchez met with reporters on Thursday, Sept. 20, 2018, three-and-a-half weeks after she received a new heart during a nine-hour operation at Lurie Children’s Hospital. The 11-year-old says her new heart “feels different, but in a good way.” Image: OVO/Drake via AP

CHICAGO (AP) — The suburban Chicago girl who received a heart transplant after dancing her way into a meeting with Drake says she’s feeling great.

Sofia Sanchez met with reporters on Thursday , three-and-a-half weeks after she received a new heart during a nine-hour operation at Lurie Children’s Hospital. The 11-year-old says her new heart “feels different, but in a good way.”

Last month, the Canadian rapper surprised Sofia with a visit after seeing a video of her dancing in a hospital hallway to one of his songs while tethered to her IV pump. That was a week before her surgery.

Sofia says Drake’s advice to stay strong and keep fighting has helped her through some tough times.

A heart surgeon calls Sofia a star patient and says her recovery is going quite well. CC

Drake on Grammy win: ‘Hotline Bling’ is not a rap song