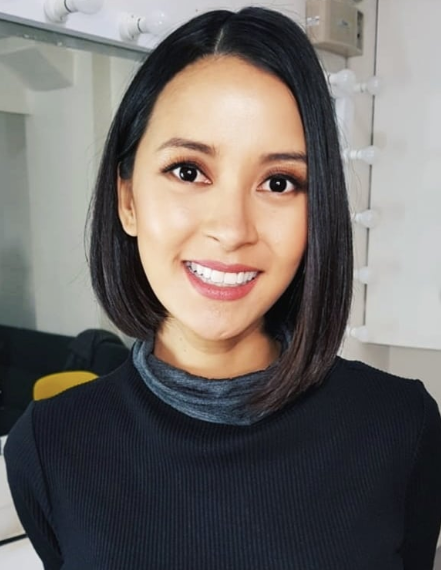 Bianca Gonzalez may be happy about receiving blessings, but she said it does not mean she is not affected by the one problem that concerns everyone else right now.

The currently pregnant TV personality recently announced the exciting news that she, husband PBA cager JC Intal and their daughter Lucia will soon have a new house to live in.

While fans were happy about her upcoming baby and new house, one Twitter user VenusNotTheGoddess (@MorningGonzales) joked about the actress still being able to build a house despite the financial crisis going on: “Sarap maging mayaman! Hindi apektado ng inflation!” (It feels so good to be rich! You’re not affected by inflation!)

Gonzalez replied by saying she too is affected by this problem: “Lahat apektado ng inflation… kaso kayod kayod para makapagpatayo [ng bahay].” (All of us are affected by inflation, but you have to work hard so you can afford to build a house.)

She added that if they don’t start building the home now, they might not be able to afford it anymore in the future. Gonzalez lamented, “Ang mahal na ng lahat!” (Everything is so expensive!)

Like Gonzalez, other celebrities have expressed dismay over rising price of goods, with some making light of the situation by joking that they cannot anymore afford chili — being regarded now as the supposed new “status symbol” after its price skyrocketed. In one instance recently, comedienne Pokwang flaunted her most expensive piece of jewelry, a siling labuyo necklace. JB

Pokwang shows off her most expensive jewelry —a siling labuyo necklace