La Diva reunion in the works 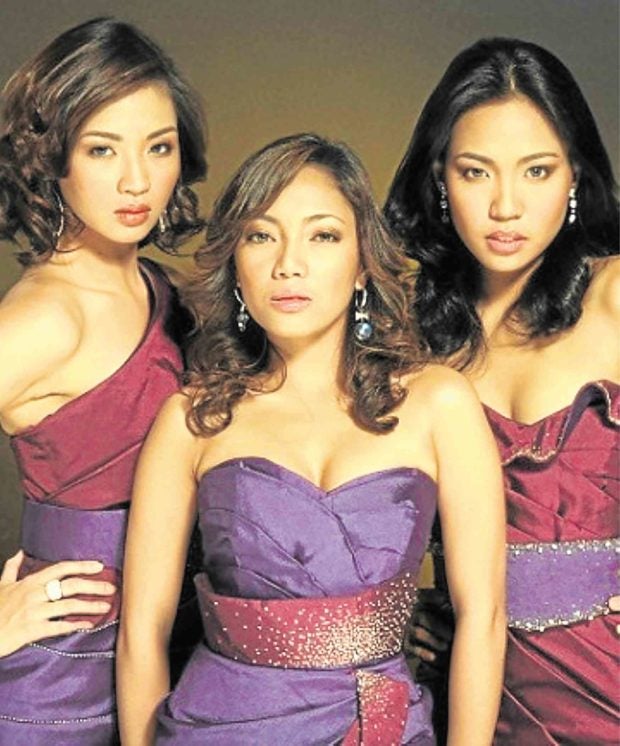 If schedule and technology permit, singer Maricris Garcia may just get the La Diva reunion she has been yearning for in her upcoming 11th anniversary concert, “Mar1c1s.”

La Diva was a vocal trio that was also composed of Maricris’ fellow “Pinoy Pop Superstar” alumnae Jona, who’s now a talent at ABS-CBN, and Aicelle Santos, who currently portrays Gigi in the new United Kingdom tour of the musical “Miss Saigon.” The group officially disbanded in 2015.

“I’m working on it. If Jona’s schedule allows it, I will go tell Aicelle that maybe she can just video record herself singing in London. We will tell her which song we’ll do and what her parts will be,” she told the Inquirer in an e-mail interview. “The reunion is something Aicelle has also been wishing for.”

Maricris, who’s set to take the stage at the Teatrino at Promenade, Greenhills, on Sept. 28 (call 741-2949), likewise hopes to have their original musical director, Danny Tan, for her get-together with the girls.

“If we can have Danny play for us, that would quite be a reunion,” added Maricris, who’s turning 31 this month.

The concert, produced by Maricris herself, will feature Regine Velasquez, Mark Bautista and Nar Cabico as special guests.

What can the fans expect in your concert?  Barbra Streisand is my idol, and I have watched a lot of her films and concerts. And what I love about her shows is how she tells her story through her music. That’s something I want to do in my upcoming show.

Eleven years in the business. How important is this milestone? It’s not easy to last this long; not everyone gets to stay here for 11 years. I initially planned to hold a 10th anniversary show last year to coincide with my 30th birthday. But maybe this is the right time.

How have you evolved as an artist from your “Pinoy Pop Superstar” days? My voice did change; it sounds more mature. And as I got older, I learned how to channel my experiences into a performance—marami ka nang pinaghuhugutan.

How did marriage change you? I turned into a more positive person after getting married. For a time, I was so stressed with the things going on in my life … Now, I have a better outlook. I’m more relaxed these days. I’m more appreciative of the little things and blessings in my life, and that, in turn, makes me happier. I can say that my support group has grown bigger. My biggest fans used to be my parents, but now it’s my husband (TJ Cruz).

Do you plan to be more active in show biz now, after lying low the past few years? After the concert, I will be focusing on the soap I will be doing with Kris Bernal, Rayver Cruz, Jason Abalos and Thea Tolentino. We have already shot a couple of scenes.

I’m also thinking of coming up with a new song or album, hopefully, by next year.