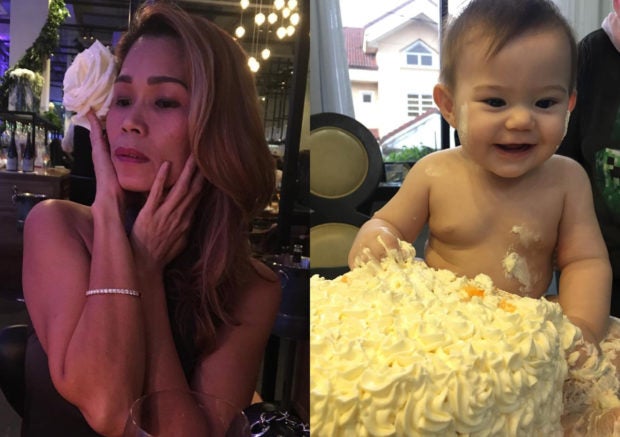 There are many ways parents celebrate the milestones in their children’s lives. For comedienne Pokwang and her American partner Lee O’Brian, the best way to mark their daughter Malia’s eighth-month birthday was to let her smash a cake.

Pokwang shared photos and a video of Malia smashing her cake via Instagram yesterday, Sept. 18. Her daughter, dressed only in her diapers, was perched on a glass table. In front of her was a beautiful white and light pink ombre-frosted cake.

Malia took no time to get her hands dirty. The infant squeezed and played with her cake, exposing its colorful canary yellow and emerald green interior. At one point, she used the cake’s icing to draw swirls on the glass table.

Cake smash, an trend that has since become a tradition of sorts, entails parents to buy their children a cake to do whatever they want to. While it is usually used to mark an infant’s first birthday, some parents prefer to do the tradition months before. 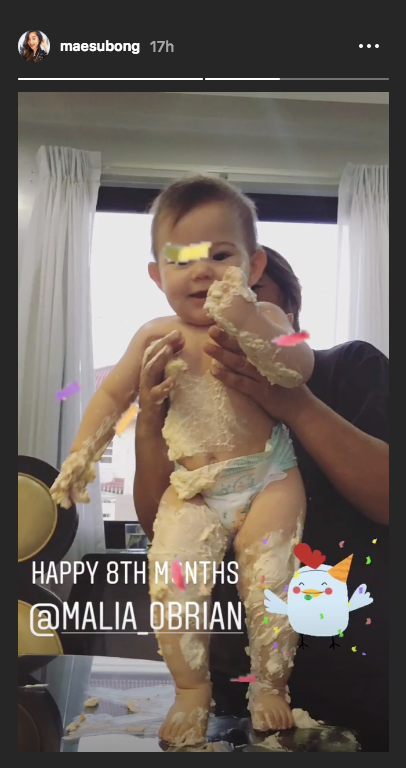 Apparently, Malia’s eighth-month birthday celebration did not go well with some netizens. Pokwang was criticized by some for her supposedly being a bad parent after she let Malia played with food. Because of the backlash, Pokwang disabled the comment section for her post as well as in that of Malia’s official Instagram account.

In a separate post, Pokwang addressed the naysayers yesterday by uploading a text photo bearing the words, “Dear haters, don’t criticize me for my flaws and mistakes, when you can’t even see your own.”

Her fans were quick to support her, stressing how much they enjoyed watching Malia. Other commenters, who are parents themselves, said that they look forward to having their children also do a cake smash in the future. JB