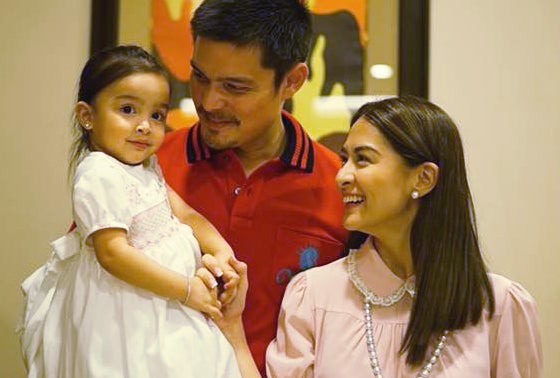 At only the tender age of three, Zia Dantes is already a showstopper.

The daughter of Kapuso Primetime King and Queen Dingdong Dantes and Marian Rivera was head-to-toe glamorous in her school’s anniversary, dressing up as legendary actress Marilyn Monroe. The tot’s mom shared with fans how her daughter, whom she called her “little Ms. Monroe,” posed for the camera, via an Instagram post on Monday, Sept. 17.

View this post on Instagram
FEATURED STORIES
ENTERTAINMENT
Dina Bonnevie on Coney Reyes: We have forgiven each other
ENTERTAINMENT
Megan Young, Mikael Daez get married
ENTERTAINMENT
Issa Pressman speaks up after being dragged into James Reid cheating rumors

Rivera referred to dressing up their daughter as “Mama and Daddy’s early morning collaboration.” She also acknowledged friends who helped them out with Zia’s cute, platinum blonde wig.

Dad Dantes likewise posted his own photo of their unica hija, writing: “She woke up in the 50’s!”

And hard work does pay off, as Rivera clenched her fist in pride after Zia bagged the “best costume” award from her school.

Fellow actresses Chyna Ortaleza and Sheena Halili meanwhile expressed their joyful amusement. Halili said that Rivera’s happiness in receiving the award may be comparable to winning a “best actress” recognition, to which Rivera replied: “diba! Iba pag anak na usapan! Lahat gagawin…” (I know, right? It’s different when it comes to your child! You’ll do anything.)

Nevertheless, both mother and daughter had a fun time dressing up. Good job indeed, Zia and Marian! JB

‘Ang Probinsyano’ called out by Marian-Dingdong fans for alleged use of wedding, Zia’s photos