Kim Chiu talks about her fears 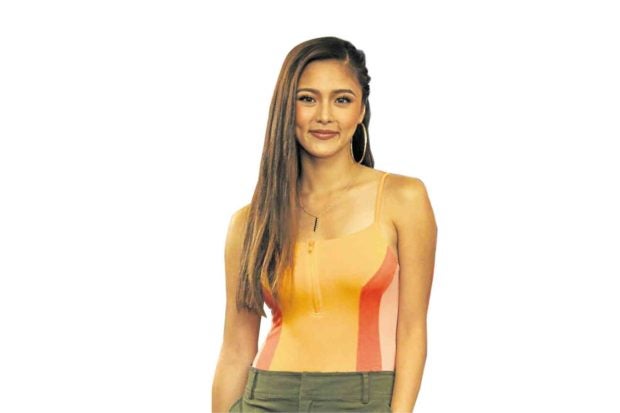 Even the most popular celebrities have fears and sometimes fight low self-esteem,” declared actress Kim Chiu. “I am actually afraid of failure.”

Kim is one of four hosts of “Star Hunt,” an ABS-CBN program that aims to give people a chance to pursue their dreams by giving them opportunities to join talent competitions and reality shows.

“You always see us all dressed up and looking pretty, but we also have our struggles,” said Kim. “I fear for the day that I will no longer have the audience’s support, that I will not be able to stay in this business longer than I want to.”

The actress said her fears never left her, “I just don’t give in.” Kim added: “I love my work. I get to entertain and inspire people. That’s why I am able to hold on.”

“Whenever I see young auditionees, I recall the time when I was the one lining up to audition,” Kim shared with the Inquirer. “I say to myself, ‘One day, one of them will be able to fulfill his dreams and will become rich.’ These kids have already surpassed Step 1 of the fulfillment of their dreams.”

Kim recalled her own audition experience. “The queue was really long. I got home so late. I was worried because I didn’t tell my grandmother about where I really went. Things like this aren’t allowed in a conservative Chinese family, but I didn’t think about that when I decided to audition. I wanted to be on television, and it was to that audition that my dream brought me.”

Since it started airing in August, “Star Hunt” has featured interesting and heartwarming accounts of people who fall in line during auditions, patiently waiting for their turn to shine.

So far, many successful Star Dreamers (or auditionees) have become or may become a part of shows like “I Can See Your Voice,” “Tawag ng Tanghalan,” “Dance Kids,” “Pilipinas Got Talent,” “Little Big Shots,” “MMK,” “Pinoy Big Brother,” and the soon-to-be-launched dance competition, “World of Dance Philippines.”

Kim tagged along when the auditions were brought to her home province, Cebu. “There were so many kids. Some were already feeling restless and were crying, but there’s this one boy who stood out because he was so good at acting. He did a declamation piece,” the Cebuana recalled. “His mom kept crying backstage. When I spoke to them, the boy said it was his grandmother’s burial that day, but he failed to attend because of the audition. At 9, he already knew what he wanted to become—an actor.”

Kim added: “If good things happen to you because you’re at the right place and time, then it was God who led you there. There will be obstacles that you will have to hurdle before achieving success.”

“I myself know that I’m only halfway through the journey,” declared Kim. “I still have a lot to experience.”

Read Next
Erik Santos to direct his own show to mark his 15th year in the biz
EDITORS' PICK
A massive highway complex makes living in the South highly attractive
Beyond the Chocolate Hills: A farm-to-table, heritage culinary adventure of Bohol
Metro Manila logged most number of new COVID-19 cases — OCTA Research
House energy committee chair Arroyo bats for cheap electricity
Guarding Sara: Why next VP is getting own security team
WHO says monkeypox is not yet a health emergency
MOST READ
Leon Barretto steps up for sisters, asks dad Dennis Padilla: ‘Please stop resorting to public shaming’
LOOK: Rita Daniela pregnant with first child
Bea Alonzo, under lie detector test, says she wants prenup agreement with future husband
Marjorie Barretto to speak up on Dennis Padilla, kids’ relationship ‘in time’
Don't miss out on the latest news and information.