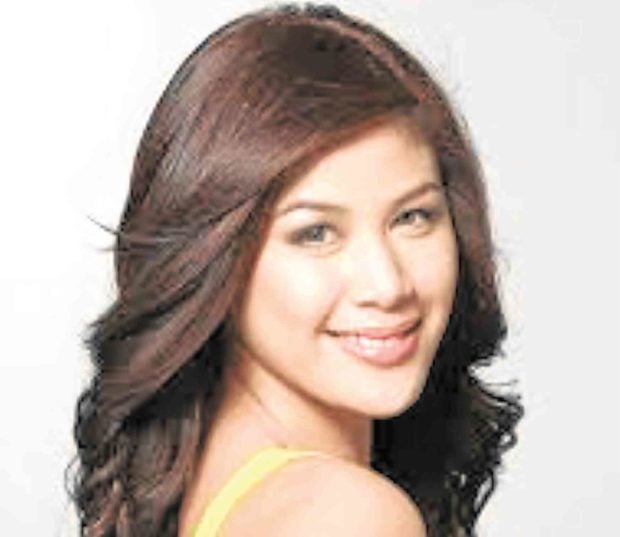 Valerie Concepcion’s 13-year-old daughter Fiona has never met her biological father. But, at the very least, the actress is set to marry a man who treats her child as his own.

“My daughter’s reaction when I showed her my engagement ring was, ‘Weh?’ But once I told her that it was for real, she embraced me and blurted out, ‘Finally!’” Valerie, who had Fiona when she was 16, told reporters at a recent press conference for GMA 7’s new afternoon drama series, “Ika-5 Utos.”

“She will turn 14 in October, but she has yet to see her father,” added Valerie, who’s engaged to Francis Sunga, a court clerk based in Guam. “Despite that, I have found someone willing to stand as Fiona’s father. He has offered to support her. He even calls her anak.”

Only three months into their relationship, Valerie already had a feeling that Francis was “the one.” “I feel that we are destined for each other, that we’re a perfect match. Of course, there was a bit of uncertainty. But like most women, I was hoping that everything would turn out well,” she said.

Valerie wasn’t embarrassed to admit that, from that point on, she had been constantly praying for her boyfriend to propose to her.

“My daughter was teasing me because I was too assuming and was overreading things. Last December, Francis offered to throw a birthday party for me. I thought he was already going to propose. In January, he wanted to go on a vacation with me. And then, Valentine’s Day came—nothing!” she related, cackling.

“Then I told myself that I should really stop acting like crazy!” said the former “Wowowee” host.

In July, after one and a half years of dating, Francis popped the question. “It came when I least expected it,” she said. “He did it at a hotel; nothing too fancy. He simply told me that he wanted to ask for my hand before returning to Guam.”

The couple maintains a long-distance relationship. But ironically, it also feels the most secure one she has ever been in. Valerie pointed out, “I feel at ease. In the past, I always got paranoid even if I was in a relationship with someone from here (Manila).”

Valerie and Francis are planning to tie the knot in a civil wedding this December. However, an offer from the Kapuso network to do “Ika-5 Utos” had the two changing course.

“We have decided to just have a church wedding here in the Philippines,” Valerie said. “There’s no definite date yet, because everything will depend on how long the show would run. But I’m hoping that it happens before the end of January next year.” —ALLAN POLICARPIO