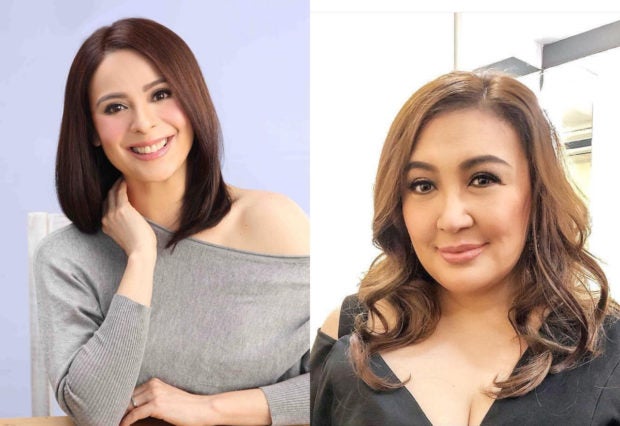 Dawn Zulueta takes pride in the peaceful manner by which her fans conduct themselves on social media—which is why she didn’t hesitate to call them out when they made fun of Megastar Sharon Cuneta.

It came to Zulueta’s attention that some of her fans had edited a photo of Cuneta, Richard Gomez and Kathryn Bernardo for their upcoming movie. The said photo was shared by Cuneta on her Instagram account last Friday, Sept. 14. It should be noted that Gomez was romantically linked to both Cuneta and Zulueta, who have been both his leading ladies.

One of Zulueta’s fans, (@_sofiasyndrome) replaced Cuneta’s face with Zulueta’s. The said netizen captioned the edited photo with “Tama (Right) she is too big [laughs].” Zulueta’s other fans, sandra‏ (@sandraagabriele) and (@akrylle), echoed the netizen’s caption, commenting that Cuneta was “too big.”

The Tweet did not sit well with one Cuneta fan, elyguiala (@elyguiala), who confronted Zulueta’s fan: “What heck did you do sa pic na ‘to? Ganyan kayo kabastos?… Ganyan pala fans ni Dawn.”

(What the heck did you do in this pic? Are you that disrespectful? So Dawn’s fans are like that.)

Zulueta, upon learning about what happened, took to Twitter to admonish her fans.

Calling the attention of some members: Pls refrain from doing this. If you cant say anything nice, dont say anything at all. Cc: @itsDawnZulueta @CD_Penguins https://t.co/C0IXmrUKNL

Members of the said fan clubs apologized in behalf of the fans who made fun of Cuneta.

They also expressed their shame for what the other fans did.

The parties involved in the issue, Zulueta’s fans and Cuneta’s fan, have made their Twitter profiles private, as of this writing. Zulueta’s fans issued an apology, while Cuneta’s fan thanked Zulueta for calling out her fans.  /ra

Dawn Zulueta and family to spend Christmas in NY