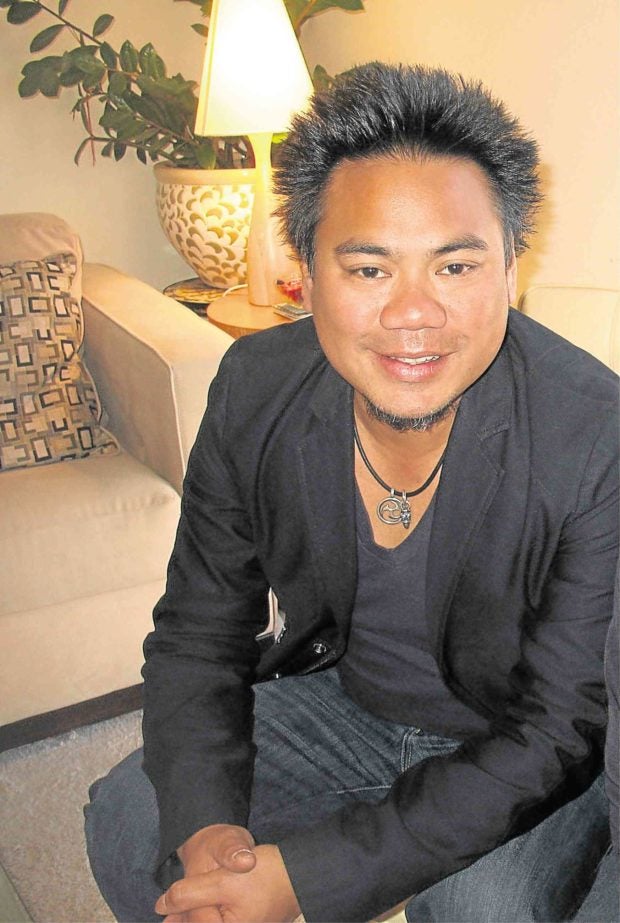 LOS ANGELES—Lady Gaga praised Fil-Am cinematographer Matthew Libatique, who shot her feature film debut, “A Star Is Born,” as “brilliant.” The fourth remake of the classic Hollywood story of one star falling as another rises amid their tragic love story, costarring Bradley Cooper who makes his directing debut, is generating awards buzz.

Aside from Oscar nominations talk for the leads and the film’s music, Matthew’s work in the musical-drama is also stirring buzz.

EW.com wrote: “Matthew Libatique’s singular style still takes center stage … As prolific as he is talented—he’s amassed 61 credits since 1993, ‘Mother!,’ ‘The Fountain,’ ‘Chi-Raq’ and ‘Straight Outta Compton’ among them—the cinematographer is long overdue for a follow-up nomination after his work on Darren Aronofsky’s thriller ‘Black Swan’ secured his freshman nod in 2011. And if the preview for ‘A Star Is Born’ is any indication, he could be looking at nomination No. 2…”

IndieWire gushed: “What a visual stunner the film is, thanks to DP Matthew Libatique.”

Awards Daily commented: “The always brilliant DP Matthew Libatique might have a shot, too.”

“I am extremely grateful,” said the singer-actress who is earning good notices in her take of the role that has been played by iconic women—Barbra Streisand (1976), Judy Garland (1954) and Janet Gaynor (1937). “It has always been my dream to be a lead actress in a film since I was a little girl.”

“He calls me Stefani, and I call him Bradley,” Lady Gaga, whose full real name is Stefani Joanne Angelina Germanotta, replied about how she calls her actor-director. With a laugh, she added, “I also call him Gaga.”

At two points in our conversation, Lady Gaga was overcome with emotion and teared up. 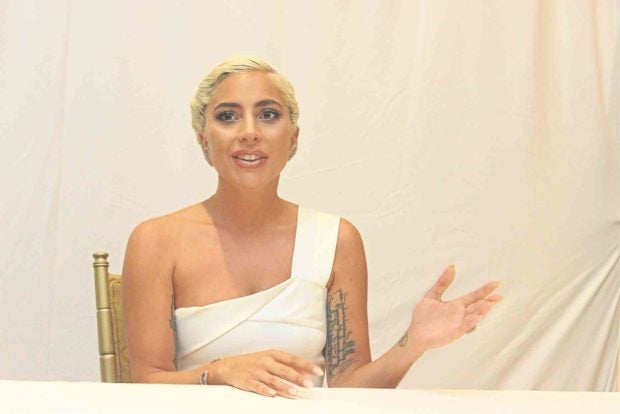 Can you talk about working with the film’s cinematographer, Matthew Libatique? Matthew is brilliant at what he does. He and Bradley work brilliantly together.  There was not a moment when we were on set filming a scene when I was thinking, oh, how do I look and can I check the cameras? I was always just trusting them.

So you had complete trust in Bradley, who was directing for the first time? I just put my absolute trust in Bradley. I believed in him. When an artist is moving from one medium to another and when that talent has been gestating for a long period of time, that first project is an explosion of talent.

What was it like when you and Bradley met for the first time? From the moment that I met Bradley at my house in California, the second I saw his eyes, we had an instant connection. Before I knew it, I was feeding him leftover pasta from the house. He’s Italian. We are both from the East Coast, so we just had instant synergy. He asked me if I would sing with him a song called “Midnight Special.”

As I began to play [the piano], he started to sing, and I stopped immediately. I said, “Oh my gosh, Bradley, you have this incredible voice.”  It is something that comes from deep in the soul, a voice that is from the gut, from the nectar of who you are. I was beyond inspired. I knew that this was the only actor in the world who could play a rock star, like 100 percent with certainty.

Your character talks about how record executives don’t talk about her talent and how they want to change her looks. Has that happened to you in real life? That absolutely happened to me. It was suggested that I get a nose job before my first music video, before my first single ever came out. I said no.  I am proud to be Italian and I love my Italian nose. I didn’t always, but I learned to love who I was.

The way that I maintained my authenticity is that when people would come to me and say, try dancing or looking this way, I would always flip it on its head and do it my way.

I was always trying to challenge the norms about how people view women in pop music.

As you said, you’ve always dreamt of being the lead actress in a movie. Now that your dream has come true, what surprised you about it, and what did you learn about yourself?  It was very challenging. I went to depths in my heart and mind that I have never done before because I had someone (Bradley) so wonderful by my side so that I could give that vulnerability. What I did not expect was for this to feel brand new again. I could cry just sitting here (she chokes with emotion and tears up). I am just very grateful. I believe in the story.

And I am very proud of the work that Bradley did.

We’ve seen stars rise and fall due to various problems. How did you prepare for those scenes that deal with those problems? I drew from experience in my own life, and I researched a lot about codependency and alcoholism. A key moment in the film is after they (her character and Bradley’s) sing “Shallow” together, they go back to the hotel, make out and she goes to the bathroom. She comes back in and his brother Bobby (Sam Elliott) is putting him (Bradley’s Jackson character) on the bed. His brother says to her, “Do you think he drinks a bit much? You have no idea.”

Then Bobby leaves. She sits down for a moment at the edge of the bed, and she makes a decision that she is going to love him anyway. That is where the codependency begins, when she gets in that bed. Then, they wake up and make love.

When was that moment when you felt a star was born? There were two moments. One, when I lived on the Lower East Side (in New York) and I had a subculture of artistic friends. I was not a star, but I felt like one, in my small Rivington Street. But the moment that I truly felt like a star for the first time was when I looked into the eyes of my fans and I saw myself.

You have an amazing voice. Have you thought about singing opera? Yes, I have.  I love music and different types of singing.

In that way, this movie has changed my life because I feel like the pain isn’t for nothing.  And if I can make one person feel stronger or feel understood, that is the goal.