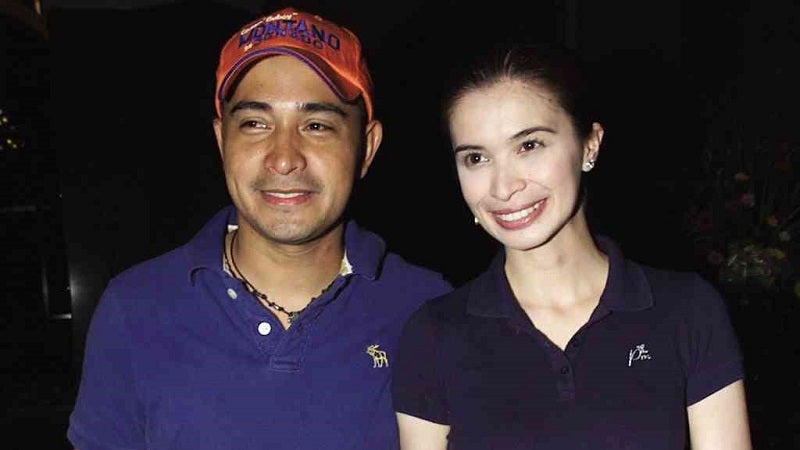 Her post bore quotes which give clues on Cruz’s frustrations towards her husband. One photo quote read: “A good father is a man who supports his children even when he has no money.” A previous photo quote in the same slideshow stated, “Real dads support their children without the law telling them they have to.”

These appear to hint that Montano may have been remiss in giving both financial and moral support to their girls.

Cruz’s followers were quick to react upon seeing the post. One fan with the handle @elkusinero suggested for Cruz to file a case against Montano. In reply, she revealed that she has, and that the case is pending. She said, “May order na rin po ang korte sa dapat nyang gawin/ibigay pero hindi parin siya nagco-comply. Filing a motion again soon.”

(The court also already has an order on what he should do/give, but he has not yet complied. Filling a motion again soon.) 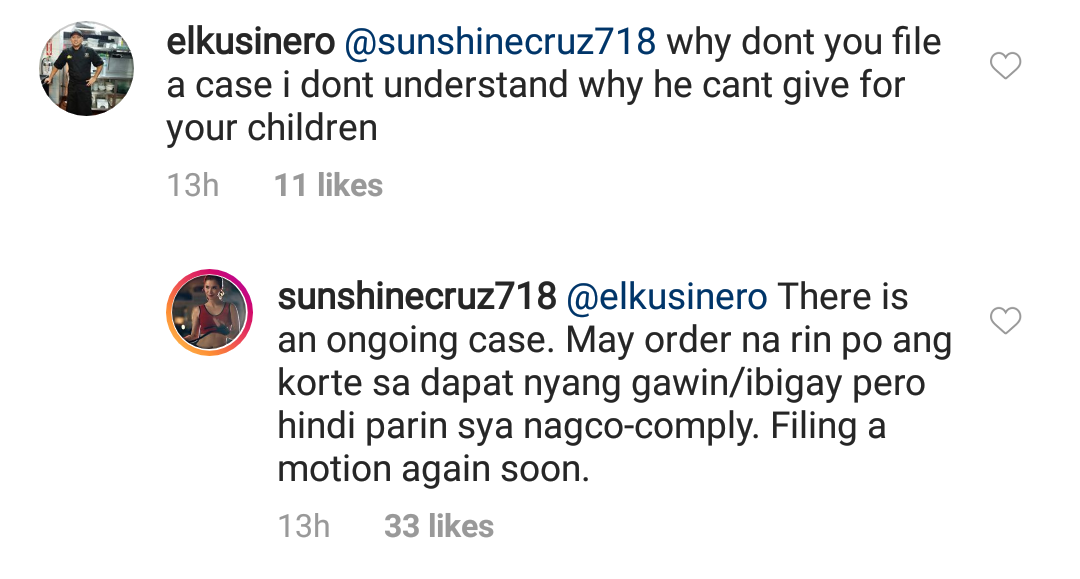 Meanwhile, one @nerd.empire thought it best if she and Montano could settle their rift privately for their kids’ sake. “Have been doing it for the past years!” Cruz replied. “Unfortunately, walang positive effect. The more nagiging grabe dahil palagi kaming nagpapasensya, tumatahimik at nagbibigay.” (Unfortunately, there’s no positive effect. It gets harder because we always tend to be patient, silent and tolerant.) 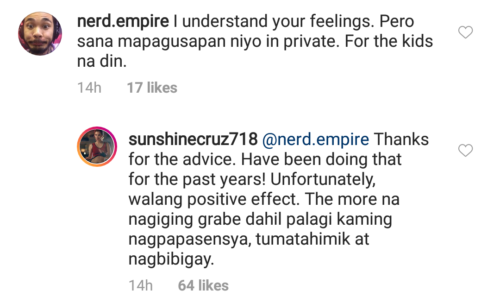 Another netizen, one @tess747, poked fun at Montano for continually having kids with other women: “Inasa na talaga [sa’yo] lahat! Gawa kasi  ng gawa!” (He left it all to you! It’s because he just keeps on impregnating other women.) Sunshine rode along the commenter’s joke and laughed it off. 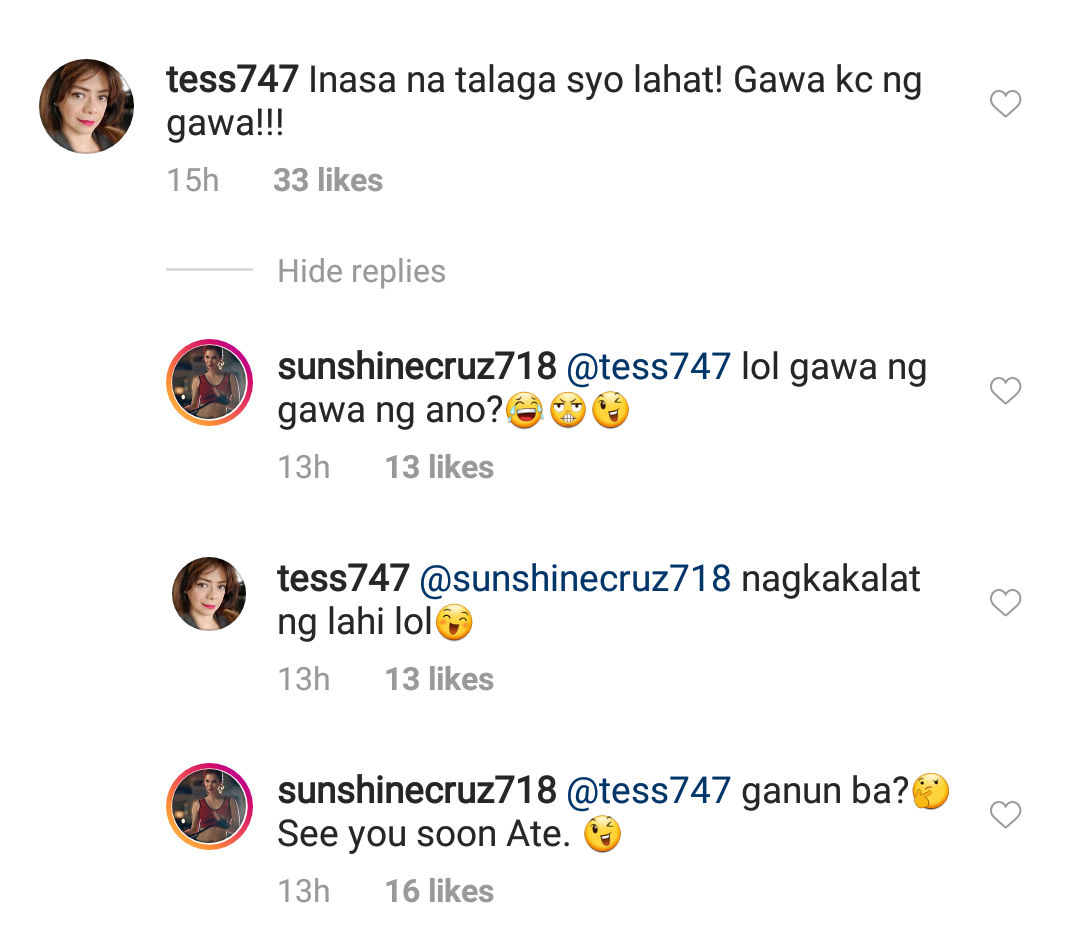 Cruz and Montano married in 2000. The two separated in 2013. That same year, she sued him for marital rape and abuse. Montano denied the allegations. JB

Read Next
Luis Manzano tells fan to get neutered to be Jessy Mendiola’s pet dog
EDITORS' PICK
Geek out at TOYCON 2022 powered by Smart Signature
UK’s Boris Johnson will resign, BBC reports
High-risk pregnancy: Reducing your risk is in your hands
House energy committee chair Arroyo bats for cheap electricity
High inflation: Your P1 is now worth only 87 centavos
Unemployment rate up to 6% in May
MOST READ
Suspect in grisly killing of missing woman in Bulacan arrested
Hong Kong suspends flight bans as it eases COVID-19 rules
Bongbong Marcos’ first order: Abolish PACC, Office of Cabinet Secretary
Kim Atienza’s daughter flaunts bikini body in response to critics of her ‘revealing photos’
Follow @KHallareINQ on Twitter
Don't miss out on the latest news and information.