An audience with the ‘Gods’ 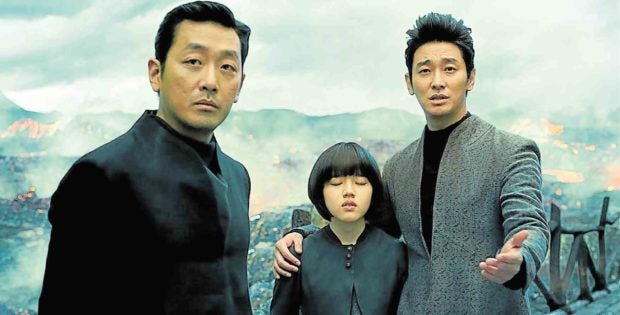 From left: Ha Jung-woo, Kim Hyang-gi and Ju Ji-hoon in “Along with the Gods: The Last 49 Days”

To fully appreciate the crowd-pleasing thrills of “Along with the Gods: The Last 49 Days,” its first installment, “The Two Worlds,” was reissued early this week to bring moviegoers up to speed on the narrative conceit that has fueled the Asia-wide success of the Korean film franchise.

The sequel, which opens on Wednesday, features top Korean stars, like mixed martial arts trainer-actor Don Lee aka Ma Dong-seok. He became popular in Manila after portraying a working-class husband with a pregnant wife in the smash zombie flick “Train to Busan,” starring Gong Yoo.

On the big screen, Don looks like he’s someone you don’t want to mess with but, in the flesh, he’s a charming guy who’s only too happy to answer any question thrown his way.

Superstar Jung-woo, 40, is as famous for his roles in Park Chan-wook’s “The Handmaiden,” Kim Seong-hun’s “The Tunnel” and Kim Ki-duk’s “Time” as he is for his forays into theater (“Othello,” “Waiting for Godot” and “The Glass Menagerie”).

The dashing Ji-hoon was an award-winning model before he became a crowd-drawing movie-TV fixture (“Princess Hours,” “Medical Top Team,” “Kingdom”). In 2009, he was hauled off to prison for six months after he was dragged into a drug scandal, but enjoyed a career resurgence soon after.

Dong-wook was a musical theater actor (“Legally Blonde”) before he found mainstream success in “Coffee Prince,” while 17-year-old Hyang-gi began acting at age 5. 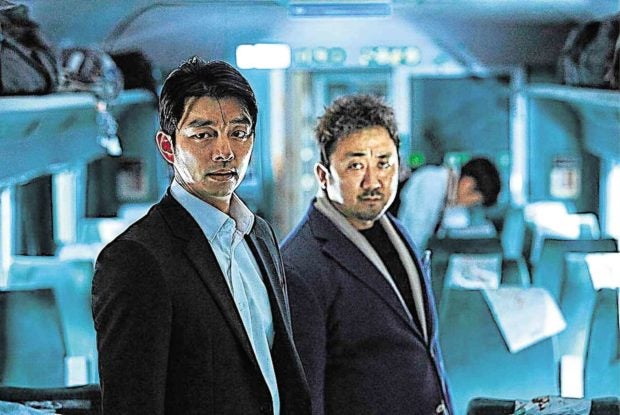 Don Lee (right) with Gong Yoo in “Train to Busan”

In “The Last 49 Days,” Jung-woo, who portrays the leader of the three Grim Reapers, takes on a bigger challenge that could end up badly. In person, he looks cool and a little detached, even with the presence of overzealous fans who were thrilled to meet him in Taiwan.

Asked why he thought the film has struck a chord with moviegoers in Asia, he said that the franchise’s popularity could be attributed to our fascination with the afterlife.

“It’s an Asian thing,” Jung-woo mused. “What is heaven, what is hell? The film examines our common curiosity about life after death.”

Jung-woo also said that if he had to go through the seven trials, the most difficult stage would be the Hell of Deceit (Fool’s Hell).

“Lying has become easy for many people these days—it has become common among humans,” he enthused.

The film tackles a lot of themes—forgiveness, kindness, sincerity, the belief in reincarnation, making the wrong things right, etc. What is “49 Days’” most crucial message?

“It has intersecting themes, but I think its most important message is forgiveness and reconciliation. If you ask me what they’re for, I’d say that they are keys to a good life and a healthy relationship. ‘The Two Worlds’ and ‘The Last 49 Days’ complement each other—they continue to seek ways for people to lead better lives.” 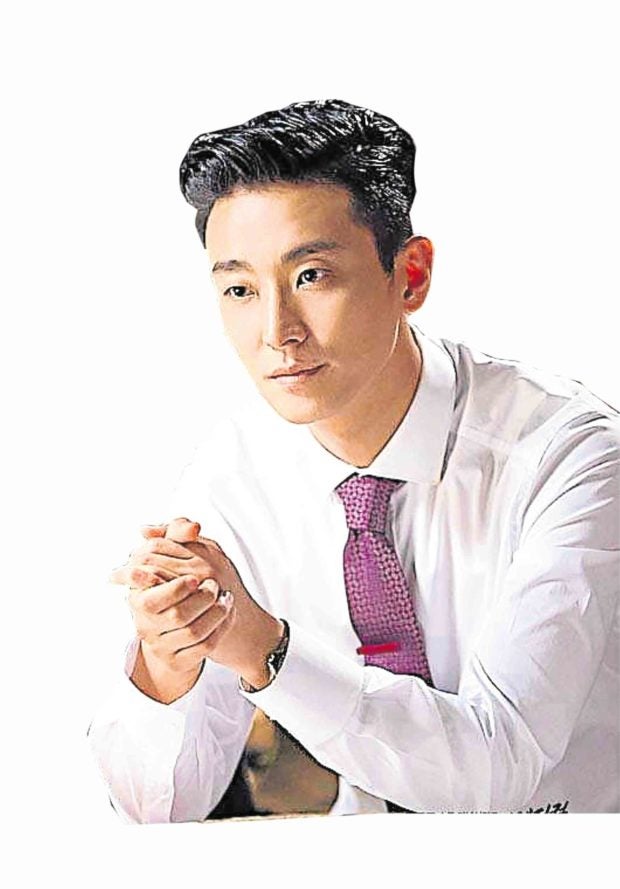 TAGS: Along with the Gods: The Last 49 Days, Ha Jung-woo, The Two Worlds