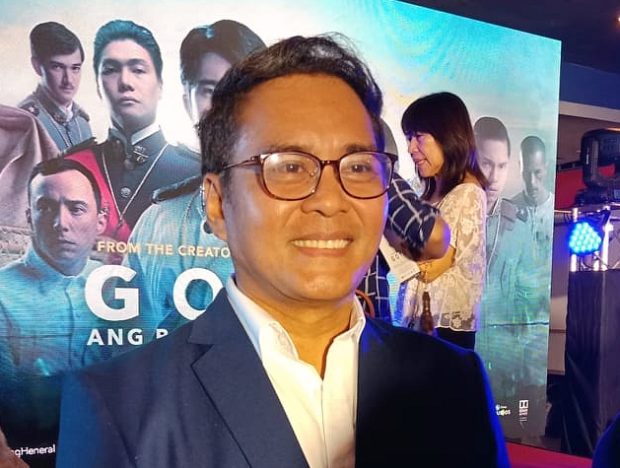 History books may say Philippine heroes General Antonio Luna and General Gregorio Del Pilar have not been the best of friends but “Heneral Luna” lead actor John Arcilla only has good words for the second sequel of the Jerrold Tarrog historical trilogy “Goyo: Ang Batang Heneral.”

Among the celebrities who graced the event was Arcilla, who played the lead role in the 2015 historical biopic “Heneral Luna” about the life of Luna, often described as a “fiery-tempered” but also a brilliant military strategist during the Philippine Revolution in the late 1800s.

“Goyo,” on the other hand, features the life of Del Pilar, one of the youngest generals of the Philippine revolutionary forces.

He pointed to the contrasting characters of the two generals: Luna and Del Pilar.

During the recent grand media launch for “Goyo: Ang Batang Heneral,” the director described the opposing characters of the two generals, comparing Luna to “apoy” (fire) and Del Pilar to “tubig” (water).

Arcilla believes people should know the contribution of heroes in shaping Philippine society and government.

“Somehow it will give us the resolution as to who is really the hero and not the real hero in our history,” he said.

He also mentioned that he would gladly do a cameo for Luna if the script of the last movie of the trilogy would so require.