No fifth season for ‘Mr. Robot’ 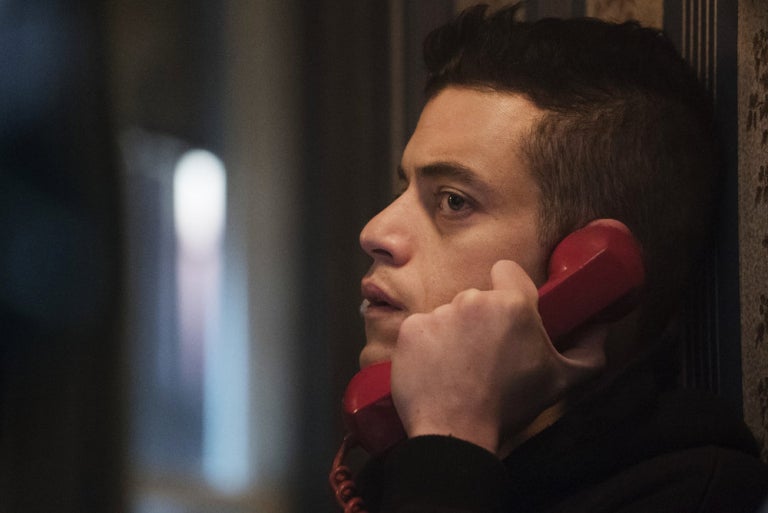 The plug’s been pulled on tech thriller “Mr. Robot” which had been expected to complete a five-season arc, but will now end its run with 2019’s season four.

The fourth season of “Mr. Robot” will be its last, after USA Network and show creator Sam Esmail announced its upcoming conclusion.

Starring Rami Malek in his breakout role as Elliot Alderson, an IT security worker who becomes embroiled in a conspiracy to hack a giant corporation and eradicate consumer debt, over the course of its first three seasons “Mr. Robot” accrued a loyal following, as well as racked up wins at the Emmys and Golden Globes plus numerous additional award nominations.

But the tale of paranoia and power games is to wrap up a little earlier than expected, after previous indications that the show would run to a five-season total.

“Excited to show you guys the final chapter in Elliot’s journey,” Esmail wrote in an Aug. 29 Twitter message. “It’s going to be sad to say goodbye to Mr. Robot, but it’ll be sadder to say goodbye to all the fans. Thanks for hanging with us throughout the years and cannot wait to share the conclusion with all of you.”

The news confirms a mid-August suggestion from co-star Christian Slater that season four would be the show’s final outing.

Malek has the lead role in Freddie Mercury biopic “Bohemian Rhapsody” due November 2018, and voices one of the animal characters in April 2019 fantasy adventure “The Voyage of Doctor Dolittle”.

In addition, he has accepted the lead role in “American Radical” based on the hit memoir about an American Muslim working for the FBI’s counterterrorism division.

That project is being headed up by Esmail himself, who has a second TV series in the works: military thriller “Homecoming” is set to debut November 2018 with Julia Roberts as its lead.

He also has a mini-series adaptation of 1927 classic film “Metropolis” on the go, as well as a thriller about the Bermuda Triangle which he is to co-write and direct.

Christian Slater can be seen in Cincinnati library drama “The Public”, the Emilio Estevez movie which is booked for a world premiere at the Toronto International Film Festival in early September. He has voice roles in Disney animated series “Milo Murphy’s Law” and “The Lion Guard”. JB