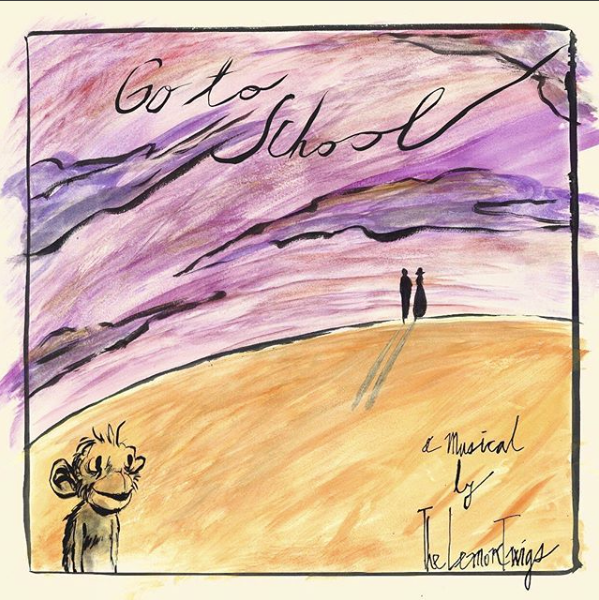 The Lemon Twigs’ memorable first album, “Do Hollywood”, was so self-assured it was hard to believe its multi-instrumentalist masterminds, Long Island brothers Brian and Michael D’Addario, were still in high school. Perhaps even more surprising was that the youngsters were so obviously enamored by the flamboyant pop of their parents’ (or grandparents’) generation. The record was a fun, florid ’60s-and-’70s throwback brimming with melodies, hooks, harmonies and a hefty dose of psychedelic weirdness.

The ambitious duo, now 21 and 19, have gone straight to the rock musical phase of their career. “Go to School” (4AD) is a sprawling concept record about the adolescent struggles of a chimpanzee raised as a human boy. And as might be expected with a concept like that, it allows the D’Addarios to go full throttle with the theatrical themes and grandiose production they experimented with on their debut.

The chimp’s father is played by Twigs hero Todd Rundgren, another pop purist who took the form to far-out places. While the brothers have said they’re striving for Sondheim, at its most overwrought, “Go to School” is more reminiscent of Meatloaf’s “Bat Out of Hell” — produced by Rundgren.

The striving love song “Queen of My School” is sparkling power pop. “Rock Dreams” is a blast of bombast. And “The Fire” packs an emotional punch, with a flash of violence at school, “where everyone was pushing” our furry hero.

The overarching primate-growing-pains narrative is thin, but the best numbers stand apart and will make fans anxious to see what these bold brothers come up with next. CC

Neil Finn and son Liam get dreamy on ‘Lightsleeper’ — a review

Album review: ‘Music From Another Dimension’ by Aerosmith