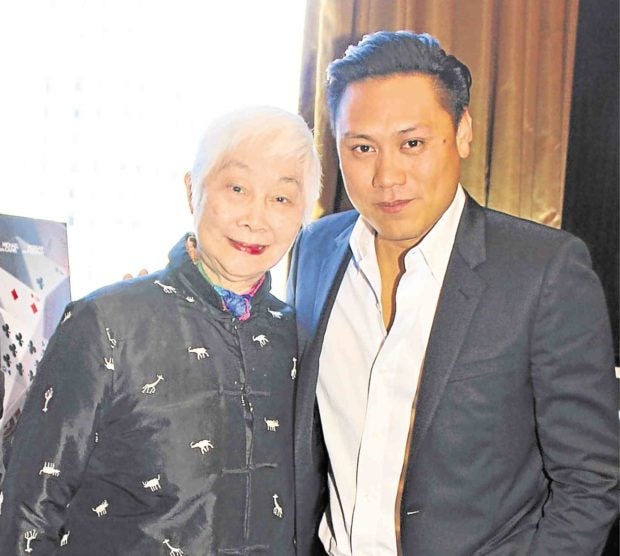 LOS ANGELES—A “Crazy Rich Asians” sequel is already being developed by Warner Bros. And Jon M. Chu, the filmmaker behind the hit adaptation of Kevin Kwan’s novel, will direct again.

Jon, who was raised in his parents’ popular Chinese restaurant in the Bay Area of California, has successfully brought the story of Rachel Chu (Constance Wu), a New Yorker who goes to Singapore to meet her boyfriend’s (Henry Golding) family.

“Crazy Rich Asians” is the biggest rom-com hit in recent years. The USC film school alumnus, whose credits include “Now You See Me 2” and “G.I. Joe: Retaliation,” feels fulfilled to have made “Crazy Rich Asians.” He said he’s been thinking about making more relevant films: “Am I just a guy who does sequels, or am I actually adding something that no one else can do?”

The 38-year-old has a young daughter with his wife, graphic designer Kristin Hodge.

Can you talk about the fine line you had to tread in making this film—it could have been cheesy or racist. I wanted to make it personal, even before I knew what movie it would become. I was looking for a movie that spoke to my dual cultural identity. I grew up in a Chinese restaurant (owned by his family, in Los Altos, California). My mom and dad came over from China when they were 19, 20 years old. I’m an all-American kid; I played sports and all these (musical) instruments.

I remember going to Asia for the first time. This idea of “oh, it feels different here,” then you realize, “oh, you don’t belong there, either.” That story just happened to be in this crazy world of Rachel Chu. The book spreads out the story among many different characters, but what I really attached myself to was Rachel’s—this Asian-American’s journey into Asia for the first time.

Talk about Lisa Lu, because she plays such a great character. She’s a warrior. I loved her in “The Joy Luck Club” years ago. Our whole family went together in a minivan one early Sunday morning to watch that movie, then went to a dim sum restaurant and talked about it for hours. Lisa was somebody we always talked about and loved. We actually won an auction years later, where she came to our restaurant, and our whole family got to meet her.

So, when this part came out, and we needed someone who was both warm and fierce, I thought of Lisa. She’s 91. She still does a six- or seven-hour theater show in Shanghai every year.

Can you talk about tapping into the Asian culture, especially for those who don’t get that opportunity to go to Asia?

I remember that when I was growing up, it was difficult to explore your own cultural identity, because you’re scared. I remember in grade school when my parents … presented to the whole class what Chinese New Year was. I was in the back and didn’t want it to happen. My parents brought lion dancers, chocolates in gold wrapping, red envelopes with a little money in them.

All of a sudden, I was the most popular kid in school. And it was just about understanding what this culture was. I tried to take that approach into this movie, that it’s actually a great adventure to come with me to Singapore. Singapore isn’t China, so it’s very different. There are many different ethnicities there.

How important was it for you to show all these different facets and people in Asia? When you’re part of that family, you see all the infighting, the irreverence. That’s what’s great about having a whole cast of characters. You don’t have to rely on one character to define every Asian person. They’re bringing all their goods to the screen.

Can you talk about how Kevin Kwan optioned his “Crazy Rich Asians” manuscript for a measly $1 to the producers, to help make sure the movie is made? We developed the movie outside the studio system. I came on with Nina Jacobson, Brad Simpson and John Penotti. Kevin was on, and they had a script already. When I came on, I thought the script could be more specific to the culture, so I brought in Adele Lim, an Asian female writer who came and brought in the specificity. Then, we decided to take it out to the studios.

And you had freedom to make the movie. Oh, absolutely. Warner Bros. was a great partner to allow us to do what we had to do. They didn’t interfere.

There was a point in the book where Rachel’s character talks about why she doesn’t date Asian men. As we were about to shoot it, Constance came to me and said, “This doesn’t feel right, this feels like from the past. We’re trying to lift up Asian men, and here we are cutting them down.”

We looked at it and she was right, there was something odd about it, and we just took it out. That’s why it’s important to have representation behind the camera and in front, because then I wasn’t just rushing it through, like OK, whatever, we’ll cut it out later, then it stays. This was a real debate, then we brought in the producers, writers and the studio, and everyone could debate about it. Who knows if we got it right or wrong, but the debate itself is important. There’s a conversation that had to be had.

You became a father last year. How do you plan to raise her in America, especially after your experience and gaining new insights from making this film? Of course, a big reason why I wanted to cast Constance, Michelle Yeoh and Lisa was because they represented these female role models that I want my daughter to look up to. I want her to know she can have all of this. She can be whatever she wants if she works hard.

Did you want your movie to be also a statement on obsession with fashion, jewels and all that? Our goal, even though it’s called “Crazy Rich Asians,” was not to make a movie about just rich people. This is actually about Rachel Chu, who’s not rich at all.

The lavishness is not the most important thing in our movie … the reality is, everybody’s a human being. Through Rachel’s journey, we see that. Money is actually the least thing that makes you happy.