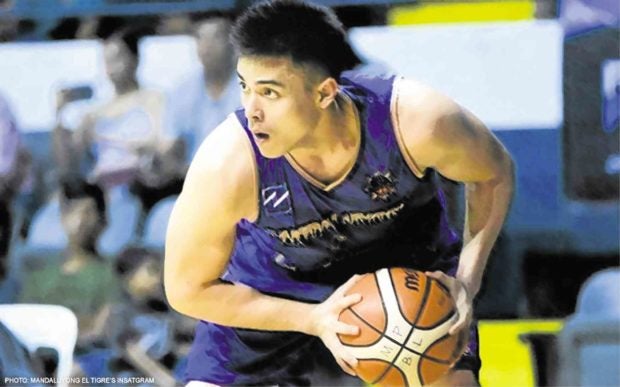 “Playing Lawrence, my character in the film, wasn’t really much of a stretch, because we both love music,” the dashing actor mused. “But there’s something about the movie’s theme of giving people second chances that strongly resonates with me. And it’s making me realize there are things we should never lose sight of … that there are dreams we should continue pursuing till we realize them.”

If you think Xian is talking about acting or the pursuit of fame, think again. That little-discussed “dream” actually began to take shape 10 years ago when he was still living in the United States. But, an unexpected twist of fate led him to a career in show biz and turned him into a movie star.

“If I could go back in time, I would not give up on basketball,” he enthused. “My ‘second chance’ is telling me to continue pursuing it. Not a lot of people know that, in 2008, I dropped everything and moved back to the Philippines to become a basketball player.

“But, I gave it up because things got rough—walang nakapansin sa akin at ang hirap makapasok [sa mundo ng basketball]. But, who says I can’t do it, just because I don’t look the part? Appearances can be deceiving. The movie has made me realize that not all is lost.”

Xian, who’s 6 feet and 1 inch tall, will reportedly be playing for the Mandaluyong El Tigre team for the 2018-2019 season of the Maharlika Pilipinas Basketball League, launched by Manny Pacquiao last year.

The actor also sees his transfer to Viva as a welcome opportunity to grow as an actor. “This might sound cheesy, but I want to explore my full potential as an actor. I’ve always wanted to express my artistic side in a more productive way. I think letting Viva steer my career is the best way to go about it.

“I look forward to doing challenging projects and characters I don’t usually get offered, like my daring role in ‘Sin Island.’ In this industry, it doesn’t matter how talented you are if you aren’t given projects that show off your best traits or showcase what you can do. So, here’s my advice to people: Don’t stop dreaming!”

OK, let’s take a detour: The last time the 29-year-old actor visited us at the Inquirer office, he disclosed that he wasn’t the type who would party a lot.

When we asked Xian what we’d see if we visited his room in his downtime, he said, “I’m a homebody, sobra (laughs). So, when my friends come over, nagugulat sila kasi ang tahimik ng bahay ko. There are no distractions. You’ll see me playing the piano, and surrounded by my collection of books. Ako ang distraction ng mommy ko or my lola (laughs).

“I watch a lot of films. If I get to pick the type of roles to tackle, I’d love to be in a psychological thriller—that’d be challenging to do.”