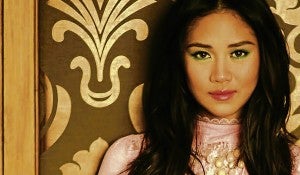 GERONIMO. An opportunity to “stretch.”

ANNIE Circulado, housewife: “Watching Tintin Bersola-Babao’s ‘ParenTin’ segment on TV5’s ‘Kumare Klub’ is becoming a morning habit. As a mother, I look forward to her enlightening discussions with experts on various aspects of parenting.”

Martin Bonje, televiewer: “After lording it over its timeslot, ‘Showtime’ will be pitted against the longest-running noontime show, ‘Eat Bulaga,’ starting Feb. 6. This is a wise move for ABS-CBN, considering the talent show’s huge following.

“But, this also poses a challenge for ‘Showtime,’ because the noontime show it’s replacing couldn’t dislodge its competitor on its time slot. Who will blink first—the new challenger or the current winner?”

Jessel Barrera, bank employee: “I’ve always admired comedians, because comedy really requires talent and a lot of hard work. But, it’s a different story when they attempt to do drama in the hope of being regarded as ‘versatile.’

“When comediennes go the dramatic route on TV and in films, their attempts are often found wanting. I think this has to do with public perception, especially in these parts, where comediennes have to really ‘look’ the part. As a result, the audience doesn’t take them seriously. Perhaps they should stick to what they do best—making audiences laugh!”

Jackie Flores, student: “Sarah Geronimo is reportedly doing a musical-variety show, like Nora Aunor’s ‘Superstar.’ This is welcome news, because it presents an opportunity for Sarah to ‘stretch’ musically, by singing songs she doesn’t usually do.”