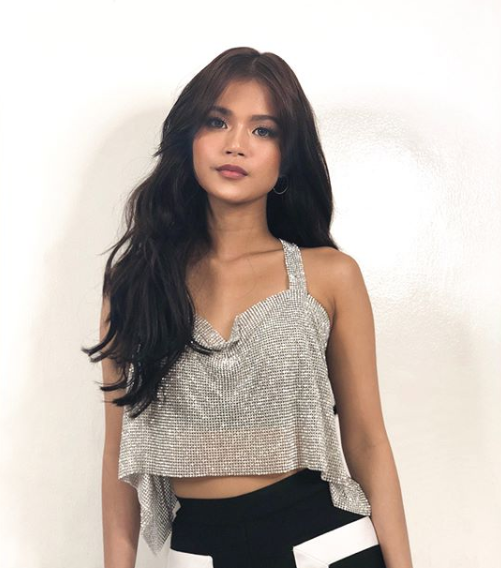 The 2018 Star Magic All Star Game saw the best in skill and sportsmanship among showbiz stars yesterday, Aug. 19.

Besides the basketball game, Star Magic talents added excitement during halftime with song and dance performances.

One of the performers was Maris Racal, who put on an energetic show despite admitting that she was suffering from something a lot of women experience.

“It was [my] first time dancing while having menstrual cramps! Haha! Fight that heavy feeling!” said the 20-year-old actress and singer in a social media post of her performance.

It was first time dancing while having menstrual cramps! Haha! Fight that heavy feeling! (c) pic.twitter.com/ScrIt9hlV8

Wearing a shimmery silver crop top and workout leggings, Racal was captured mid-sway, smiling amidst the pain of dysmenorrhea.

She amused fans with her candidness, with some even saying she could endorse napkin brands. But one commenter, Jonalyn Valdez-Villasin (@jhonavill7), though felt it was “TMI” (too much information).

The stigma against periods can come in the form of seemingly harmless comments which refuse to talk about menstruation, despite it being a normal bodily function. But not treating it as normal has consequences for girls and women the world over — to this day, girls are exiled to “period huts” in Nepal because they are seen as impure, with some even dying in the huts because of the lack of proper hygiene.

But clearly, Racal has no shame for the time of the month, even tweeting the day before that she was sad her period had arrived: “Period why today,” she said on Saturday.

Love team partner Iñigo Pascual showed his support for her after her halftime show: “Hahaha you always kill it! Proud of you!”

Racal underscored her discomfort in her response: “Imagine my pain Ate Iza!” JB