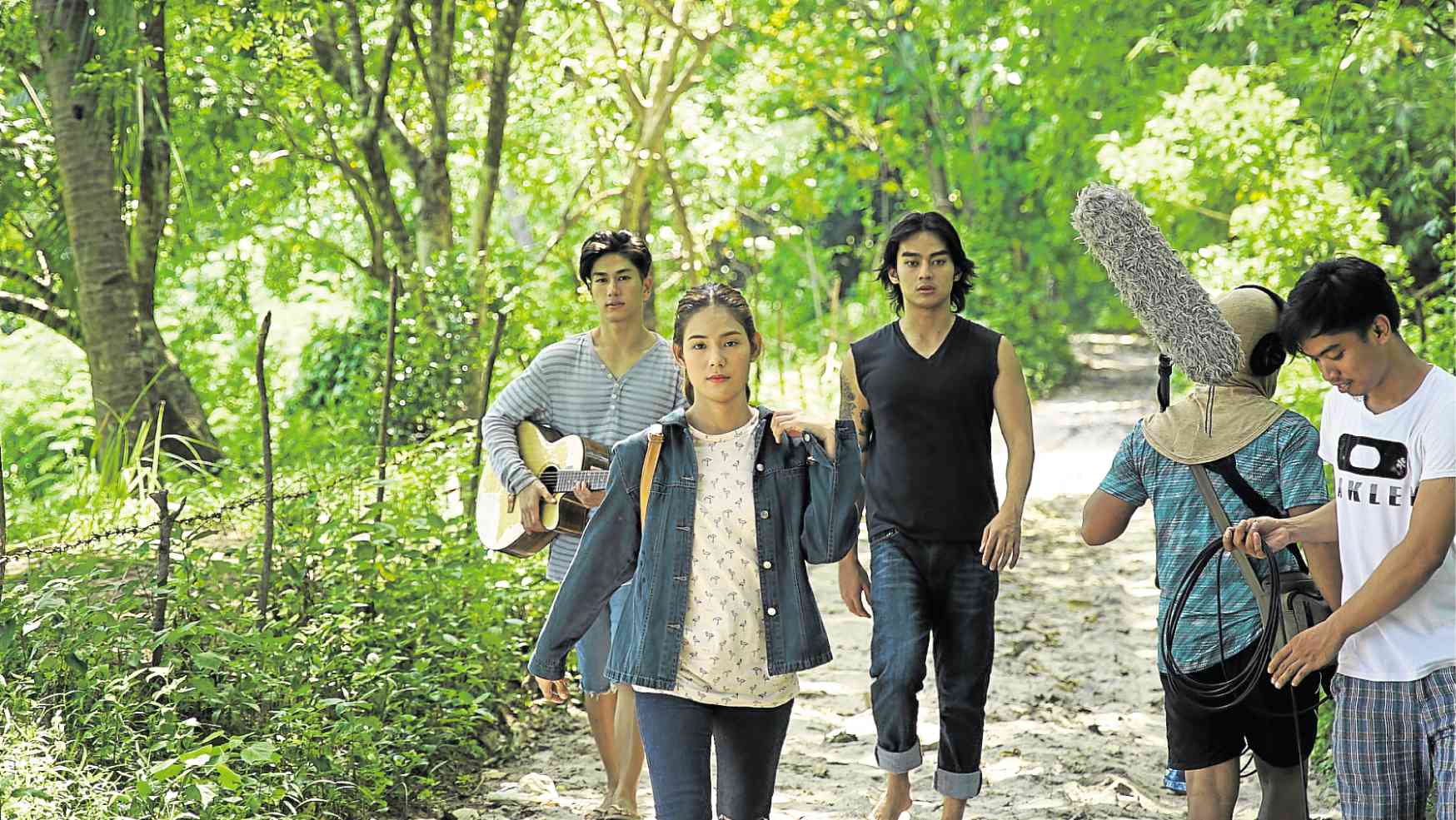 Filmmaker Jason Paul Laxamana, who said he was well aware of the poor box-office performance of previously shown locally produced musical films, claimed that his “Bakwit Boys” is “of a different kind.”

“I really don’t know why musical films are doing poorly when we’re supposed to be a music-loving people,” Laxamana told the Inquirer. “Sadly, there’s a stigma when it comes to this genre, maybe because the audience finds it corny that people suddenly break into song and dance.”

Laxamana said that what sets “Bakwit Boys” apart from films of the same genre that were shown recently is that “the characters don’t just sing out of the blue, or when their emotion is high. The songs—the selling point of the film—aren’t part of the dialogue. The characters here are part of a group that writes songs, and they perform them. Music is embedded into the story.”

“Bakwit Boys” is one of the finalists in the 2018 Pista ng Pelikulang Pilipino, which runs until tomorrow. It is a story of four brothers (Vance Larena, Nikko Natividad, Ryle Santiago, Mackie Empuerto), who are forced to leave their hometown after it is devastated by a super typhoon. They struggle to bring music back into their lives. They then meet a city girl (Devon Seron) who discovers their talent and wants to help them succeed.

Laxamana, who hails from Pampanga, said the story is very personal in the sense that “I incorporated my story as a survivor of the Pinatubo eruption (in 1991). I witnessed, not just how my family, but the entire province, rose from the ashes.”

Laxamana added that, some 10 years ago, he was very active in collaborating and helping aspiring musicians from Pampanga and so this film is his “tribute to that stage in my life.”

“But I wanted my treatment to be light—that’s the effect of music on me. It somehow cushions the negative emotions that I feel. I wanted to translate that cushioned effect to the movie. I’m kind of nervous, after all, this is my first musical,” he declared.

Laxamana once tried to handle a band, he said. “I was very strict with them (group members). I required them to attend every gig we got invited to, but what I failed to realize was that they also had their own lives outside the band,” the director recalled.

He said one band member would ask for compensation after each gig, “and I took this against him. I was at fault because I didn’t check; he comes from a poor family and he needs to provide for them.

“The film is a reflection of what I realized from that experience—that I have the luxury of pursuing a dream, that I’m more privileged compared to others. I’m sorry that I didn’t realize that sooner. I hope they will get to see this film.”

Laxamana said the songs—all six of them by Tarlac-based composer Jhaye Cura—were placed strategically throughout the movie. “The songs can really stand independently. You can even stream and download them,” he added.