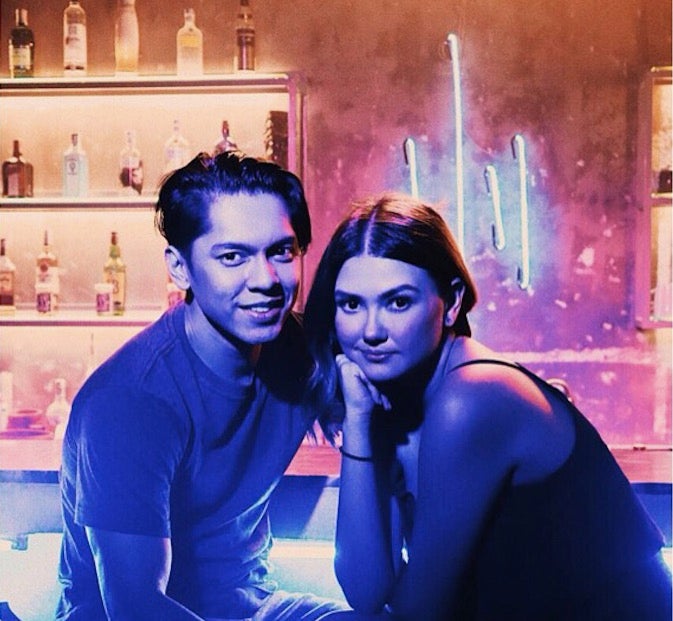 Angelica Panganiban and Carlo Aquino sent the hearts of CarGel fans racing when they almost kissed while playing the party game “suck and blow.”

As part of their promotions for their upcoming film “Exes Baggage,” Panganiban and Aquino took up the “suck and blow” challenge. Footage of their attempt was then uploaded on the Facebook account of Black Sheep Studio, which produced the movie, on Friday, Aug. 17.

“Suck and blow” involves a set of playing cards that two participants transfer to a container from the deck. The participants must transfer the cards using only their lips. They do this by having one participant suck on the face of one card to hold it in place. The other participant then sucks on the other side of the upheld card to secure it while the first participant blows on it to release. The participant now holding the card must successfully drop the card into a container to complete one round. The challenge is to put as many cards as possible into the container.

With 20 cards in and time running out, Aquino transferred the 21st card into the bin. However, he saw that a second card had been stuck with the previous card and quickly tried to get it. Aware that the time was up, Panganiban started laughing and dropped the last card from her lips. Unaware, Aquino tried to get the last card and nearly touched his lips to the giggling Panganiban’s bare lips. The video then cut out with a slow mo of the almost accidental kiss and the statement “Kaya niyo bang kabugin (Can you beat this)?”

CarGel Do The Suck and Blow Challenge

Your favorite couple sucks… 😬and blows in the first of our #CarGelPartyGames! Kaya niyo bang talunin ang record nila, Sheepmates? 😜

Apparently this challenge is the first of a series that will be uploaded separately at a later date, leading up to the release of “Exes Baggage.”