For Glaiza, singing at CCP feels like winning an award 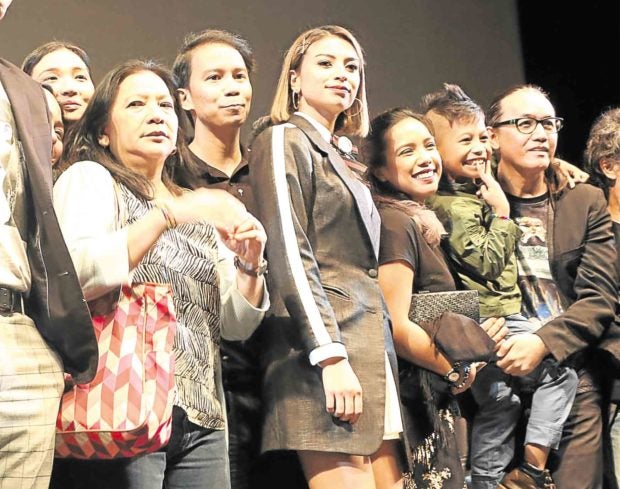 Not all singers are given the rare chance to perform onstage at the Main Theater of the Cultural Center of the Philippines.

Quite understandably, Glaiza de Castro, lead star of the Cinemalaya film “Liway,” was daunted by the prospect of gracing the same stage usually reserved for opera singers and ballet dancers.

Fest organizers had asked her to render Asin’s “Pagbabalik,” one of the songs featured in Kip Oebanda’s “Liway,” at the closing/awards ceremony of the indie event last Sunday.

“It was surreal,” Glaiza told the Inquirer. “I felt like I had won an award that night, and it definitely made me realize that this is what I really want to do: To perform. To tell stories. To inspire myself so it will inspire other people.”

“I got emotional when she sang at the CCP,” the filmmaker related. “Her rendition of the two Lolita Carbon songs in the film (the other is “Himig ng Pag-ibig”) was haunting. Her voice has so many layers of emotion and nuances, making her performance memorable. I am glad that Cinemalaya became a platform for her to showcase both her acting and singing prowess.”

The actress and her director had agreed from the start that they were not doing the film for acclaim, for awards and accolades. Their purpose was crystal-clear, she remarked.

“He wanted to start a discussion among those who would get to watch the movie… that they should not be afraid to share with others their personal experiences,” she explained.

“Liway” chronicles the struggles of the filmmaker as a kid growing up in a detention center, raised by his parents who were political prisoners during martial law. 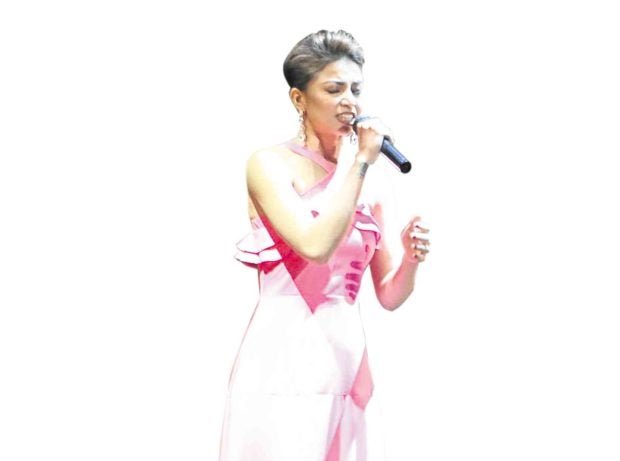 “As for myself, I only wanted to give justice to the role. In my opinion, I think we were able to achieve our goals—if not surpass them,” she asserted.

“She is an intelligent actress with a deep well of emotions,” the director praised his lead star. “On the set, she was generous and never tried to upstage her fellow actors. She was always game for anything and never complained, even if she was exhausted. In every scene, she gave her all.”

She pointed out that the entire team had felt honored and humbled by the movie’s two prizes: a Special Jury Commendation and the Audience Choice. (“Liway” and Benedict Mique’s “ML,” two martial law-themed films, topped the tills at the 14th Cinemalaya.)

“When we were told that ‘Liway’ ranked No. 1 at the box office, and I saw for myself how people were moved and affected by the movie, I told Direk Kip that we got more than we asked for,” she recalled.

She felt strongly about the film’s message: “If we combine the voices of many people who are saying the same thing… it will give each one of us the strength to continue pursuing our cause. And that is the same reason why I will keep doing this type of movies.”

A theatrical run in October is in the works for “Liway.”