Winwyn on mom Alma: I’ve never seen any of her movies 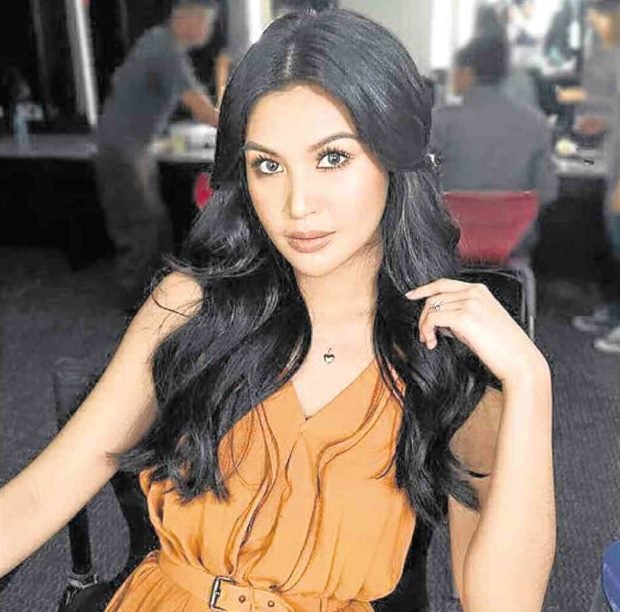 It’s such a shame that I haven’t seen any of her movies yet,” said actress-beauty queen Winwyn Marquez, who has long been searching for copies of projects that her mom, Alma Moreno, did in the ’70s and ’80s.

Winwyn said it’s unfortunate that Alma was not able to keep any copies of her films, and that she only got to see her mom in Gil Portes’ “Carnival Queen” and Ishmael Bernal’s “City After Dark” in photographs.

“What my Mama did save are tapes of some episodes of her TV show ‘Loveli Ness.’ I got to watch her dancing there,” said Winwyn of Alma’s 1988 program where the latter was seen in her signature costume that earned for her the title “Tangga Queen.”

Asked whether she would be open to showing some skin on the big screen just like mom, the 26-year-old said: “My mom left a mark in show biz. A lot of her films reflected what was happening in society during her time. Everything is different now, so I hope I won’t be compared to her. I’d agree to go sexy if the project I’m doing really calls for it.”

Teresita Ssen Marquez in real life, Winwyn is the daughter of comedian Joey Marquez. She was crowned Reina Hispanoamericana in 2017. She recently finished taking up a teacher certificate program and is preparing for her licensure exam.

“I got my love for dancing from my mom. This trait of always being analytical of what’s happening in my life, I got from dad,” she told the Inquirer during a media gathering for the comedy film “Unli Life.”

The film by Miko Livelo also features Winwyn’s dad as a cast member. For her, being able to work with Joey felt surreal. “I’m in awe of him. He’s so good at delivering jokes. I hope I become as good, and get to do this on TV and in other films, too.”

Transitioning from television work to film has been very intimidating, said the GMA 7 contract artist. “But when you are surrounded by people who know what they’re doing, things get easier for you.”

Winwyn plays comedian Vhong Navarro’s leading lady of whom she has been a big fan since his Streetboys days. “When my dad was campaigning for mayor in Parañaque, he would get the Streetboys to dance on programs that he organized. I was always seated in front of the audience, watching them perform,” Winwyn recalled. “Now, I’m already Vhong’s partner in a film.”

Now that Winwyn’s career is flourishing, does this mean she is putting her love life on hold? Her boyfriend, fellow Kapuso artist Mark Herras, 31, earlier said he was ready to settle down with Winwyn when the latter finishes her reign as Reina Hispanoamericana.

“Mark is very understanding, even when we’d only see each other once a month. He’s willing to wait for me. I refuse to feel pressured. I plan to make the most out of this,” said Winwyn. “I don’t depend on a guy for my happiness. But I’m hoping that the love Mark and I have for each other will remain forever.”

“Unli Life” is a finalist in the 2018 Pista ng Pelikulang Pilipino, which runs until Aug. 21.