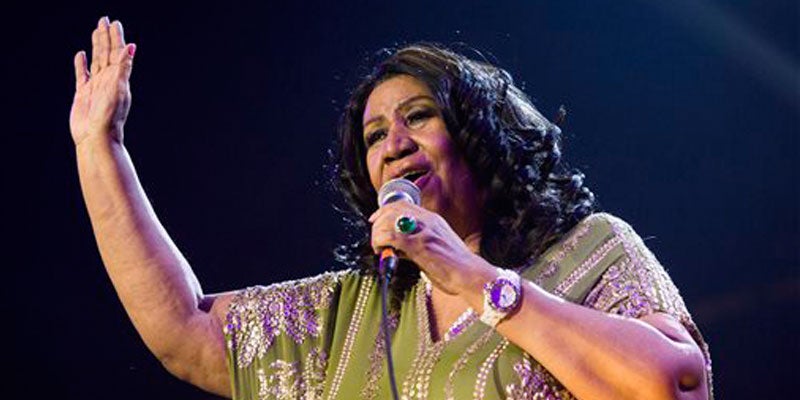 A person close to Franklin, who spoke on the condition of anonymity because the person was not allowed to publicly talk about the topic, told the AP on Monday that the singer is ill. No more details were provided.

Franklin canceled planned concerts earlier this year after she was ordered by her doctor to stay off the road and rest up. The 76-year-old announced plans to retire last year, saying she would perform at “some select things.”

At her concert in Detroit on Monday night with Jay-Z, Beyonce thanked Franklin for her “beautiful music” and said “we love you.”

Former U.S. President Bill Clinton tweeted Monday that he and Hillary Clinton “are thinking about Aretha Franklin tonight & listening to her music that has been such an important part of our lives the last 50 years.

“We hope you’ll lift her up by listening and sharing her songs that have meant the most to you,” Clinton wrote.

In an interview with the AP on Monday, Emmy-winning actor Sterling K. Brown said, “May I wish the Queen of Soul all the best.

“Your music has moved and inspired a generation,” he added, “so my prayers are with you. Wishing you all the best, queen.”

Actress-singer Mandy Moore, who stars in “This Is Us” with Brown, said Franklin has “the most incredible legacy.

“Who is not a fan? I don’t think there is anyone that Aretha Franklin’s music has not touched or influenced in one way or another,” she told the AP. “She’s the best of the best.”

Fans gathered Tuesday in Lafayette Park, directly in front of the White House, to pray for Franklin. With a saxophonist playing nearby, Rocky Twyman clutched a handwritten get-well card made from a white poster and appealed to passing tourists to sign it and pray for the singer.

The card read: “Book of Love and Healing for Aretha, the Queen.”

Twyman, of Rockville, Maryland, described himself as a longtime fan. He said he and his religious group held a prayer vigil outside the White House for Franklin in 2013, and she got better then.

“We’re hoping that God will shine down upon her and heal her again,” he said.

Tuva Johannessen, a tourist visiting from Norway, signed Twyman’s get-well card. The 34-year-old said she has been listening to Franklin’s music all her life.

“I loved how she has an ability to touch people’s heart with her music,” Johannessen said. /cbb