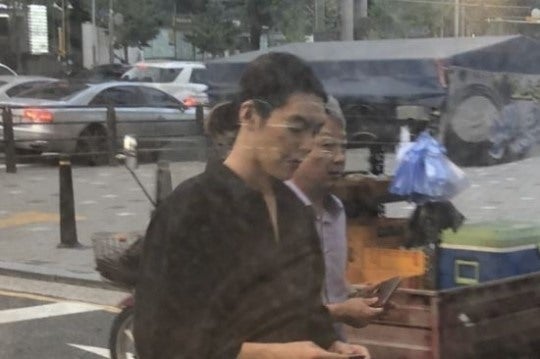 South Korean actor Kim Woo-bin was spotted in public after a long hiatus to recover from nasopharyngeal cancer.

A photo of Kim walking into a cafe in Seoul surfaced on social media Sunday, reports K-Pop Herald. He was seen with his friend and fellow actor Lee Jong-suk.

In the photo, Kim has long hair down to his shoulders and appears frailer than before. In another image, he is seen crossing the road with his hair tied in a bun.

The actor temporarily ended all public activities in May 2017 when he was diagnosed with cancer.

Years after, on the story, they reunited in adulthood. Weathered by the harsh realities of life, Joon Young has morphed into a self-centred superstar and Noh Eul a pragmatic and materialistically motivated television producer. Despite the change, they grow uncontrollably fond of each other. JB

Seo Kang-joon releases song for ‘Are You Human?’