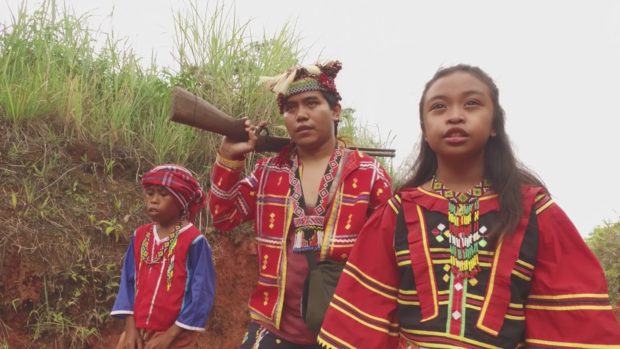 The award-winning indie film, “Tu Pug Imatuy,” will be among the movies featured in this year’s Pista ng Pelikulang Pilipino (PPP) from August 15 to 21.

“Tu Pug Imatuy” (The Right to Kill) tells the story of a Lumad couple who struggle against problems in their community such as mining and military operations that eventually ravaged their land.

The film has bagged prestigious recognitions from different award-giving bodies, including the Grand Jury Prize for Film at the FAMAS Awards and the Best Picture at Sinag Maynila Film Festival 2017 where the film was premiered. Its director, Arnel ‘Arbi’ Barbirona. was also named the Best Director by FAMAS, Gawan Urian, and Sinag Maynila.

The movie is part of the Special Features Section of award-winning indie movies in the PPP.  The film aims to connect the Filipino audience with the pressing problems of indigenous people.

Launched in 2017, the PPP is a seven-day exclusive screening of quality Filipino films in celebration of the Buwan ng Wika. The festival is organized by the Film Development Council of the Philippines headed by Liza Dino-Seguerra. /ee

Read Next
‘Ang Probinsyano’ called out by Marian-Dingdong fans for alleged use of wedding, Zia’s photos
EDITORS' PICK
Gilas out to prove Korea win not a fluke; Tab fires back at ‘lucky shot’ remark
Smart brings KCON:TACT especially 4U to subscribers from June 19 to 27
Smart celebrates all kinds of ‘#SimplyLove’ for Pride Month
SWS: Over 12M Filipinos still jobless as of May 2021
Brazil set to pass half a million COVID-19 deaths
WATCH: INQside Look with Fil-Am actress Aina Dumlao
MOST READ
The opposition’s dilemma
Underdog Dasmariñas vows to fight to the death vs Inoue
Chavit Singson joins Nationalist People’s Coalition
Rajko Toroman praises, warns Gilas Pilipinas
Don't miss out on the latest news and information.