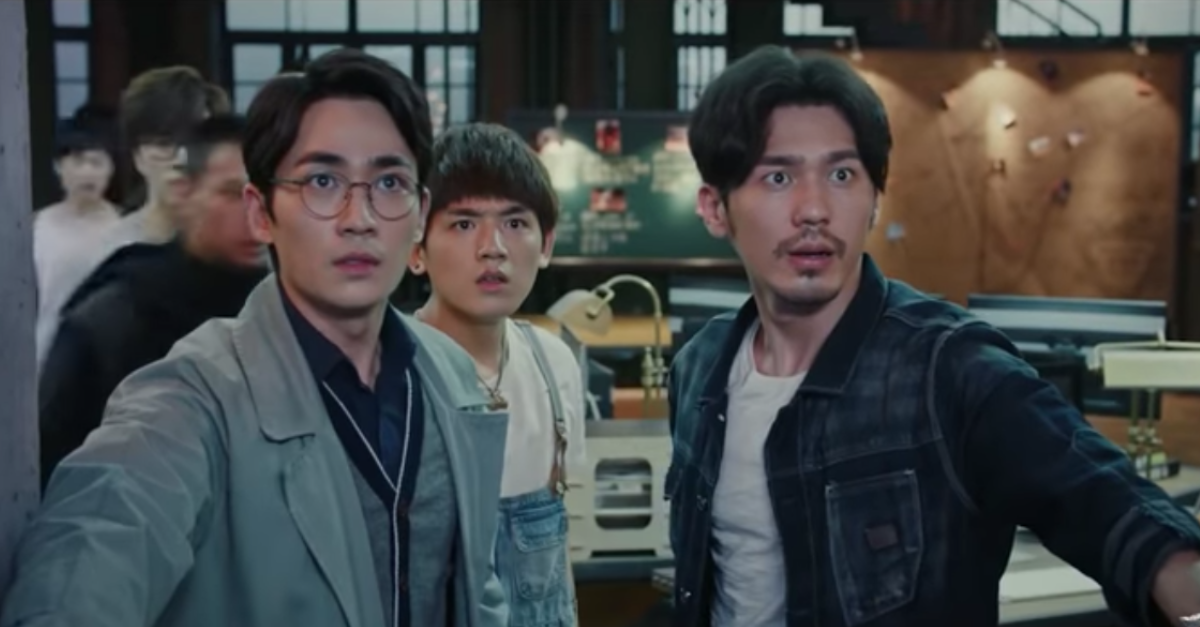 A still from “Guardian”. Image: Screengrab via YouTube/Youku

Gay-themed sci-fi drama “Guardian” (Zhenhun in Chinese) was taken down from China’s leading video-streaming platform less than two months after its release last June. All episodes of the show, according to The South China Morning Post last Aug. 4, were totally removed from Youku, a video hosting service based in Beijing.

“Guardian” is based on a novel published online by a writer only known as “Priest”. It is the latest out of many others that have suffered a similar fate after an official order from the State Administration of Press, Publication, Radio, Film and Television was issued last July to clean up TV programs of “harmful and vulgar content.”

As per the report, a Youku spokesperson shared that “Guardian” was taken down for content adjustments. The spokesperson, however, did not share any details, of which of the content required adjustment and when the drama series would return to the screen.

The show’s 40 episodes were released between June and the end of July, amassing more than 1.8 billion views on Youku in that short time. The story brings to light two male protagonists, both of whom have supernaturals powers, who are on a mission to maintain order and peace between two worlds.

But while “Guardian” was straightforward in its depiction of the protagonists’ interactions, the writers of the series were vigilant in avoiding gay undertones. They, instead, referred to it with the hashtag “socialist brotherhood” to escape official attention.

It appears, too, that it isn’t just television series that are affected. Last June, children’s books with LGBT themes were stripped from library shelves by the Hong Kong government.

This was after an anti-gay rights group, identified as the Family School Sexual Orientation Discrimination Ordinance Concern Group, pressured the Home Affairs Bureau of the government to take down children’s books with same-sex parents from The Hong Kong Public Libraries. Cody Cepeda/NVG

Read Next
Mother Beyonce wants acceptance of curvier bodies
EDITORS' PICK
Geek out at TOYCON 2022 powered by Smart Signature
High inflation: Your P1 is now worth only 87 centavos
High-risk pregnancy: Reducing your risk is in your hands
Unemployment rate up to 6% in May
House energy committee chair Arroyo bats for cheap electricity
Bye bye Boris: UK PM Johnson bows out with regrets but no apologies
MOST READ
Suspect in grisly killing of missing woman in Bulacan arrested
Hong Kong suspends flight bans as it eases COVID-19 rules
Kim Atienza’s daughter flaunts bikini body in response to critics of her ‘revealing photos’
Cop slain in Isabela ambush
Don't miss out on the latest news and information.