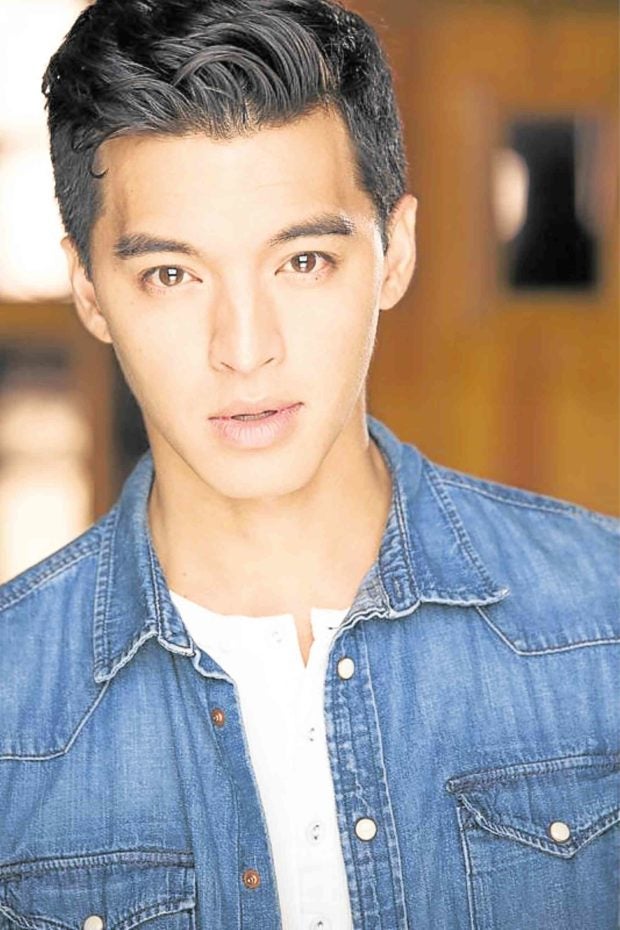 Third of a series

LOS ANGELES—For Carlin James, playing Christopher, the brother of Andrew Cunanan (Darren Criss), in “American Crime Story: The Assassination of Gianni Versace,” is one of the highlights of his acting career so far.

The Long Beach, California native considers it an honor to get cast in the recent installment of Ryan Murphy’s true crime anthology series, which garnered praise from critics who cited the entire cast’s performances and collected 18 nominations in the 69th Primetime Emmy Awards.

James talked about the challenge of “being part of a mixed, Filipino-American TV family that contradicts the model-minority stereotype (understatement).”

He added, “Not to mention, working with Jon Jon Briones and Joanna Adler (who played Modesto and Mary Ann Cunanan, Andrew’s parents). Are you kidding me? Those two are A-plus talents and gracious, amazing people. Just watching them work made me a better actor.”

The Fil-Am’s other credits include numerous TV shows and commercials, including ABC’s “The Middle,” Netflix’s “Dear White People” and the CBS shows, “NCIS” and “Criminal Minds.” Among his recent projects are “Brampton’s Own,” “Broken,” “Turner Risk” and “Indivisible.”

How would you describe your journey as an actor so far? It’s been a rough journey, but one I’m so happy to be on. I’ve struggled, failed and been terrible so much throughout the past few years. But I’m at a point in my life where I can look back and be grateful for all those life-lessons. In my mind, I’m always behind, so I feel like I have a lot more to do to get where I need to go.

How do you prepare for an audition? Any good luck rituals, etc.? When I know I have an audition coming up, it hangs over my head like a cloud. Not in a bad way, but even if it’s a few days away, it’s something I can feel. I start working pretty late at night, and realize I get the most done between 1 a.m. and 3 a.m. I do have a terrible sleep schedule, but it’s something that works for me. I have this weird thing about running my scenes in the shower, too. I swear by it. Every job I’ve ever booked was due to an awesome solo shower-rehearsal.

How do you handle rejection? Much better than I used to! I always say the hardest part wasn’t hearing “No” because that at least leads to closure. The hardest part is working so hard and investing so much time, energy and emotion, and hearing back nothing at all. And that’s usually how it goes. Over time, you accept it and realize there’s only so much within your control. So we do our best in the room, leave it there, and then move on to the next one… like Jay-Z. 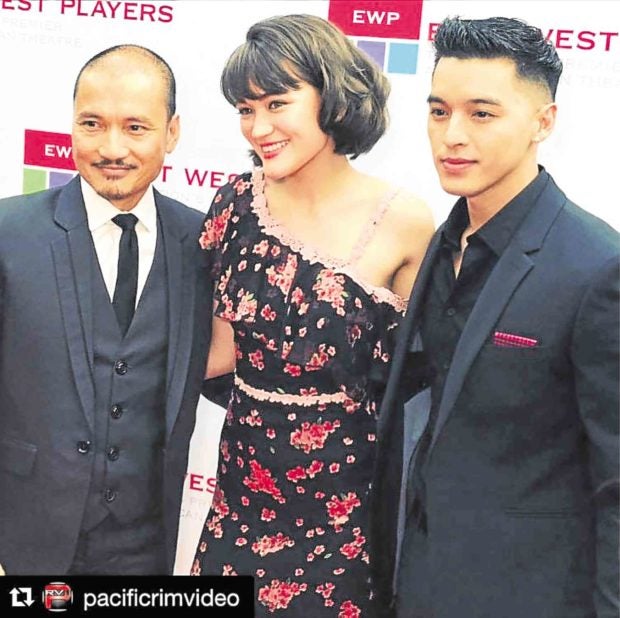 James (left) and his costars in “The Assassination of Gianni Versace,” Isa and Jon Jon Briones

Have there been times when you almost gave up? I never gave serious thought to giving up. Announcing to my family and friends that I was going to pursue a career in acting was big for me. There was never a Plan B, and I couldn’t face them and say, “I give up.” I’m competitive and being told that it would only happen in my dreams may or may not have also played a part in it.

Seriously though, I’ve cried, bled and broken a bone. And I’m pretty sure I’ve gone halfway crazy because of this career-choice. Except Pop-A-Shot (electronic basketball game). I’m really good at Pop-A-Shot.

Do you, as an actor of color, feel that opportunities for minority actors are improving or getting worse? And do you think that the inclusion rider (mentioned by Frances McDormand in her best actress acceptance speech in this year’s Oscars, which is added to an A-list actor’s contract to ensure that the casting and production meet certain levels of diversity) is helping? Absolutely. I feel that opportunities for minority actors are getting better. If you watch a ’90s TV show and then watch a TV show from today, you can’t truthfully tell me it’s not. As a Fil-Am actor myself, I won’t say we’re where we want to be, but I think we’re making good progress. There’s a lot of diverse talent out there building up their resumes and, eventually, they will get the recognition they deserve.

As for the inclusion rider, I can’t say I know for certain its effect just yet. But it can only help. Story is king, and as long as it’s told accurately, I’ll be happy. It’s when you show a group of friends in the ’90s set in New York City and there’s not one POC (people of color), that’s kind of unbelievable.

What’s your stand on whitewashing in Hollywood? I won’t lie. It doesn’t bug my friends and family so much. But for me, it hurts to see it. So much of what we do as actors is dependent on us being comfortable with who we are as people, as real-life, vulnerable human beings. So when I see it happen, it sometimes feels like my self-worth is being slapped in the face. Dramatic, I know. I’m an actor.

This is not a new thing though, and Hollywood is starting to take notice, so that’s good for everyone. We can focus on the problem, but that’d be too easy. I’m just glad that things are getting better, and solutions (such as the inclusion rider) are being talked about.