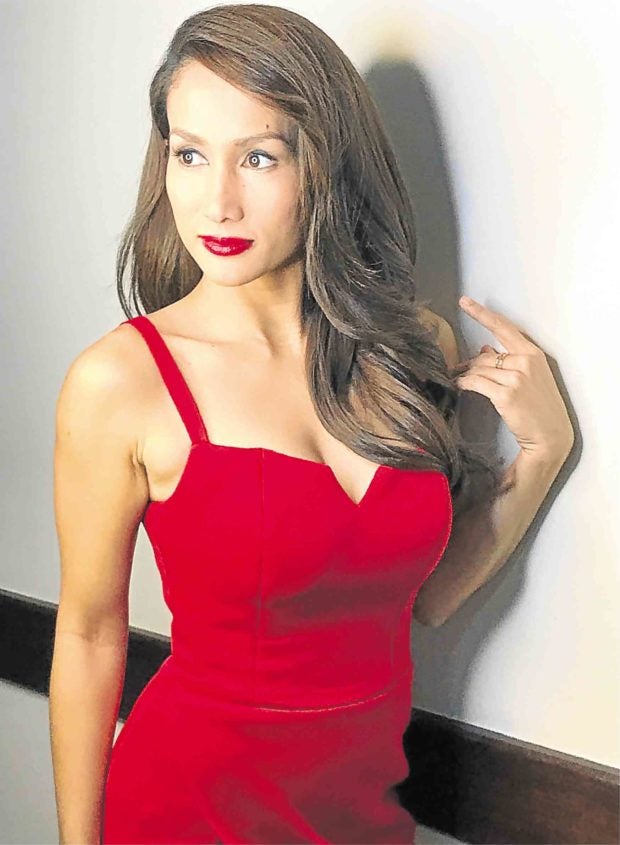 Depression can happen to anyone, even to a screen goddess like Ina Raymundo.

“It happened in 2002, after I gave birth to my eldest child. I gained so much weight, and the stretch marks on my tummy started coming out,” said Ina, convinced that it had been postpartum depression that she suffered from. “Imagine, a woman with a sexy screen image becoming so fat. I cried a lot. I was like, ‘Oh my gosh! What happened to my body?’”

The actress is best-known for her appearance in the popular 1990s beer TV advertisement “Sabado Nights” and its 2017 remake. Now 42, she is married to Ukranian-Canadian businessman Brian Poturnak and has five children.

Ina, who was then engaged to marry Brian, recalled: “I told myself that this was what I wanted: an adorable baby, an amazing fiancé, and a beautiful engagement ring, but I couldn’t explain why I was feeling empty.”

The actress said it helped that she shared with Brian everything that she had gone through. “I was so honest to him, and he was very supportive. He assured me that I’m going to be OK,” she said.

The experience was what encouraged Ina to hit the gym. “As cliché as it may sound, working out makes you feel better. It increases the level of serotonin, a hormone that battles depression, in your body. Sweating it out helps, so I jogged around the neighborhood,” the actress said. “Now, I’m more fit than when … I was still single.”

Depression hit her at a time when she was also questioning her faith, or shortly after colleague Rico Yan passed away, Ina said. “What happened to him made me think about death.” A friend invited Ina to attend a session at an evangelical church, “and that was when I welcomed Jesus in my life. Battling depression led me to become a Christian.”

Mental health problem covers a broad range of disorders, but the common characteristic is that they all affect the person’s personality. It’s an important subplot in Ina’s latest film, James Robin Mayo’s “Kuya Wes,” which features Ogie Alcasid in the lead.

“It shouldn’t be dismissed easily. Mental issues, particularly depression, is becoming more common, especially because of our use of social media. People end up comparing themselves to others who seem to have perfect lives,” Ina pointed out. “The pictures, too, don’t exactly reflect what most people are going through.”

Ina then asked media outfits reporting “sensitive topics” such as suicide to be more objective and discerning. “We shouldn’t glorify the act. We shouldn’t make the person who committed suicide appear cool,” she stressed. ”

“Kuya Wes” is a finalist in the 2018 Cinemalaya, which opens today and will run until Aug. 12.