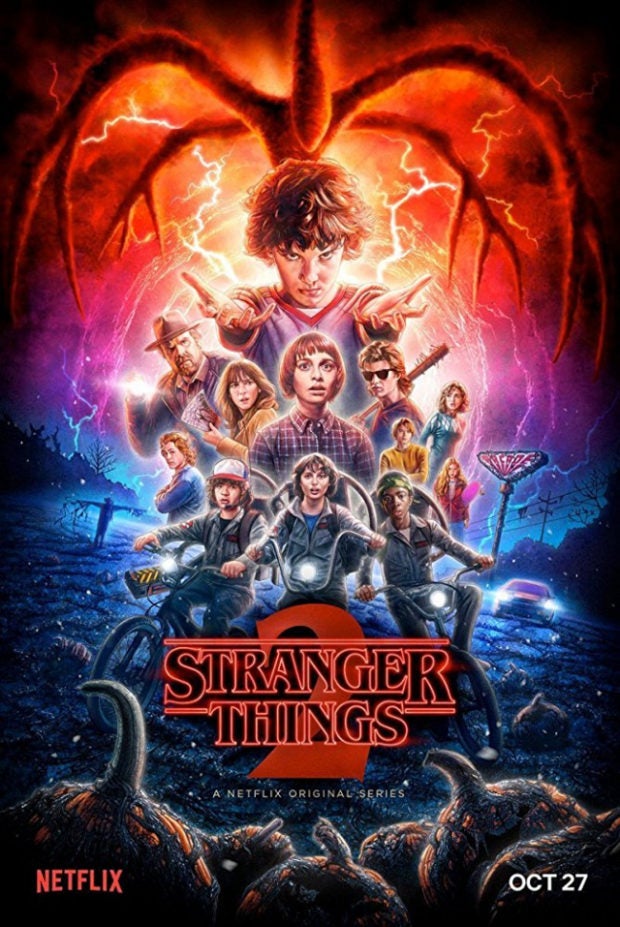 There’ll be a two-year gap between “Stranger Things” seasons 2 and 3. Image: Netflix via AFP Relaxnews

The third season of “Stranger Things” will debut later than expected, and is now set for summer 2019.

Though season one of “Stranger Things” landed in July 2016 and the second a Halloween-adjacent October 2017, we’ll have to wait another year to find out what happens next.

Speaking to the Television Critics Association in Beverly Hills on July 30, Netflix Vice President of Original Programming, Cindy Holland, explained that the show’s creators “really want to take the time to get it right.”

“It’s a handcrafted show,” she said (per Deadline Hollywood.) “The Duffer brothers and Shawn Levy have worked really hard, and they understand the stakes are high.”

“They want to deliver something bigger and better than what they did last year.”

The drama, with tinges of comedy and horror, draws on a 1980s aesthetic, debuted in 2016 and became a big hit for the streaming service.

It made stars out of its young cast, with Finn Wolfhard (Mike Wheeler) going on to appear in “It” and its September 2019 sequel, with Netflix’s “Carmen Sandiego” also due at some point the same year. Millie Bobby Brown (Eleven) has booked a part in May 2019’s “Godzilla: King of the Monsters” and its 2020 follow-up “Godzilla vs. Kong”. CC

‘Stranger Things’ season 3 might not be out ’til 2019, actor reveals

Pinoy kid gets support from ‘Stranger Things’ stars, other celebs after classmates skipped his birthday party