Netflix backs ‘Master of None’ despite sexual misconduct claim 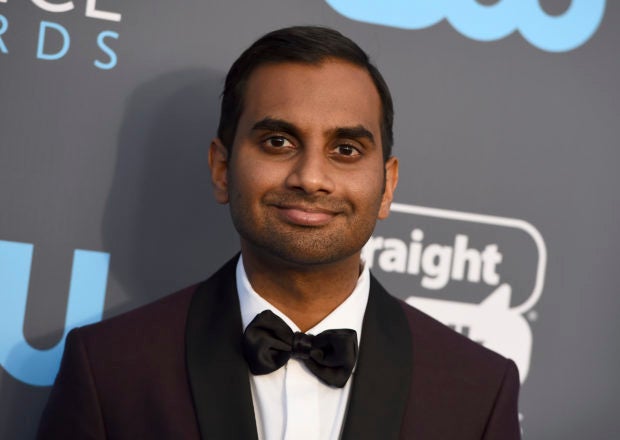 In this Jan. 11, 2018 file photo, Aziz Ansari arrives at the 23rd annual Critics’ Choice Awards at the Barker Hangar in Santa Monica, Calif. Netflix is standing by “Master of None” and Ansari despite a sexual-misconduct allegation against him earlier this year. Cindy Holland, a programming executive for the streaming service, said Sunday, July 29 there’s been thought given to a third season for the comedy starring and co-created by Ansari. Image: Invision/ Jordan Strauss via AP

BEVERLY HILLS, Calif. (AP) — Netflix is standing by “Master of None” and Aziz Ansari despite a sexual-misconduct allegation against him earlier this year.

Cindy Holland, a programming executive for the streaming service, said Sunday there’s been thought given to a third season for the comedy starring and co-created by Ansari.

She added that Netflix would “certainly be happy” to make another “Master of None” season with Ansari, but didn’t commit to it or indicate what the production or release timeline might be. The show about a young, single actor in New York last aired in 2017.

The allegation that Ansari acted improperly on a date was published in January of this year by website Babe.net, which didn’t identify the accuser. The report sparked a public debate, with some saying the claim shed light on aggressive sexual behavior and others dismissing it as a bad date that should have remained private.

In a January statement, Ansari acknowledged that he apologized to a woman in 2017 when she told him about her discomfort during a sexual encounter in his apartment that he believed to be consensual.

Holland was also asked at a TV critics’ meeting about the future of “Arrested Development”, a Netflix series shadowed by sexual misconduct allegations against star Jeffrey Tambor stemming from his tenure on Amazon’s “Transparent”.

There’s been no discussion about whether there will be another season of “Arrested” or if Tambor would be involved, she said.

Tambor was fired from “Transparent” after an actress on the show and Tambor’s assistant accused him of inappropriate touching and sexual propositions, allegations that the actor has denied.

“Arrested Development” star Jessica Walter said in an interview that Tambor verbally harassed her on the set.

At the Television Critics Association’s summer meeting Saturday, Amazon Studios chief Jennifer Salke said a fifth season of “Transparent” is planned but declined to say what the creative direction would be without lead actor Tambor.

Netflix’s Holland expressed approval of the upcoming final season of “House of Cards”, which will wrap its acclaimed run without star Kevin Spacey. He was fired after at least 24 men accused him of sexual misconduct or assault.

The show is ending with season six as planned, said Holland, adding that Netflix is “really proud” of the work that star Robin Wright and the rest of the cast and crew have done. Wright’s character, wife to Spacey’s politician, will be a focus of the last season.

Wait a sec, men didn’t speak up against sexual misconduct at the Golden Globes

Aziz Ansari and the dynamics of sex between men and women

Read Next
‘Simpsons’ creators bring feminism, young talent to new show
EDITORS' PICK
EuroMillions Superdraw: A lottery draw unlike any other is coming to the Philippines
‘Justice will be done,’ Duterte assures as he vowed probe on Jolo incident to bare ‘truth’
Water remains our saving grace right now
Smart releases Hyun Bin’s second TVC
Current dominant strain of COVID-19 more infectious than original—study
DOLE: Return of OFWs’ remains from Saudi to be ‘delayed,’ deadline moved to ‘early next week’
MOST READ
BREAKING: Duterte signs anti-terror bill into law
Locsin warns of ‘severest response’ if China’s army drills in SCS ‘spill over’ to PH domain
Duterte tells military: No other president looked at you the way I did
‘Very timely, historic’: Senators laud passage of anti-terror bill despite ‘pressures’
Don't miss out on the latest news and information.