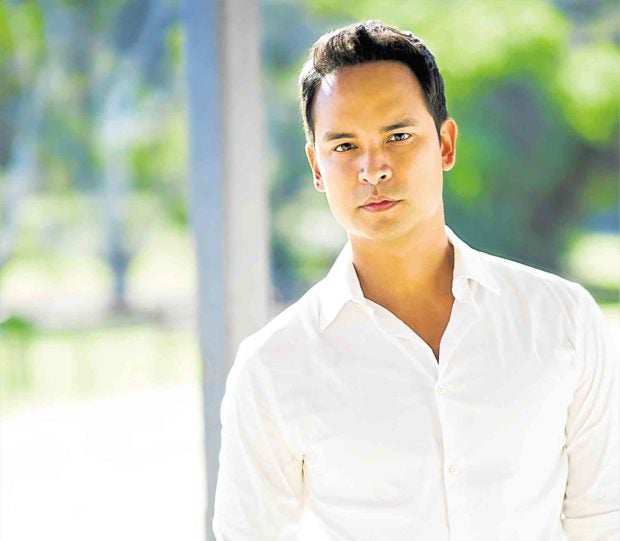 (Editor’s Note: This begins another series on the struggles and triumphs of actors with Filipino heritage in Hollywood.)

First of a series

LOS ANGELES—I have had huge wins, been on hit shows, made big movies, won awards for my stage and audio work, and still have to work hard to keep working and earning my way,” Ramon de Ocampo described his journey so far as an actor in Hollywood.

Also a stage actor, Ramon and the cast of “The Romance of Magno Rubio” won a special citation from the Obie Awards, which recognize excellence in off-Broadway work, in 2003. He played Atoy and voiced Clarabelle in director Loy Arcenas’ production of Lonnie Carter’s acclaimed play based on Carlos Bulosan’s short story on Filipino migrant workers in the late 1930s and early 1940s United States.

Born in the Philippines, the son of former finance secretary Roberto de Ocampo has also found success in the audiobook industry, narrating more than a hundred books, including “This is Where I Leave You,” “World of Warcraft: Traveler” and the “Diary of a Wimpy Kid” series. He has won an Audie Award and 11 AudioFile Magazine Earphones Awards, including best voice. (More about this Fil-Am actor on www.ramondeocampo.com.)

How would you describe your journey as an actor so far? Even though this doesn’t necessarily sound glamorous or glitzy, I think I am what you’d call a “journeyman” actor. Meaning, I’m in it for the long haul, and have put in the time (studying, working, being rejected, and picking myself back up) that someone who is genuinely interested in the craft and profession has to put in, and am happily still on this journey.

It’s interesting—you recognize other journeymen on this road after a while, probably because we all limp from the same rocks in our shoes. It’s nice, though. I love the community of artists/storytellers.

How do you prepare for an audition? Any good luck rituals? Tons. I come from a heavy theater background and find that nothing takes the place of rehearsal, rehearsal, rehearsal. I prep hard. I do my research, keep up with the latest in TV and movies… You have to fit into an already established rhythm and tone, then I do everything I’m trained to—I break down the text for story, the character for understanding, then I rehearse.

Once I feel like I have a connection with it, I call my wife (Lauren J. Irwin). She’s a fantastic actress, and a tough critical eye. We run scenes and work each other through our paces. She’s my good luck ritual.

What is the most frustrating part of trying to land roles in Hollywood? What’s not frustrating? There are a billion people vying for one role at a time. It’s a wonder anyone works at all. And honestly, it’s not necessarily the best, or most skilled who gets the role. Sometimes, it’s absolutely no reason at all.

I know a person who landed a big role in a movie because the director just threw a dart at a bunch of headshots. There’s no real rhyme or reason. So you better love it.

How do you handle rejection? It’s a part of daily life as an actor. You will absolutely get rejected more than you will get accepted. That’s the business. Usually, I’m pretty good at just “leaving it in the room,” and walking away not expecting to hear back anyway, so I don’t notice the rejection so much. But even after so many years of doing it, it’s just absolutely heartbreaking.

Have there been times when you almost gave up? What motivated you to keep trying? No. Truthfully, there has never been a time when I thought I’d not do this. It’s what I do. I don’t think I’m good at anything else. If anything, I have found ways to expand. For example, besides film, TV, commercials and theater, I’ve made a great career as an audiobook narrator (winning the Audie Award, equivalent of an Oscar, for audiobooks).

Do you, as an actor of color, feel that opportunities for minority actors are improving or getting worse? And do you think that the inclusion rider (mentioned by Frances McDormand in her best actress acceptance speech in this year’s Oscars, which is added to an A-list actor’s contract to ensure that the casting and production meet certain levels of diversity) is helping? It’s apparent that there are more opportunities for actors of color. However, it’s also important to note that “more” doesn’t necessarily mean “enough.” I measure it in terms of representation. Is what I see on TV representative of the culture that’s actually watching the show?

More often than not, no. We still have a long way to go. I grew up in Virginia, in east coast suburbia, in the ’80s and ’90s. You turn on TV that reflects that time or area, and you’ll be hard-pressed to find people who look like me there. It’s like we didn’t/don’t exist.

On the second part of your question, I certainly believe that stars who have passed through the membrane of acceptability in Hollywood have the power to shed light on the lack of representation in a way that would make a difference. So yeah, I think McDormand’s idea is great. I hope many more artists with power do it.

What’s your stand on whitewashing—or the casting practice in which white actors are cast in nonwhite character roles—in Hollywood? Of course I despise it. And it’s not because I don’t understand that acting is an art where part of the skillset is “disappearing” into a character who doesn’t look like you. Of course it is. But this is about representation. Why would you deny the audience, who is paying to watch your film, the opportunity to see themselves represented in the “mirror” that you’re holding up to life?

Usually, it is just fear and laziness. Fear to try an unknown actor of color, even though you are coopting their story, and laziness because, often, decision makers are just putting together an economic package.

I hope the fact that the term “whitewashing” is now in the cultural vocabulary will make Hollywood decision makers much more accountable for those major decisions.