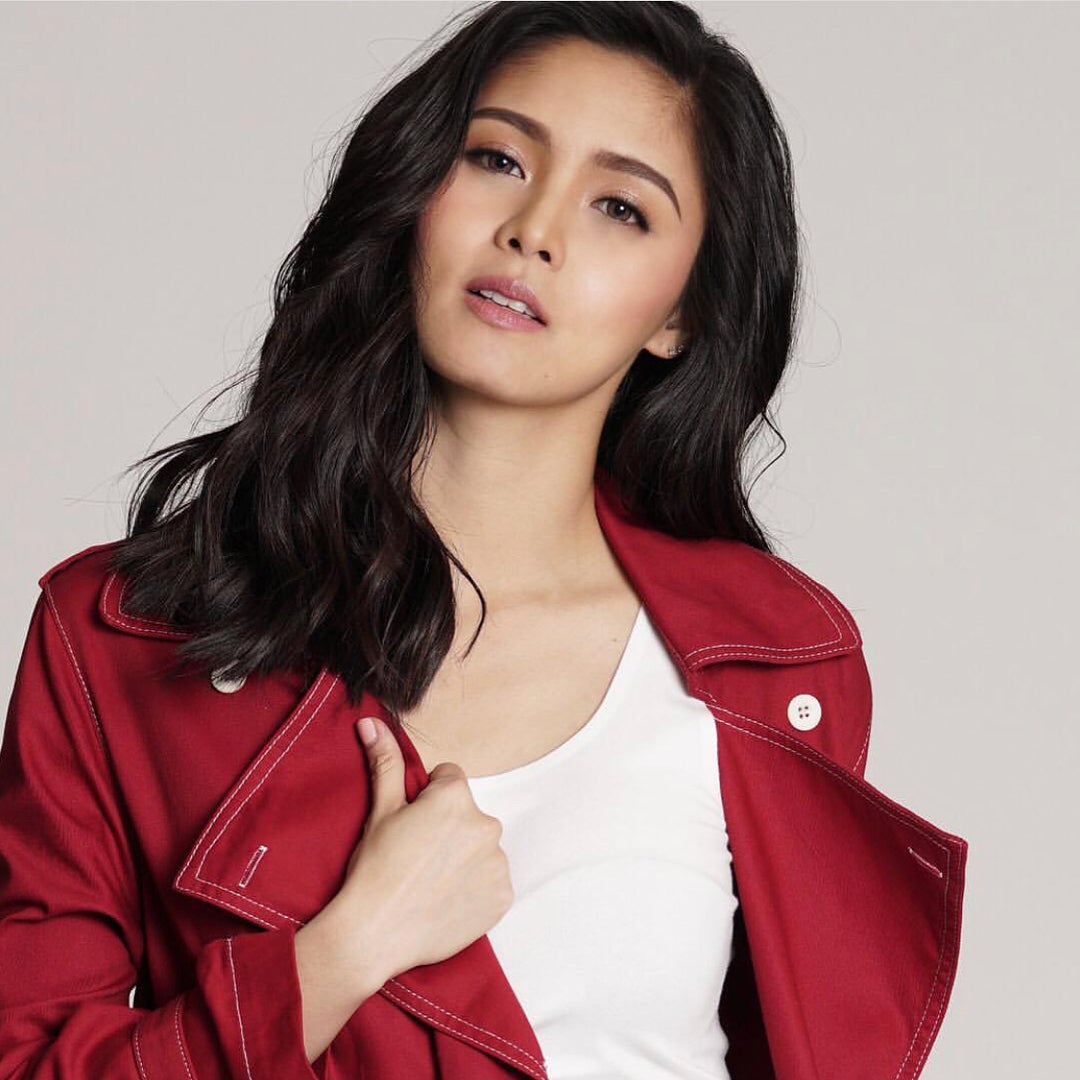 Kim Chiu made the most of her idle time in the car by reflecting on what makes Manila traffic so bad.

Thanks to constant rainfall and the sheer volume of vehicles on Manila’s roads, Chiu decided to think about what made traffic so bad. The actress bullet pointed several reflection questions on Instagram Stories on July 27. She wondered how many cars are on the road in the Philippines and around the world. Chiu also wondered how we would all get anywhere without vehicles, and why the wheel’s inventor decided to make it round. 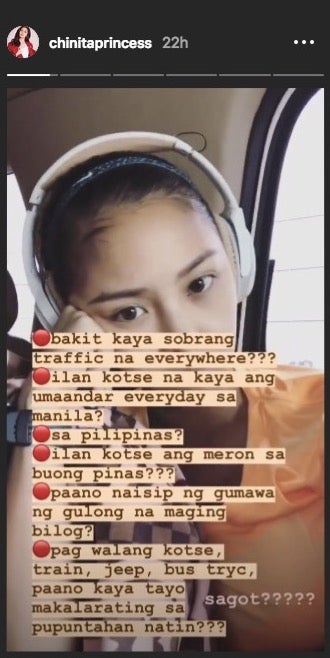 A 2017 study titled “Unlocking Cities,” which was commissioned by Uber and done by The Boston Consulting Group, said traffic in Manila would be at a standstill by 2020 during peak hours. This could also be said for the cities of Hanoi, Jakarta and Ho Chi Minh.

Part of the problem as attributed to the sharp increase of vehicles plying the roadways and the undeveloped public transport networks.

The Department of Transportation has already rolled out a number of projects to ease the traffic, which includes constructing the first subway system under Mega Manila. However, these projects still need to be built over the years before commuters can reap the benefits.

For now, people like Chiu and other professionals who constantly move to different locations for work can do little but suck it up and find ways of entertaining themselves while traffic crawls forward ever so slightly. Or like Anne Curtis, they could take to the skies and ride a helicopter to work.  /ra