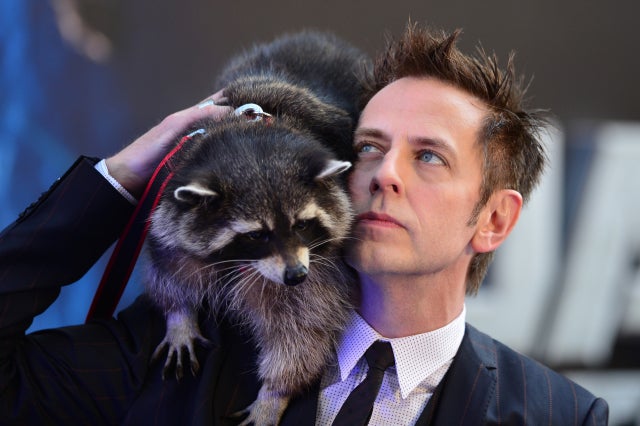 More than 240,000 people have signed a petition for Disney to rehire “Guardians of the Galaxy” franchise director James Gunn. Image: AFP photo/Carl Court

More than 240,000 people have signed a petition for Disney to rehire “Guardians of the Galaxy” franchise director James Gunn, who also garnered celebrity support just days after he was axed over a series of offensive tweets.

“I’m smart enough to know this most likely won’t change anything but hopefully, this could get Disney to realize the mistake they made and not do it again in the future,” said a person named Chandler Edwards, who launched the petition on Change.org.

“I agree on the point that if people say a bunch of stupid shit while working for a studio, the studio has full right to fire him over the possible controversy.

“This situation is very different, though, as he made these jokes years before he was working for Disney and also the fact that they were jokes.”

Edwards argued that if Gunn was being punished by being removed from the third installment in the popular series, “you have to do it for all the other directors who have said some crappy joke sometime in their life, which is all of them.”

The tweets, mainly from 2008 and 2011, joked about taboo topics such as rape and pedophilia.

Gunn, 51, has been an outspoken critic of President Donald Trump and has drawn the ire of conservative critics, who went back through his timeline and dug up the tweets.

“What will you do when the #cybernazis attack you? Who will stand by you? Who will cowardly distance themselves from you? Who will punish you for horrible JOKES in the past instead of defending you for INSPIRING millions? MILLIONS!!!” he wrote.

After the offensive tweets resurfaced late Thursday, Gunn used the micro-blogging platform to say “I’ve developed as a person, so has my work and my humor” after early years as a “provocateur.”

Gunn, who has deleted his account, described himself as a “very, very different” person than when he wrote the tweets, now focusing on love rather than anger.

Gunn directed both “Guardians of the Galaxy” films. The third film in the series is due out in 2020.

Barr has said she was targeted because of her vocal support for Trump in an industry that largely opposes him. MKH

WATCH: ‘Guardians of the Galaxy’ as an adventure game