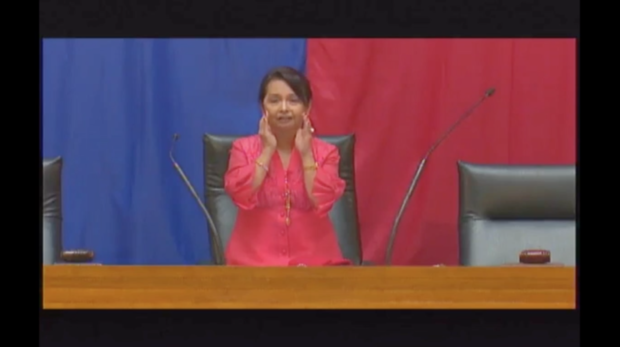 Many were surprised when Pampanga Representative Gloria Macapagal-Arroyo took her oath as the new Speaker of the House of Representatives yesterday, July 23, minutes before the supposed start of President Rodrigo Duterte’s third State of the Nation Address.

Celebrities were no exception and made use of their respective platforms to react to the “coup d’état” that happened in the Lower House.

House of Cards or Game of Thrones?

Musician Jim Paredes, on the other hand, made reference to J.R.R. Tolkien’s “Lord of The Rings.”

“The King of the [Orcs] is replaced by Gollum!” he said, perhaps comparing former House Speaker Pantaleon Alvarez as the “King of the Orcs” and Arroyo as “Gollum.” In the fantasy novels, the Orcs are servile henchmen while Gollum is a creature corrupted by the all-powerful One Ring.

The King of the Orks is relplaced by Gollum!

TV host Bianca Gonzalez echoed the surprise Filipinos must have felt after learning that Arroyo took her oath as the new House Speaker. “CGMA in the House Speaker’s seat for the SONA after everything that happened.. did not see that coming,” she wrote.

CGMA in the House Speaker's seat for the SONA after everything that has happened.. did not see that coming.

“And she’s back. With a vengeance,” she said. “Just like that, folks. Aminin ninyo, marupok tayo (Admit it, we’re weak).”

She also speculated that Arroyo probably thinks the “new players in this political game” are “amateurs” after the power struggle.

Prolly CGMA to the new players in this political game.

Isidro also commented on a photo of Ilocos Norte Governor Imee Marcos posing with the peace sign while Arroyo resorted to shouting after the sound system was turned off. “Women cry #Enough. In this case, I cry ‘Enough, women!'” she wrote.

In this case, I cry

Gonzalez retweeted a similar statement from sociologist Nicole Curato about the country’s current women in power.

“I am all for women taking power but this photo is problematic on so many levels,” said Curato. 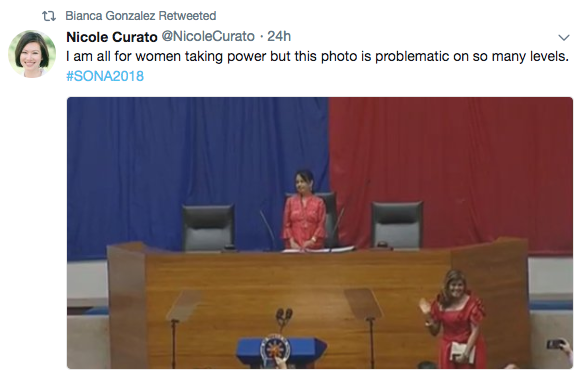 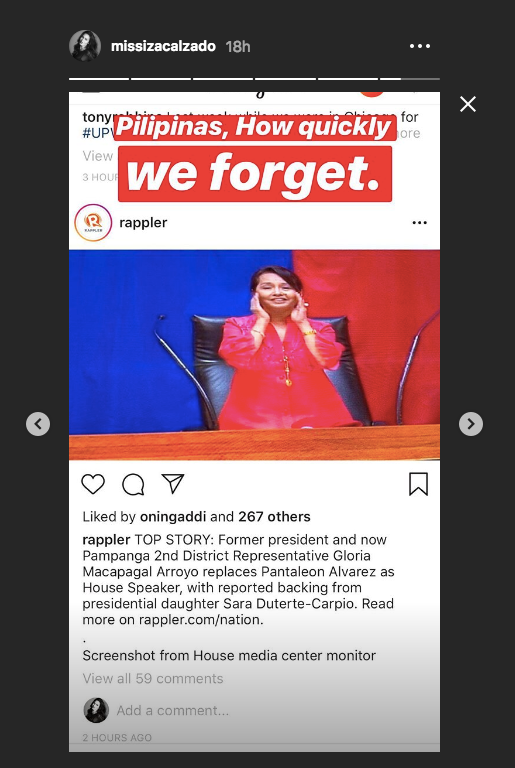 (Wow! The SONA has a plot twist. Our love lives don’t! Time to go home!)

Other celebrities used their platforms to share memes of Arroyo shouting while the speaker system was turned off.

Jake Ejercito shared in his Instagram Stories a meme featuring the new speaker supposedly singing to the lyrics of Andrew E. and Salbakuta’s “Stupid Love.” 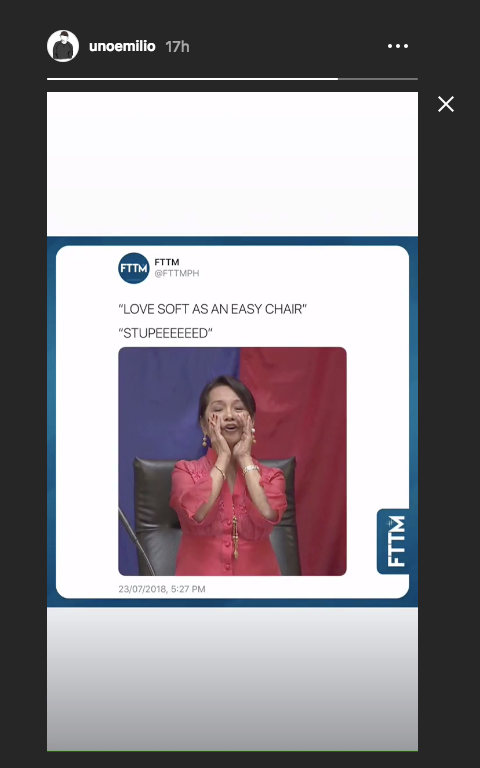 Kris Aquino, meanwhile said that while she has resolved to stay away from politics, the Arroyo meme featuring a line from her recent movie “I Love You Hater” made her “giggle.”

“Iba tayong Pinoy. Lahat kayang gawan ng meme. (We Filipinos are different. Anything can be made into a meme),” she wrote. 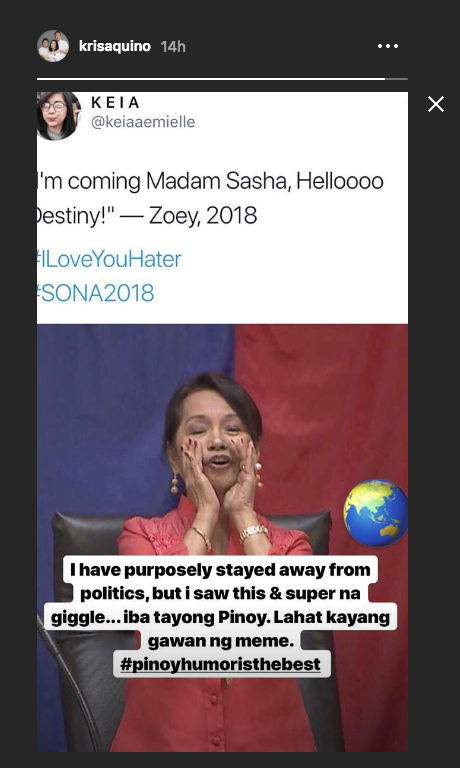 Arroyo became the 21st House Leader and the first woman to hold the position. She was elected by 184 members of the Congress. NVG

‘Pilipinas S03E18’: This year’s SONA brought out the biggest plot twists and crossover in history