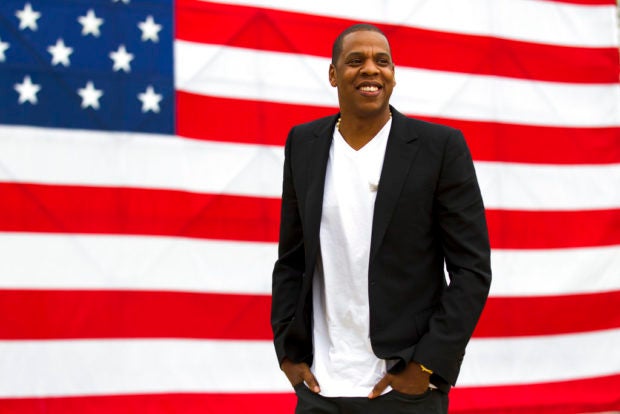 FILE – In this May 14, 2012 file photo, entertainer Jay-Z smiles after a news conference at Philadelphia Museum of Art in Philadelphia. Jay-Z’s Made in America music festival will stay in the heart of the Philadelphia. Mayor Jim Kenney and Roc Nation’s chief operating officer said Monday, July 23, 2018, the festival would remain on the Benjamin Franklin Parkway as they work out operational issues. Image: AP Photo/Matt Rourke, file

The rap mogul’s Made in America music festival will stay in the heart of Philadelphia after Mayor Jim Kenney reversed course on his decision to move the event.

Kenney and Roc Nation’s chief operating officer said Monday the festival would remain on the Benjamin Franklin Parkway as they work out operational issues.

“We think it’s a very important event for the city,” Kenney told reporters at City Hall. “We think it’s important for our profile, for our tourism and we want to make it work.”

Earlier, he said in a statement that the event belonged in Philadelphia — “the birthplace of our country” — and he was “optimistic that we can turn an unfortunate misunderstanding into a positive outcome and even stronger event.”

The city had said last week the annual festival would need to move to a new location starting in 2019, citing how long it takes to set up and knock down the two-day festival.

“It was overload with the folks out there, because we had the NFL draft, we have the Fourth of July thing, we have Made in America and there are events out there — there’s runs out there all the time —and those people just get a little fatigued. But we’ll figure out how to address those problems,” Kenney said.

Jay-Z, whose hits include “Run This Town,” had accused the mayor of showing “zero appreciation” for what the festival had done for Philadelphia.

Made in America draws up to 50,000 people annually to the parkway, a heavily visited expanse of museums, monuments, fountains and the famed “Rocky” steps at the Philadelphia Museum of Art.

Amid the controversy, Milwaukee officials extended an invitation to Jay-Z to bring the festival there.

Nicki Minaj, Meek Mill and Post Malone are set to perform this year in Philadelphia.

“We are happy to announce the Made in America festival will continue at the heart of the Philadelphia, the Benjamin Franklin Parkway for many years to come,” Desiree Perez, chief operating officer of Roc Nation, said in a joint statement with the mayor. MKH