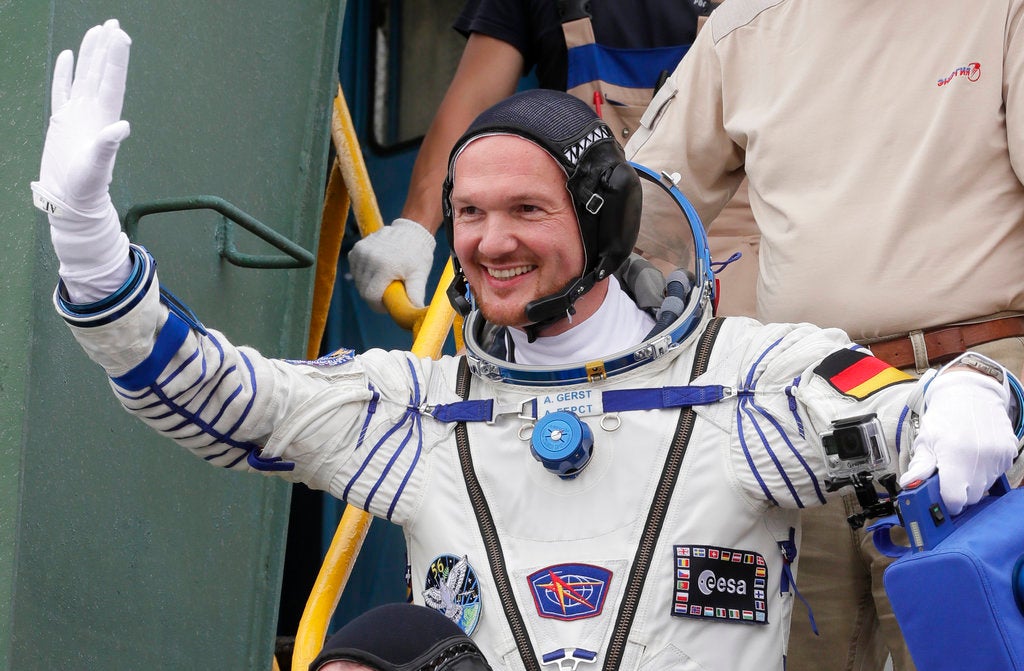 In this Wednesday, June 6, 2018 file photo, German astronaut Alexander Gerst, crew member of the mission to the International Space Station, ISS, waves as he boards prior to the launch at the Russian leased Baikonur cosmodrome, Kazakhstan. Image: AP Photo/Dmitri Lovetsky, file

BERLIN (AP) — Kraftwerk fans are used to hearing otherworldly tunes, but the German electronic music pioneers took it to another level at a gig in Stuttgart.

Using a tablet computer with a virtual synthesizer, Gerst played a duet of Kraftwerk’s 1978 song “Spacelab” with the band Friday night to cheers from the audience.

He’s not the first space musician. Canadian astronaut Chris Hadfield recorded a cover of David Bowie’s “Space Oddity” and played a duet with the Barenaked Ladies while 400 kilometers (250 miles) above the Earth in 2013.

American astronaut Ron McNair planned to play saxophone from orbit with Jean Michel Jarre in 1986 but died in the Challenger tragedy. NVG

Trio of astronauts blast off to international space station

Kalinga woman reaches for the stars through work with astronauts